How a Burn Victim Became a Beauty Inspiration

May 10, 2016Written by Safe and Healthy Life Expert

Makeup for many women may not only make a face prettier like highlighting the cheek bones and making lips full and pouty, but it also serves as a confidence booster. For instance, eyelash growth products make eyelashes voluminous, thicker and longer – and it also makes someone feel beautiful again amidst having thin lashes out of health reasons like taking medication for a stomach ulcer. 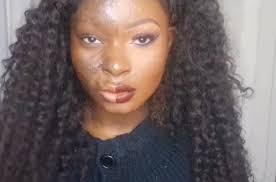 For burn survivors like Nikkie Nchom from Nigeria, the power of makeup is used as an everyday shield against people’s judging gaze and snooping questions. Some people have to turn to makeup not only because of fad or glamor but because they need to. The recent video of Nchom on YouTube has created a buzz in the online community as she shared about her burn incident and how she uses makeup as coverage. She also inspires viewers to love themselves, with our without makeup.

According to Nchom, she had a frying oil accident at her family’s food store when she was 9, resulting in severe burns to her face, neck and head. It was a painful experience that scarred not only her skin but also shattered her spirit and confidence. She confessed that her life after that fateful day had turned her life upside-down. “I was stared at by kids and older people whenever I stepped out,” she said. She was bullied at school. It made her feel like she’s a living statue that people came to see. She encountered many unpleasant experiences with people, which pushed her to be uncouth to people who are staring at her. She cried many times too.

For quite some time, Nchom has suicidal thoughts. She was too far from seeing herself as beautiful – the right shade of lipstick, the best toner for her face, the new eyeshadow trend did not matter to her anymore. Feeling normal again had been a constant struggle. People’s piercing stare and nasty remarks made her feel so little and dreadful inside.

The change didn’t come easy though despite moving to the United States. Her aunt who lived in the U.S. helped her family get visas so she and her sister can get reconstructive surgery. It was supposed to be a great opportunity for the whole family to start fresh in a small town in Maryland. Bullying did not stop. Nchom recalled that she had a scarf and wig on, so people wouldn’t notice that she was bald.

When Nchom met other victims who were worse off than her, it made her realize that someone else may be going through a tougher time and that she should be grateful of what for what she has. It completely changed her perspective.

At a young age, Nchom turned to makeup to cope. She was 13. According to her, she had to start young to stop kids at school from making fun of her. She began to love the artistry and eventually learned to perfect many makeup techniques.

When she was 17, she started creating makeup tutorial videos and posted them on YouTube using an alias, ‘Shalom Black’. Her video ranges from tips and tricks to cover acne and burn scars to a rendition of Rihanna-inspired makeup, and more. Now that she’s 20, she’s no longer an amateur makeup artist but has grown to be a talented and popular one. Her makeup tutorial videos have been inspiring many women around the world and shut down makeup-shaming haters and Internet trolls. The empowering transformation of Nchom, whenever she puts on makeup to conceal her scars, is just amazing.

You can go through the most popular makeup tutorial by Shalom Black that you’d want to watch from YouTube. You have probably seen a lot of makeup transformations, but this one is uniquely dramatic and inspiring.

However, amidst the makeover, Nchom advised that makeup is not the reason why she’s happy; it is because she learned to love herself again. She’s hoping her videos could help people with acne scars and burn scars to use the power of makeup to regain their self-confidence, as well as inspire someone to love what he or she sees in the mirror and to appreciate their natural beauty. 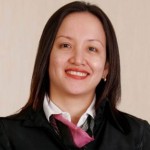 Margaux Diaz is Beauty Adviser. She is an inspirational writer who firmly believes in the power of self-motivation. She has a keen interest in helping others, build up their knowledge and self-confidence, and provide them guidance regarding skincare and beauty tips. To get more tips regarding health and fitness connect with her on Facebook, Twitter and Google+