Egg and cholesterol – Myths and Realities! 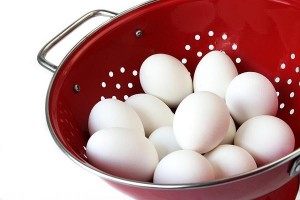 There has been much controversy over the issue of egg cholesterol and risks of consuming it. Although there are still doubts about this, every time we have clearer information and evidence-based. Today we have valuable information for you about the egg and its nutritional properties.

The egg is a food of high nutritional value, is accessible although in recent weeks has increased the cost and it is easy to digest and contains proteins that are highly absorb-able. In recent years there has been much talk about high cholesterol foods and more people are on the lookout for the recommendations to avoid foods that could jeopardize their cardiovascular health. Institutes or agencies that create nutritional guidelines tell us to eat less than 300 mg of cholesterol per day, especially elderly people. We have seen that the egg yolk contains significant amounts of cholesterol and that is why it has been said that we should not consume moderate their consumption. Just one egg contains on average 250-300 mg of cholesterol, and if you eat other foods of animal origin such as milk, cheese and meat, we would be exceeding the recommended amount.

High cholesterol causes blood to form plugs in our veins and arteries, causing heart disease and circulatory system, and causing strokes. That’s why it’s important to watch how much cholesterol we eat.

The egg is a source of nutrients. One piece contains 10% of the protein we need per day, as well as vitamins A, B12, D, K and riboflavin. It also is a source of choline, important for brain development and maintenance, as well as lutein and zeaxanthin, which help maintain good vision.

We can eat one egg a day if we reduce foods that contain cholesterol. One thing we can do is to eat only the egg whites, which contain a good amount of high quality protein and no fat. This way we can eat a whole egg 2 times a week and clear the rest of the week without having to worry about the cholesterol issue.

The eggs may be infected with bacteria, particularly Salmonella. It is important to keep eggs refrigerated and make sure it is cooked through these bacteria die with high temperatures.

Recall that to lower blood cholesterol, we should eat fruits, vegetables, whole grains (especially oats) and legumes because their fiber helps to remove cholesterol. Thus, although we include cholesterol foods such as egg, can promote the health of our fiber protecting arteries.

Some interesting facts about eggs: