Irregular Periods: What are its causes and treatments? 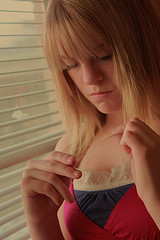 Few women have the rule at 28 days, as most have a cycle of 21-35 days. Periods lasting more irregular. Often, irregular periods are caused by stress or hormonal changes. However, if the deficiency is chronic, you should see a specialist.

Only 10% of women have their menstrual cycle exactly 28 days. Most of them have the rule over a period ranging from 21 days to 35 days. However, if a woman has its cycles longer than these, is considered to have irregular periods.

When it comes to a woman in the early years of its development, it is common to have irregular periods because the metabolism requires some time to regulate these cycles. However, once this stage, it is necessary to consider the factors that may be causing this irregularity. It is assumed that women 25 to 39 years experience on a regular cycle, although women between 40 and 44 years suffer again some slight variations in its period.

Menstrual cycle time is defined by the length of ovulation and this stage can be influenced by a variety of factors that produce irregular menstrual periods. External factors influencing ovulation are the length of day and the lunar cycle. However, internal factors are the most relevant, such as moods, anxiety, stress or a hormonal disorder.

These irregular periods can be of two types: oligomenorrhea when the woman has a small number of rules per year, or amenorrhea, ie when there is a total absence of menstruation. While oligomenorrhea may reflect the natural cycle, the amenorrhea always caused by some internal factors, assuming these are not caused by pregnancy.

The most common cause of irregular periods is anxiety and stress. If your period is irregular casual, no need that you go to the doctor. Once your anxiety disappears, the cycle will return to normal without any treatment. However, if the deficiency is chronic, you must consult a doctor.

Dysfunctional uterine bleeding is the most common cause of chronic irregular menstrual periods. It is abnormal vaginal bleeding that is linked directly to a hormonal change. Besides oligomenorrhea, dysfunctional uterine bleeding is accompanied by other symptoms such as excessive hair growth, hot flashes, mood swings, and vaginal dryness. If the rule is abundant, the woman may also suffer from fatigue or anemia.

Usually, the most common treatment for irregular periods is birth control pills or progesterone. If the bleeding is heavy and is accompanied by pain, it may require implantation of an intrauterine device that excrete hormones. In this case, are also prescribed for removing iron supplements anemia.

However, more severe cases that do not respond to these treatments may require surgery. Usually, in these cases, irregular periods are a symptom of the uterine disorder, as the presence of endometrial polyps, endometrial thickening or a cyst.

While most periods last from 3 to 5 days, anywhere from 2 to 7 days is normal. Normal menstruation:

I am 14 years and I have not my first period yet. Is it normal? 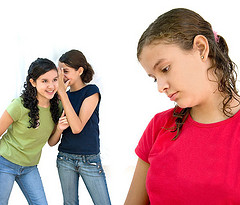 The period of a young, also known as menstruation, begins after she has entered puberty. In most girls, puberty usually begins between ages 10 and 16, but it’s normal in some start earlier or later. On average, girls have their first period between 2 and 2 1/2 years and a half after the first signs of puberty (although breast development is usually the first sign of puberty, sometimes appears before the pubic hair).

Another clue that may help you discover when you might get your period is the presence of vaginal discharge in your underwear. This mucus, clear or whitish, usually appears about 6 months before the first period.

If you’re worried about not having your period yet, ask your mom how old she had her first period. Young women who have their first period later than the average often find that their mothers or other female relatives also went through puberty at a later age than average.

What sets menstruation other characteristics of puberty, such as breast development, is that nobody realizes is happening to you. Therefore, no one will know that you have not had your period unless you choose to share that information. Some girls may not get their first period until they are in high school and that’s absolutely normal.

The mere fact that at the age of 14 years, if you have not your first period does not necessarily mean there is a problem. However, some young people may not get their first period for other reasons. Girls who are below their normal weight or suffer from eating disorders such as anorexia nervosa may notice a delay in the start of your period. Girls who are very athletic may not get their first period until they stop exercising or competing so intensely. Severe stress or certain diseases can delay menstruation.

It is also possible for a girl to get pregnant before her first period. When a girl gets pregnant, you will not have your period until you stop being pregnant.

If you care to know when you have your first period or think a health problem is delaying your period, consult your doctor.