May 5, 2013Written by Safe and Healthy Life Expert 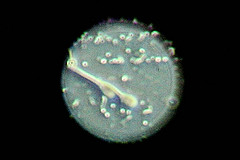 The Medical Center of Assisted Reproduction (CREA) has recommended to young people between 15 and 35 are made of your semen analysis as a first step in the early detection of testicular cancer and other diseases of the male reproductive, whose treatment could prevent certain diseases such as infertility.

That Valencian medical center has launched a campaign to prevent testicular cancer, which will run for six months, in which analyze free semen samples were youth who request it.

It is one of the tumors with better prognosis for cure, if diagnosed early

Although the incidence of testicular cancer has increased in recent years in developed countries, is one of the tumors with the best prognosis for cure, especially if diagnosed early, since their healing can be 90% in these cases, according to the director of Andrology Reproductive and Co-director of CREA, Miguel Ruiz Jorro.

There is a higher probability of the existence of a testicular tumor when palpated a mass in the testicle, chronic moderate pain in the genital, history of cryptorchidism (alteration in testicular descent to the scrotum), or low sperm count.

Doctors usually recommend an ultrasound to assess the state of the male gonads and the possible existence of a serious condition. However, in patients with very low sperm counts may not be accompanied by any other evidence, and the only way to know this data is to perform a semen analysis, according to Ruiz.

“The lower sperm count, the more likely it is that there is a severe pathology of the male reproductive system,” said Miguel Ruiz, who added that when it detects a change in the semen we always recommend a study clinical andrology. “

In the results of the semen analysis of more than 500 candidates for sperm bank donors CREA, they discovered the existence of testicular cancer in two of them. 25% young people provided a semen sample had a low sperm count and this count was greatly diminished (less than one million sperm per milliliter) in 2.9% of cases.