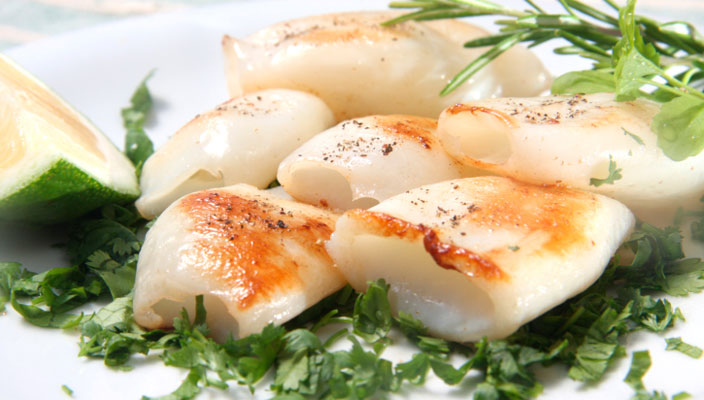 The Japanese have always been the ideal diet that most Western dietician roots for. It is low in fat, less dairy, high in carbohydrates, rich in soy and very healthy. Though these can be complex than most are made to believe, it can be said that the Japanese diet can be boiled down into the fact that they have inherited the principles of healthy nourishing from their past and their culture.

While most western countries are scouring into more and more saturated fat-laden fast foods, the Japanese tried hard to maintain their traditional and fish-laden diets. They’re love for healthy and vegetable centered side dishes also did the job of lowering obesity in the country.

Although the Japanese have the same cholesterol, blood pressure and type 2 diabetes rates as those in the US, the Japanese have less than half the rate of the heart disease rate. And yes, it’s their diet and lifestyle and nothing else.

The Type of Japanese Diet

Japanese ate more fish than their western counterpart. In a study conducted, Japanese men have twice the level of omega-3 fatty acids in their blood and system than other in western countries but this doesn’t extend to Japanese who are reared and has grown up in other countries since the latter has immersed in the adopted countries culture and eating ways already.

According to numbers, although Japanese people constitute only 2% of the world’s population, its people eat 10% of the world’s fish. For this, the Japanese have a lesser level of atherosclerosis or the plaque building and artery-blocking condition that leads to heart problems.

What are the sources of omega-3?

It’s from the sea, their secret. Fishes in the ocean contain the DHA and the EPA, two known omega-3 fatty acids. Although it can be found in most plant sources as well in form of ALA still the marine sources stand out better since ALA, or plant-sourced omega-3 tends to undergo a process to be converted to EPA then to DHA and may compromise its benefits after the process.

Omega-3 has been hailed in most science and nutritional journals as it has become a very useful supplement to fight off diseases. Omega-3 is known to fight off certain kinds of cancer and help in raising insulin sensitivity for diabetics.  It is also known to be very helpful in terms of menopausal symptoms and in combating dementia and other mental illness like depression.

Japanese favorite fish include salmon and fresh tuna. Mackerel, sardines, and herring are also always found in most meals. They’re heart-healthy and mood-boosting as well.

Japanese people have a typical fish dish called hoshizakana which is marinated for 20 hours in soy sauce and in wine then dried and hung for a day. This then is baked in the oven and is served as it is, no more dips nor sauce. Another typical fish diet o Japanese includes fish soup which includes all the organs and the bones and is known locally to strengthen health and is good for anemia.

Although the Japanese culture has added a twinge of western culture due to modernization, their diet still is conscious of fats and against calories.

Most Japanese takes in 1 gram of omega-3 a day which is 8 times the amount of those in a western nation. The Japanese diet can be summarized in three ways:

But what distinguished Japanese more could be their better discipline and their avoidance of gorging in one menu? They have varieties in their meal which teases the palate and most of the time makes them aware that they are already full. Also, Japanese serving dishes are mostly in beautiful designs which psychologists say adds to eating less and the low obesity rate of Japan since they’ll admire the utensils first before finally eating. This may sound a bit crazy, but it has been rooted in scientific reasons. 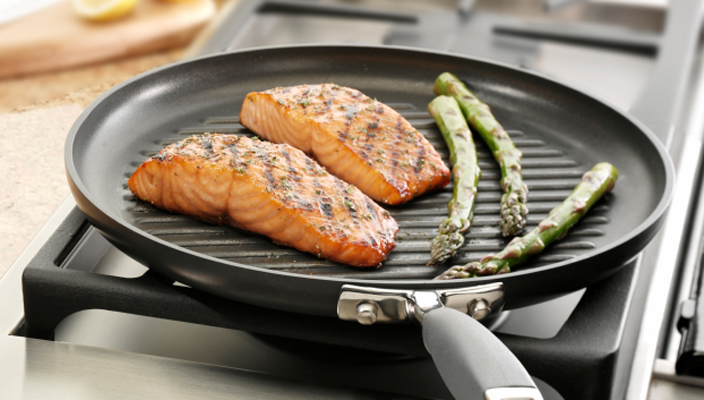 So if trying to emulate the low fat and high omega-3 Japanese diet, you can opt to go as a fish fan. Or if not, fish oil and other omega-3 supplements can be available. Its benefit includes lowered risk of heart attack, aids in diabetes and can help fight chronic pain. Fish oil supplements, krill (small shrimp-like) oil and calamari oil are three of the leading omega-3 supplement in the market today.

Omega-3 is fat so why is it Healthy?

There are different kinds of fats. Some fats are just health wrecking but some can help fight off disease. The latter is where omega-3 belongs. It is in the PUFA group or the polyunsaturated fatty acids. What one should avoid are saturated fats which can clog arteries, cause stroke and raise the LDL or the bad cholesterol.

Another healthy fat which can help could be the monounsaturated fat. Most PUFAs can be taken from the likes of fish oil, krill oil, and calamari oil. Although in the past many have been puzzled as to how the Japanese people continue to be one of those who get less disease and less mortality rate, it now has taken some light since the several studies on the topic of omega-3.

Japanese and the Omega-3 Hypothesis

Almost four decades ago, a certain study has been conducted among Eskimos of Greenland. Eskimos eat little fruit and vegetables, complex carbohydrates, high in fat and cholesterol but they have very low heart disease. The reason has been zeroed down into their large fish consumption as well as their diets of whale and seals and this has been the basis of the Japanese Hypothesis as well.

These same reasons have been taken for the Japanese case.  Japanese tend to eat low-fat diets and piles on the omega3 diet.

Low Cholesterol. Although the Japanese food market has now been saturated by most western fast-food chains, still many Japanese adhere to traditional food and cooking. Low cholesterol is one major factor in the Japanese diet. Like you can’t find a chicken fried steak in the country and most Japanese people eat less red meat and little to no foods that have saturated fats. Most Japanese dishes also contain ginger which mostly helps in lowering cholesterol.

Less Cancer. Although it has not been established yet, according to experts, the reason may be from the fact that they have more green tea and more fishes. Green tea has polyphenols while fishes contain omega-3, a purported anti-cancer property.

Seaweeds. Yes, Japanese people love seaweeds. Since they have scant resources, they resulted in dishes that make use of these water plants. These plants are tasty and healthy while it can give various nutrients and to remember, these same seaweeds are the same food that most marine life consumes.

Rice. White rice in short-grain variety is very beneficial for health. Although it’s high in calories, there is a lesser-known weight gain phenomenon due to this. This can be due to the fact that Japanese side dishes, on the other hand, contain lesser calories. So a bowl of rice that fills you up can always be better than meat bread and even potatoes.

Soy. Soy is low in fat, yet high in protein. It’s the best substitute for meat and can lower blood pressure. Although the Japanese diet has a high consumption of fish, another source of its omega-3 and low-fat diet includes their soybeans consumption. Fermented soy sauce is a staple in their prepared dishes. Another food they have which contributes to their healthiness based still in soy is tofu, miso, and natto and to be sure, most Japanese only choose organic soybeans.

Reasons Why Japanese are Heart Healthy

The one big reason? It’s due to their low fat and high omega-3 diet and no one can argue with that. Although now the Japanese calorie and fat levels are on the rise, so is the world still, they haven’t forgotten that they still have their traditional foods to turn to.

Speaking of traditional foods, would you be up for low fat and heart-healthy Japanese recipe? Yes? You can first try out some authentic Japanese restaurant and if you like the idea after, you can go recreating these dishes. Most Japanese recipes are easy to recreate and would be requiring some ingredients you can find in grocery stores but of course some would require some organic ingredients, so you have to search for it.

Author: Roselen is an e-book writer, a health blogger, and a magazine contributor. She also loves graphics designing and finds more fulfillment in seeing her designs and written works online.