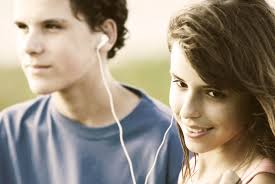 Sexually Transmitted Diseases (STDs) have been on the rise amongst the teens in America. According to studies done by the Centers for Disease Control and Prevention (CDC), more than 110 million cases of Sexually Transmitted Infections (STIs) have been reported among men and women. This number captures both existing and new infections. Annually, the number of new infections among teen girls and boys is growing at almost the same rate. This is a worrying trend that needs to be addressed conclusively.

Many of these cases of infections are happening among sexually active teenagers. They also cut across a diverse background including the African-Americans, the Hispanic and the Whites. In terms of numbers, African-Americans are leading followed by the other races. STDs are non-discriminatory in that they affect anyone regardless of their backgrounds and status in society.

The Reasons Why the Teens Are the Riskiest Group

The teenagers most of them school going children are the most affected by STDs. Most of these teenagers do not know what sex is all about yet they are among the most active. This lack of sufficient information has put them at a higher risk of getting infected. According to Nora Gelperin who is a sex education expert, adult support in the form of advice is lacking in shaping decision making within this group.

Despite the increase in condom use, there is still more that needs to be done as far as protective education is concerned. According to the CDC, 6 out of 10 sexually active students reported using condoms in their sexual engagements. The picture painted here does not convince the experts because they believe something more needs to be done to increase the uptake of protective measures. Dr. Elizabeth Alderman a medical specialist at a children’s hospital in New York, believes that abstinence education programs are great but need to be supplemented by protective sex education. 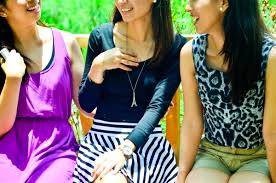 Failure to go for STD testing has also been cited as a storm in a teacup. According to research, less than 50 percent of individuals aged between 18 and 44 have ever been tested. This is a grim statistic bearing in mind that some STIs cannot be identified easily unless testing is done. The danger posed by the lack of testing is that the teens end up spreading the infection to other people without their knowledge. Dr. Margaret Blythe who is a specialist in adolescent medicine from the Indiana University School of Medicine points out that lack of confidentiality between the health practitioners and the children is to blame for the dismal statistics on STD testing.

Practices That Increase Chances of STIs

Risky sexual behaviors that enhance the chances of contracting STIs can be categorized into three groups. These are engaging in Sexual Activities at a Young Age – Having sexual intercourse while young exposes the teens to lots of STIs. This is because of their ignorance and insufficient knowledge of the risks involved in early sex.

Multiple Sexual Partners – According to studies done, infections such as human papillomavirus (HPV) which account for the highest percentage of STIs, are attributed to multiple sexual partners.

Unprotected Sex – Teenagers are still exposing themselves to unsafe sex by avoiding the use of condoms. This is because they believe that they are invincible and as such are not prone to infections. This has contributed to the higher rates of infections among teens. About 50 percent of the new STIs are coming from young people aged between 15 and 24.

The bottom line to all this is that a concerted effort is needed in the establishment of deliberate mechanisms in dealing with STIs among teens. The national programs in place should work hand in hand with education institutions and parents to ensure that the target set is met.