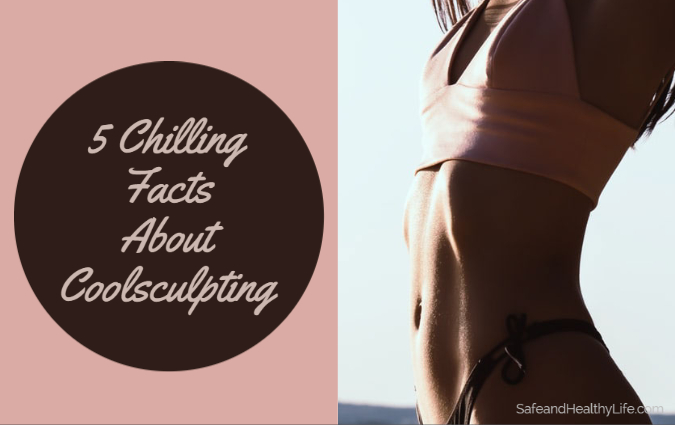 Toning the body can be a real chore sometimes. It’s really not like losing weight. Losing weight takes some simple steps, but ones that require lots of time and dedication, like exercising and eating healthy.

Buttoning is a completely different kind of problem. It’s hard to pinpoint exactly which exercise you need to do in order to chisel away that extra layer of fat.

Fortunately, modern technology has arrived at a spot, where we can tone our bodies and sculpt them beyond what is possible through natural means.

And among the many different body contouring treatments available on the market, Coolsculpting stands out among them as one of the best and most reliable treatments out there.

But what makes Coolsculpting in New York and other major cities’ favorite way to tone?

1. It Makes Fat Cells Kill Themselves

One of the more interesting things about Coolsculpting is the biology behind the treatment itself. It was discovered by doctors that when fat cells are exposed to a certain kind of cool temperature, they are stimulated into self-destruction.

Once they have committed what is pretty much “cell suicide,” they remain as these harmless clumps of dead fat cells until the body naturally cleans them out and evicts them, leaving the area with fewer fat cells, thus fewer fat layers, thus, more toned and contoured.

It’s rather fascinating thinking about how Coolsculpting actually does what it does. And there really is no magic behind it. The treatment consists of several or maybe just one special pump being placed on your body.

These then circulate the cold air to the designated location, keeping the area of the body at a consistent cold, around 39-41 degrees Fahrenheit or around 4 degrees celsius.

While it may be a little cold, it’s nowhere near uncomfortably cold. In fact on a hot day, it may just be downright pleasant.

This actually leads us to our next point.

2. It takes a very short amount of time

It only takes around 40 minutes to maybe an hour max for the fat cells to get the stimulant they need to destroy themselves.

Considering how the results are going to be enormous, this is a very short amount of time and takes only a little chunk out of your day.

If you’re worried about the cold, you really shouldn’t. While for those who are more sensitive to cold it’s not going to be too pleasant, for most people, it’s just a slightly cold sensation on your body.

The best part about it is that after some time, the skin naturally goes numb and you barely feel a thing. Clients consistently report that they barely feel anything during the procedure, which is probably due to another great aspect of Coolsculpting.

3. You can do anything you want during the procedure

Sure, you’re not going to be jogging, bathing, or bench pressing, but you can sit around and relax while the Coolsculpting pumps and equipment do their business.

Anything from reading a book, making calls, watching TV, or even chatting with the staff won’t bother the process whatsoever and you can calmly sit and enjoy yourself.

This casualness not only helps to pass the time but also relieves any extra tension that you may have about the treatment, even though with or without distractions, it’s still a breeze to sit through.

But yes, it’s quite a casual procedure and you don’t have to be restricted to sitting around and doing nothing. Do try to enjoy yourself and the treatment will go by in a flash.

4. It has a very short downtime

For many people, what happens after the procedure is a very important part of deciding whether or not to take the treatment altogether. Some people simply don’t have the time and energy to spend hours of post-treatment downtime recovery.

Luckily, Coolsculpting has a very short downtime with only a few minor side effects that may or may not even appear. And while it takes months for the final effects to properly take place, Coolsculpting takes very little time to recover from.

Even immediately following the treatment you may not feel too much, only a little aching in the treated area from the cold compression, but even this could subside rather quickly.

So there’s really not much to worry about if you happen to be busy and don’t have the time for a proper stay at home and recover from the treatment.

Many might imagine that a treatment like Coolsculpting, which is so effective, would be hard to find and also expensive. But you’d be wrong on both ends. Coolsculpting is very easy to find, considering how many clinics offer treatment globally.

Clients of varying economic status can go to get treated without worrying about breaking their bank accounts in half.

Its popularity has spread to the far reaches of the globe and there are thousands of clinics and medical spas in the continental US alone which offer the treatment.

This is great since it means you, as a consumer, can get a great competitive price on otherwise expensive treatment.

Obviously, each clinic will have its own prices and pricing system, so your best bet is to look around and do the research yourself before going out to get treated.

But if you happen to live in NYC, then you’re in even greater luck, since clinics like the MiracleFace MedSpa are there to provide you with some of the hottest deals on Coolsculpting.

Their Coolsculpting NYC treatment is one of the city’s best and has been leaving many clients satisfied with the quality of the treatment, as well as the professionalism of the staff and of course, the amazing results.

But regardless of what clinic you decide to pick, if they have the right qualifications, of course, Coolsculpting will give you the exact type of toning you were looking to get and within a couple of months, your body’s natural contours will be perfectly visible.