How Good is Deer Meat for Health?

Chicken, beef, and pork are some of the poultry and meat we consume on a daily basis. But just how familiar are you with venison meat ( deer meat )? If you didn’t already know, venison meat has found it’s way too many tables and-and plays a big part in the American diet mostly, for the past few decades. It can be found in main burgers, stews, pizza wraps and even in some desserts! You may be wondering just what makes this deer meat such a popular choice and is it actually healthy to consume? Well look no further for you have come to the right article and you will be surprised at just how good it is for you. 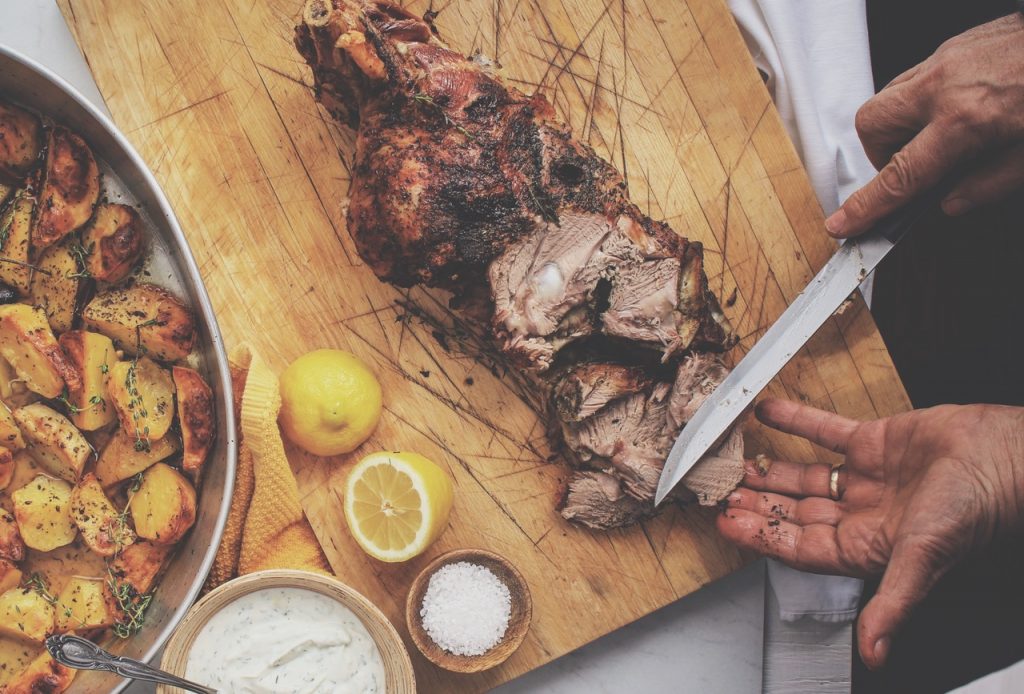 Let us begin with the general comparison of venison meat with that of cattle . Deers are leaner animals than cattle. Thus, they are known to contain lesser fat. Three ounces of lean beef contain 247 calories and 15 grams of total fat. Three ounces of venison contain 134 calories and only 3 grams of total fat. That’s near twice the amount of calories lesser and three times lesser fat content. Since this meat is generally very tasty, it is easy to over-consume and exceed the average calorie count recommended. With venison, however, you will not feel as guilty since despite the extra servings, the calorie, and fat content are still very much lesser. The lesser the fat, the lesser chances of developing cholesterol and other health conditions such as heart diseases and strokes.

Although the calorie and fat content of venison as opposed to pork are not at a vast difference as that of beef, venison meat still has lower fat and calorie content than pork. In matters concerning the protein content, venison contains more protein than beef. Here are some data to back it up: 3 ounces of a top round beef steak that has been grilled contains 25.6g of protein and 3 ounces of grilled broiled top round venison steak contains 26.8g of protein. Proteins are needed in vital processes such as repair of tissue and the creation of hormones and enzymes.

Venison is a great option for bodybuilders who are looking to eat clean but shred up at the same time.You may think that since it has such low fat and calories, it will be better to be eaten rare and not cooked with other ingredients containing fat but please abstain from doing so. Eating deer meat raw may often lead to food poisoning and only those that are exposed to heat should be consumed.

Also, venison meat is jam-packed with iron and several vitamins. A little on the science behind why iron is so essential is because oxygen binds to the iron in hemoglobin which is a globular protein found in red blood cells. And you may be familiar with the fact that red blood cells transport oxygen. Thus the more iron, the more the oxygen transported to the body. This leads to better metabolism and with more oxygen being supplied to the brain, you will be able to think clearly and be more creative which can aid in better achievements in one’s career or studies.

Both men and women need sufficient intake of iron but women especially need the right amount of iron as we tend to lose a lot of blood during that time of the month. Hence, without the sufficient amount, it may lead to anemia. A 4-ounce serving of venison has about 3.3 milligrams of iron. The recommended daily intake of iron is 18 milligrams a day for women aged 19 to 50 and 8 milligrams a day for men 19 and older and women 51 and older.

Deer meat also contains high levels of important b complex vitamins such as B-6 ( 35% ) and B-12( 33% ). The function of these vitamins is to increase metabolism rate, break down proteins and carbohydrates and assist with the formation of red blood cells. These vitamins also play a vital role in preventing the emergence of homocysteine. High levels of homocysteine in the body can damage blood vessels, contributing to the development and progression of atherosclerosis, diabetes, heart disease, and increased risk of heart attack and stroke.Yikes! And if all those weren’t bad enough, homocysteine is also associated with osteoporosis ( decrease in bone density causing it to be brittle)

Venison meat contains high amounts of zinc which helps reduce inflammation in the body. To top it all off, it contains 0.5g of docosahexaenoic acid (DHA). Although DHA is primarily found in natural food sources such as sardines and fish and is rarely seen in beef and pork, venison has it. DHA helps reduce triglyceride (a form of fat) levels in your blood, thus reducing chances of high blood pressure and cholesterol.

Now, deer are wild animals and fend for themselves in the wild while cattle, pigs, and chicken are raised by men. This should tell you that that poultry is often fed with processed food and injected with hormones and steroids to facilitate the maturation and growth process unless they are bred in organic farms whereas deer consume nothing but organic food sources such as acorns and grass supplied by Mother Nature.

Studies have shown that consuming these hormone injected poultry, will do more harm than good for our body and can lead to many diseases. As of late, people are becoming more and more health conscious in hopes or prolonging their lifespan. The next time, you crave some meat, do yourself a favor and opt for venison instead ( completely hormone and injection free ).

Well, there you go! These are some of the benefits listed above upon consumption of deer meat. It’s worth mentioning that deer meat that you get through hunting are of a higher quality. Hunting bucks might not be easy but it’s definitely viable with proper hunting gears such as a hunting rangefinder and rifles as well as proper training. Plus, it’s a healthy sport to get involve in too.

Disclaimer: All images are provided by the author.

John Lewis, avid outdoorsmen that has years of experience in big game hunting. He also blogs over at http://www.epicwilderness.com/