Here Are 5 Lifestyle Improvements Which Come From Being Mindful 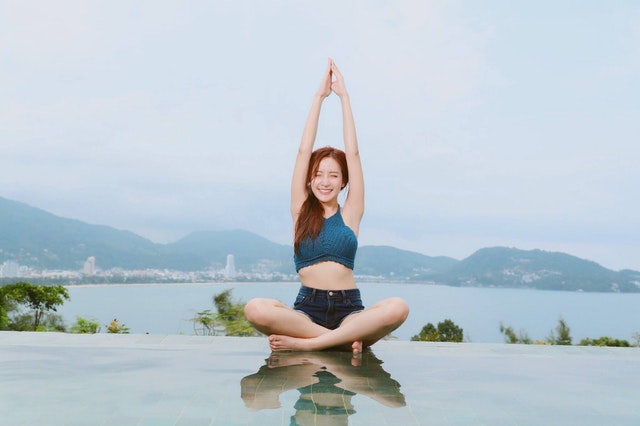 The first time I questioned my ability to change my surroundings with my thoughts came about a decade ago. It was at the time when the famous documentary, “The Secret” spread through media like wildfire. It showed how positive thinking attracts the results you wish for. Everyone suddenly started visualizing themselves living their greatest dream. This was with the hope that the Laws of Attraction would eventually bring them what they hoped for.

Yes, it sounds unrealistic, but you have to understand the lives of others to get why The Secret became so popular. Everyone is searching for happiness, and their definition of it varies. When you find yourself at the bottom of the barrel, it’s easy to believe that your thoughts alone can improve your life. Simple, right? If you want to be rich, then imagine yourself being rich. The universe will bring you what you want in the end.

That might have been what some people hoped. For me, it was all about rebuilding my life. I was fresh out of rehab after spending years addicted to alcohol and drugs. In such a vulnerable moment, The Secret stuck to me like glue. I eventually gave up on the whole thing. I had discovered another practice which was backed by science instead of false claims and assurance from celebrities. Instead of The Secret, I found mindfulness. According to Mindful, it’s pretty straightforward,

“It suggests that the mind is fully attending to what’s happening, to what you’re doing, to the space you’re moving through.”

So, all you have to do is take notice of the present and appreciate it, instead of living your life thinking about the future and the past. It works on the concept that we spend too much time pondering and acting on the future that we ignore what’s happening right then and there. Mindfulness shifts our focus to the now, which presents various lifestyle improvements:

During rehab, the emphasis was placed on staying away from negative feelings. Apparently, stress, anxiety, and depression are major triggers for relapse in recovering addicts. In fact, even as someone who has never suffered through addiction, these emotions are hard to deal with.

Mindfulness and meditation offer an outlet to release everything which is bottled up inside you. Studies have proven that the practice lowers levels of stress, anxiety, and depression in its subjects. It helped me understand those emotions and accept them instead of questioning myself and my integrity.

Arguably one of the most prominent issues in people’s lives is the depth of their relationships. Whether it’s with a significant other, family or friends, there is always room for improvement. My addiction pushed away those who were close to me. I lost many friends and family members. With mindfulness, I was able to rectify that.

One of the biggest changes I noticed in my way of thinking was that I became more empathetic. I started to understand people a lot more and listen to them, instead of focusing entirely on myself. This opened a two-way dialogue for trust to build, or rebuild. I was also able to recognize when I started acting out of line.

Controlling my impulsive emotions allowed me to think clearly in tough situations. There was always a logical solution to whatever problem arose between my friends and me.

While there are positive mental and social benefits to mindfulness, is it possible to better your physical health? In short, yes. My main goal upon my release from rehab was to counteract all the damage I did to my body by adopting some healthy habits.

As it turns out, mindfulness has positive effects on the immune system. Studies have shown that by rewiring your brain, you also improve the state of your body. When your immune system is stronger, you fight off more illnesses. This leads to a longer and happier life.

Mindful eating is a subcategory of mindfulness. In this practice, you learn to appreciate every meal. It starts with taking a moment to observe your plate, smell the aromas, and realize where it came from. Then you take a bite and chew for longer than usual. Let the different flavors swish around your mouth and tickle your taste buds before going for more.

When you feed off emotions such as stress and sadness, it’s because your brain is increasing the hunger hormones in your body. You might not actually be that hungry, but your emotions are making you feel like you should eat. When you learn to appreciate each meal, you end up eating less and feeling more satisfied for longer. Weight loss is a common result of mindful eating.

Besides being healthy, another major recommendation to aid my recovery was to keep my mind occupied. Finding a new hobby, exercising a lot, and being as productive as possible. Cravings often came itching at me, tempting me to have another drink or look for another hit. Mindfulness pushed me to say no to those cravings by making the most out of my day.

How? Well, it gave me the break I needed from my activities. When I felt like I was getting close to burning out for the day, I’d meditate for a while. The energy I felt after a session would push me to keep working. As I said earlier, I also learned to make better decisions, such as organizing my schedule for maximum efficiency. Overall, a clear mind meant fewer distractions.

I was too impatient to spend my whole life imagining that my current situation was better. It didn’t make any sense to me. In fact, the concept of The Secret works completely opposite to that of mindfulness. The Secret wanted me to focus on the future, and mindfulness wanted me to focus on the present. Needless to say, the results I got from paying attention to the moment were much more satisfying than waiting for the universe to deliver my wishes. I plan on continuing mindful practices as long as I am alive. Every day I wake up thankful for my life, family and friends, and the transient moments I live through.

Hi, my name is Andy! I was born in Bogota, Colombia, but raised in Los Angeles, California. I spend my time helping others with their recovery and growing my online business.