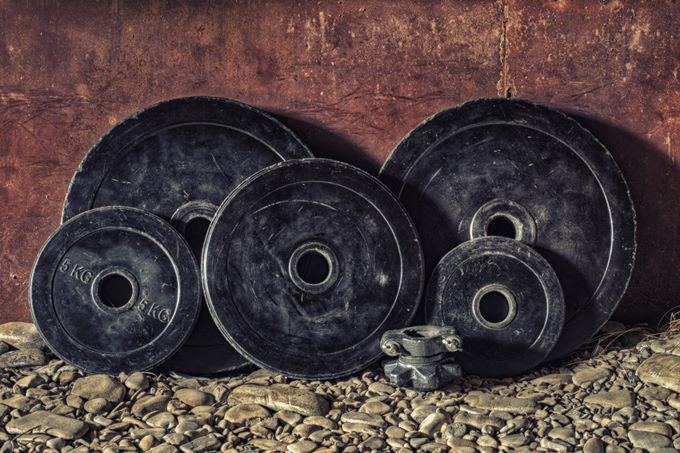 During a de-load week, weight lifters take their training a bit lighter – they dial things back and work out a little less. It is a short, planned period of recovery which typically lasts a week. This is a great tool against overtraining, even though some claim that overtraining is a myth, an excuse for the lazy ones to watch TV instead of lifting some heavy iron.

We shouldn’t jump to conclusions, as we know that recovery is an important aspect of training. What if de loads are just what you need to make your training better? For example, your workout routine consists of 4 workouts per week of 60-70 reps of heavy weight lifting. A de-load week might dramatically reduce the intensity (50-60% of one rep max, instead of 80-90%) or cut the volume in half (30-35 reps).

The primary purposes of de-loading

The primary purposes of a de-load week are:

These four points are the most important ones, while there’s also a fifth, which is reducing the demands placed on your muscles.

Do you need to de-load?

The basic cycle that allows you to get stronger, build muscle, increase agility, speed and technique goes like this: exercise (provide a stimulus), rest and recovery (remove stimulus), and adapt to deal with the next stimulus better.

The process of de-loading falls into the “rest and recovery” category, and it depends on several factors whether it will work or not. Training stimulus can be seen as qualitative (metabolic stress, progressive overload, and intensity of the workouts) and quantitative (volume and frequency of training). The key to improving performance and body composition over long periods of time is to regularly push your body slightly beyond its limits, and then back off. Many people fail to realize this, and don’t strive to beat their previous workouts.

There’s no reason to de-load if you’re not following a programmed workout routine built around overreaching and progressive overload, and don’t push yourself hard enough.

Whenever you feel that you’re starting to overreach, feel weaker (which is the opposite of why we train), and your lifts are suffering – take a de-load week. Also, odd injuries will pop up from time to time, and a little soreness is a part of weightlifting. However, if your knees hurt every time you squat, your elbows when pressing, or your hips when walking up the stairs, and the pain is constant, you should combine a de-load week with some good stretching, a sports massage, and foam rolling (many lifters also enjoy marijuana for its anti-inflammatory properties, to ease into their de-load weeks and relax). Take a de-load after a competition – a strongman, weightlifting, powerlifting, or CrossFit event.

Reducing your poundage is the most common method of de-loading. Reduce your sets and reps, and lift lighter loads (40-60% of your 1RM).

Another de-load option (and the less popular one), is to keep your weights the same, but reduce your sets and reps. If your normal training program consists of 5 sets of five lifts with 250 pounds, stick at that weight, and go for one five-rep set or hit a few singles or doubles.

The third method requires changing your exercise selection. This has its advantages but is somewhat harder to regulate. For example, you can take 4-6 weeks after a powerlifting meet where you don’t perform barbell exercises whatsoever. Doing this after a long period of intense training or competition can be beneficial and give your body a break.

Experienced lifters know what their body responds best to, and they can even skip to de-load, cut it a few days shorter, or push it back a few weeks if they know they’ve fully recovered. However, if you’re a beginner or intermediate lifter, skipping a de-load week is a big no. Deloading is definitely a smart thing to do in the long run, so keep it up for now.

Samantha has a B.Sc. in nutrition and has spent two years working as a personal trainer. Since then, she has embarked on a mission to conquer the blogosphere. When not in the gym or on the track, you can find her on Ripped.me, or in a tea shop.