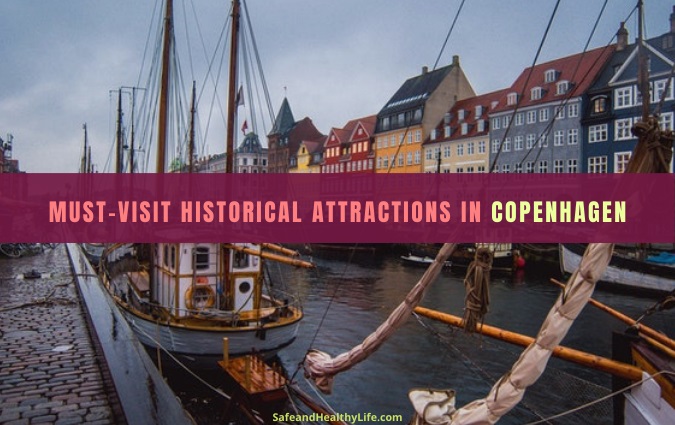 History buffs and enthusiasts will surely enjoy exploring the city of Copenhagen in Denmark.

As the capital city of the world’s oldest kingdom and a history that dates back to the 10th century, it’s no surprise that Copenhagen is filled with historic sites, important landmarks, and architectural masterpieces that all played a significant role in the history of Denmark.

If you’re looking to brush up on your knowledge of Danish history, the best way to do so would be to see it with your own eyes.

This list of must-visit historical attractions in Copenhagen includes monuments, buildings, and other points of interest that helped shape the city into what it is today.

(Pro tip: if you want to save yourself the trouble of carrying heavy backpacks or luggage around, look for a Copenhagen luggage storage locker and deposit your items there.)

The Rosenborg Castle is one of Copenhagen’s most recognizable attractions as well as a historic landmark; the castle is over four centuries old and was the former residence of King Christian IV.

The moat that surrounds the castle played a vital role in protecting the city of Copenhagen from invaders.

Going on a tour of the castle allows you to see how the royalty lived back in the day. The 17th-century castle now serves as a home to some important artifacts and artworks, including the Crown Jewels, coronation chairs, and other royal treasures.

The Amalienborg Palace is captivating not only because of its grand appearance but also the 150 years’ worth of Danish history within the building’s walls.

Originally meant as the winter residence of the Danish royal family, the complex is made up of four different palaces, namely Moltkes, Schackske, Levetzaus, and Brockdorfske, with Rococo-style interiors surrounded by a courtyard. 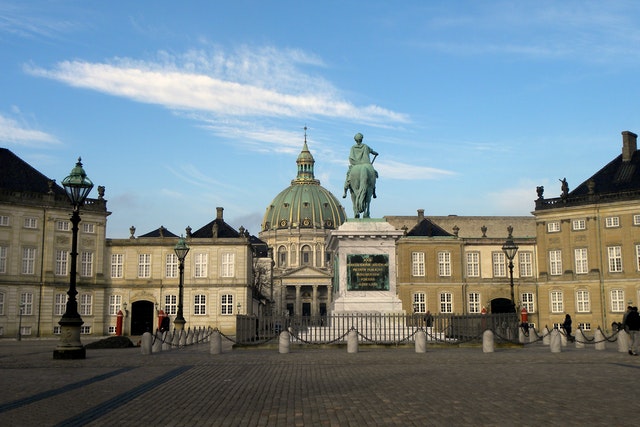 The palaces were once owned and lived in by four noble families until Christiansborg Palace was destroyed by a fire on February 26, 1974. With nowhere to live, the royal family bought the palaces and decided to move in.

At present, the Amalienborg Palace is one of Copenhagen’s most visited attractions. Inside the palace is the Amalienborg Museum, which houses important and valuable artifacts such as the Fabergé jewels.

Officially called the Citadel of Frederikshavn, the Kastellet is a prominent attraction in Copenhagen and one of the most well-preserved fortresses in Europe.

The original fortification was commissioned by King Christian IV in 1626 but was destroyed in 1658 by a Swedish attack. In 1663, King Frederik III decided to have it reconstructed and expanded and it has played a role in the city’s defense during momentous events such as the Battle of Copenhagen and the German Invasion of Denmark.

Today, the military base is still in excellent condition and has since been turned into a public park, although there is no access to the inside of the fort. The area is popular among families and tourists who want to relax and unwind.

The Christiansborg Palace is the only one of its kind in the world as it is home to the three government branches – the Danish Prime Minister’s office (executive), the Danish Parliament (legislative), and the Supreme Court of Denmark (judicial).

While the government still uses most of the buildings, there are numerous areas in the complex open to the public.

One of the highlights is the Ruins Under the Palace, located underneath the palace square.

While a cemetery isn’t exactly the first thing that comes to mind when it comes to attractions, you should definitely make a stop at the Assistens Kirkegård when in Copenhagen.

Later on, however, it became a burial spot for some of Denmark’s most notable figures, including Søren Kierkegaard, Hans Christian Andersen, and Niels Bohr. At present, the cemetery doubles as a tourist spot and a public park. 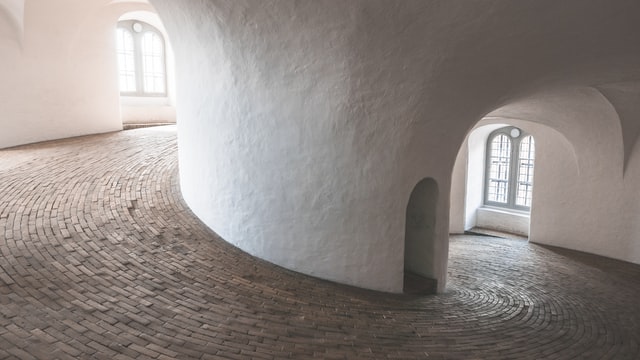 The Rundetårn, also known as the Round Tower, is a 17th-century tower found in the heart of the Danish capital.

Completed in 1642, the building is one of the numerous architectural projects commissioned by King Christian IV and was intended to be used as an astronomical observatory to continue the research started by astronomer Tycho Brahe.

Perhaps its most distinctive feature is the 200-meter spiral ramp up to a platform on the top, where you can get some incredible views of Copenhagen. Nowadays, the tower serves as an observation deck, a historical monument, and a cultural venue (Library Hall).

Københavns Rådhus, or simply City Hall, is the municipal council’s headquarters as well as the seat of the Lord Mayor of the Copenhagen Municipality.

Situated within the City Hall Square, the City Hall marked the rise of a new era in Danish architecture; Martin Nyrop designed the National Romantic-style building, which led to his rise in popularity.

In fact, it is said that the building served as inspiration for the City Hall in the Swedish city of Stockholm.

Guests may join a 30-minute guided tour (book here) to learn more about the building’s background and history.

Arguably the most popular church in Copenhagen, the Church of Our Saviour is a Dutch Baroque-style architectural masterpiece layered by red and yellow bricks.

Under the orders of King Christian IV, the construction of the church began in 1682 and it was inaugurated in 1695. However, the church still lacked a number of features, including the spire that it is most known for today.

In 1732, a permanent altar was built and on August 28, 1752, the church was finally completed and a ceremony held under King Frederik V’s reign.

The building’s most prominent feature is a wooden spire made up of 150 steps, which welcomes over 200,000 visitors yearly.

According to urban legend, the spire’s designer, Lauritz de Thurah, killed himself by jumping from the top of the building when he realized that his design was turning in the wrong direction.

This myth, however, has been debunked as de Thurah died peacefully in his own home.