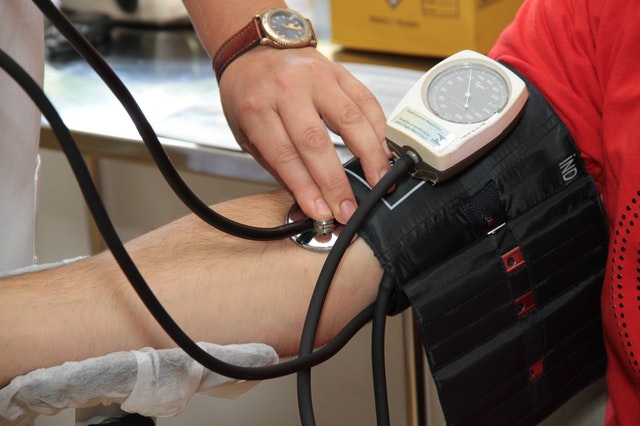 Sickness has been present since the dawn of man. Throughout the centuries, man has had to constantly battle against various illnesses; these include, of course, new viral and bacterial strains–mutations of age-old diseases that keep coming back in newer, more aggressive forms.

Modern-day diseases, too, such as cancer and chronic diseases like diabetes, have become more prevalent as a result of pollution and our increasingly unhealthy modern-day food choices.

Luckily, the modern invention has also given rise to modern medicines, and extensive research that has been done over the years has led to the development of vaccines and various other medications; making it possible to cure many diseases that, once contracted, used to mean certain death for any human.

Let’s take a quick look at a few of the conditions that continue to affect a significant percentage of the modern-day world population, but can now be cured under the right conditions.

Practically eradicated in the United States, tetanus nevertheless continues to plague populations in underdeveloped nations. Caused by the bacterium Clostridium tetani, this disease is characterized by muscle spasms, usually of the jaw.

Tetanus spores are often found on rusty surfaces, and a simple scratch can lead to quick infection. Prevention is pretty straightforward: get yourself vaccinated against the disease.

In the U.S., disease incidence has been successfully lowered due to the regular tetanus shots that are administered to the general population. In fact, according to a report from the Centers for Disease Control and Prevention (CDC), there were only 233 tetanus cases listed between 2001 and 2008.

Dogs make good companions, but statistics show that nearly 99% of human rabies transmissions can be attributed to “man’s best friend.” Rabies, an infectious viral disease transmitted by bite–not just of dogs but of other animals as well, both domestically grown and wild–almost always ends fatally.

It is crucial to give a wound a thorough washing with soap and water after contact with a suspect rabid animal; doing so can save a life. If left untreated, rabies can affect the nervous system, and infected individuals may experience symptoms such as paranoia, anxiety, confusion, excitation, and in some extreme cases, a fear of water. Hypersalivation is another commonly known symptom of rabies infection.

Despite its being a vaccine-preventable disease, i.e., rabies remains a huge killer. It occurs in more than 150 countries and territories across the world. Currently, more than 15 million people worldwide receive the post-bite vaccination, which estimates show currently helps prevent hundreds of thousands of rabies deaths across the globe each year.

Flu-like symptoms are one of the earliest and most common manifestations of malaria. The disease is transmitted via the Anopheles mosquito, which bites and infects humans with the Plasmodium parasite. Left untreated, it may lead to death.

In 2010, the Centers for Disease Control and Prevention (CDC) reported 216 million cases of malaria worldwide, most of which were in Africa. About 1,500 cases are recorded in the U. S. every year.

Anti-malarial drugs are readily available; for those traveling to high-risk areas, taking medication before one travels is also highly recommended. Unfortunately, at this time, there is still no vaccine available to cut the spread of this disease.

Measles is a serious condition that grows in the lungs, causing cold-like symptoms. The disease commonly manifests on the face as a rash and then spreads throughout the body. It can lead to pneumonia, brain infection, or even death.

Measles used to be a major killer, but in the early 1960s, the emergence of the measles vaccine helped to bring the number of fatalities down significantly. The MMR vaccine is now administered to most children in the U.S. In 2010, only about 50 cases were reported in the US; most cases, it appears, were contracted outside of the country.

A fungal infection like athlete’s foot is a pretty common condition that can take some time to cure but can be resolved with a healthy dose of patience. Athlete’s foot, also known as tinea pedis, is characterized by peeling, itching, redness, burning, and sometimes the presence of blisters and sores on the foot.

It is caused by a microscopic fungus that lives on dead tissues of the hair, toenails, and outer skin layers. In case you are not aware, there are at least four kinds of fungus that can cause athlete’s foot. The most common of these fungi is the Trichophyton rubrum.

How can athlete’s foot be avoided? One must not wear tight shoes and must avoid public pools and community baths. Athlete’s foot is common in the summer and in warm, humid climates.

Nail fungus, known as Onychomycosis, is another common condition that can be difficult to cure. Commonly referred to as “toenail fungus,” it causes nails to thicken and discolor.

Nails that are infected may turn white, black, yellow, or green. The nail’s shape will also distort, and the nail itself may become brittle. If left untreated, the nail may separate from the nail bed.

Thankfully, with immediate treatment, the less entrenched the fungus will be, and the easier for the nails to be cured.

Jock itch is also called tinea cruris. Another common skin infection, it is caused by the tinea fungus, which thrives in warm, moist areas of the body. The result is an infection of the genitals, inner thighs, and buttocks. This often appears as an itchy, red, ring-shaped rash.

Jock itch can be mildly contagious and must be treated by keeping the affected area clean and dry, and by applying topical antifungal medications as prescribed. Change into clean clothing and underwear at least once daily to facilitate healing.

Despite the many available treatments for these diseases, a lack of awareness on prevention and cure remains the challenge. People, in general, should make it a point to constantly read up on the best courses of treatment and action to take and, when unsure, make a habit of consulting a reliable doctor. Keep in mind, too, that prevention is always better than cure. 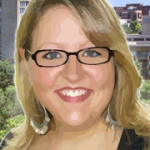 Sandy Getzky is the executive coordinating editor at The Global Nail Fungus Organization, a group committed to helping the 100+ million people suffering from finger and toenail fungus. Sandy is also a registered Herbalist and member of the American Herbalist’s Guild.