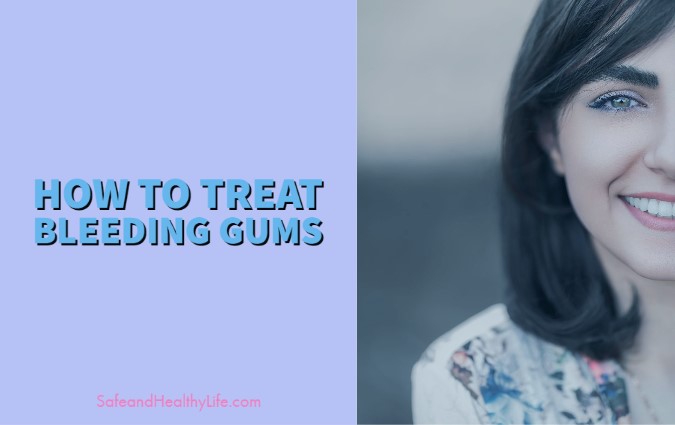 Have you recently noticed that your gums bleed when you clean your teeth? Do you have worrying symptoms such as receding gums? If your gums are red, inflamed, or bleeding, it’s important to see a dentist for a check-up as soon as possible. If you’re searching for Emerson family dentistry, contact Emerson Dental Arts.

They specialize in dental care for the whole family and can carry out treatments such as teeth whitening, treatment for bleeding gums, and general dentistry.

Having a check-up with your dentist every six months is crucial as it will help you to maintain good oral health. The dentist will be able to treat any problems before they become more serious.

Why do my gums bleed?

Your gums may bleed due to gum disease or gingivitis. This is common, and most people have experienced some form of mild gum disease. It is caused by plaque build-up on your teeth and gums.

The bacteria in plaque causes problems such as tooth decay, bad breath, and gum disease.

Plaque builds up in your mouth as a result of sugars in food, and for that reason, it’s important to brush your teeth regularly. If the plaque stays on your teeth for a few days, it will harden and form tartar. However, other than plaque.

How to Treat Bleeding Gums

If you’re experiencing bleeding gums, then the best thing to do is ask your dentist about any oral health routine. You should brush your teeth twice a day for two minutes at a time. Its recommended that you use a brush with soft bristles and a round head. Don’t brush your teeth using too much pressure, and remember to change your toothbrush every 2-3 months as necessary.

You can also use floss to get a plaque from those hard to reach places. You may also want to use mouth wash to help keep your mouth fresh and get rid of any plaque that you may have missed.

If your gums are tender or swollen, try gargling with salt water. Herbal mouthwashes are also available as an alternative to traditional treatments. You may also need a dentist to professionally clean your teeth and gums to prevent any more serious problems.

Bleeding gums can also be caused by vitamin deficiency which is extremely common in kids and young adults these days. Consider improving your diet, as a diet that’s low in vital nutrients can cause oral health problems.

If you’re a smoker, you may want to cut down or give up altogether as cigarettes will affect the health of your gums.

If you’re suffering from gum disease, your dentist may recommend using a special toothpaste that will treat the problem as well as reducing plaque build-up.

Once you’ve treated your bleeding gums by developing an effective oral health routine, it’s essential to carry on when your gums get better. If you revert back to your old brushing habits or give up on using floss or mouthwash, your gums may start bleeding again.

Other Causes of Bleeding Gums

There are also several other reasons why your gums might be bleeding, including over-brushing or brushing your teeth too hard. A new, harder toothbrush may cause your gums to bleed or changes in your flossing routine and products. It’s worth noting that some medications may even cause bleeding gums. Another reason for bleeding gums could be pregnancy.

Pregnancy makes the gums sensitive so if your gums are bleeding, there is nothing to worry about. Simply consult a dentist and make sure it is not something other than sensitivity.

Another reason could include having dentures that do not fit you well. Using blood thinners is another cause of bleeding gum, as well as an infection.

Another important reason can be Thrombocytopenia which causes irritation and bleeding gums. This disease takes place when the body is unable to form a blood clot because of platelet deficiency.

However, there would be more significant symptoms of this disease than just bleeding gums so make sure you visit a dentist.

My name is Wahab. My interest is sharing different ideas and tips. I like to share ideas and as a result, I would be delighted to hear from you.