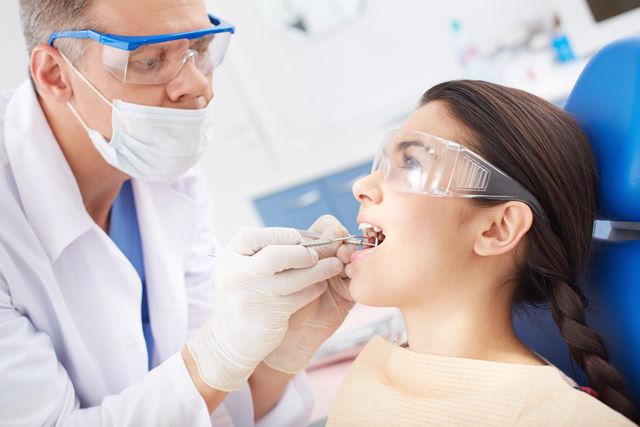 You’re at the dentist getting your X-rays of your teeth, and the dental assistant puts a lead apron on you. You have a vague recollection of why it is important, but nothing concrete. Want a better idea of what is going on to satisfy your curiosity?

What role do lightweight x-ray aprons play in keeping you safe? Here is the full story.

First, we must start with what radiation is. Radiation is a term for energy that travels through space. Or proceeds from certain machines. You daily encounter many forms of radiation. For example, radio waves are a form of radiation. As are microwaves and visible light. Your cellphone, too, emits radiation.

Is getting X-rayed safe?

A typical X-ray machine is able to provide medical imaging through targeting large amounts of radiation to the area that needs an X-ray image. If you are at the dentist, this means the machine will likely target your mouth.

Being the target of ionizing radiation leaves traces throughout the body of positive ions. Also called free radicals. When too many free radicals or positive ions are left in the body, this can cause DNA damage. Luckily, in most cases, the body is able to repair itself quickly. In some cases, however, the repair is completed, but with some errors. When this happens, and your DNA is repaired inaccurately, this can cause that area to behave abnormally. Such as with cancer growth.

How well do protective garments work?

Wearing protective aprons has become standard practice when using machines that use X-rays. Studies over the years have consistently shown their effectiveness. Therefore, you can feel better about any X-ray work that you are scheduled for. As the risk is low regarding possible damage due to X-ray radiation. It is not impossible, just highly unlikely.

Aside from X-ray machines, what are other sources of radiation in the US?

Feeling relieved to learn that your sessions with the X-ray machine have little chance of doing serious damage? But are there other sources of radiation you should be concerned about? Public interest in radiation spiked after Japan’s tsunami and nuclear reactor disaster of 2011. The complete fallout and repercussions are still being weighed from that catastrophic event. But what about in the United States? According to the United States Nuclear Regulatory Commission, natural sources of radiation include…

Natural sources of radiation amount to 50 percent or -310 millirems. Manmade sources account for the other 50 percent. Those sources can be broken down into the following categories:

So in one year, you receive an average of 620 millirems of radiation. This kind of information can be difficult to grasp without asking the following question.

What is a dangerous level of radiation? How much could become harmful?

Here is an explanation of hazardous levels provided by The Guardian.

Is there a way that I can reduce my radiation exposure?

If you have a job that causes you to be exposed to a lot of background radiation, you may be feeling concerned about your radiation levels. The NRC recommends 3 tips to reduce your exposure to radiation. They are…

Some foods, too, can minimize radiation damage.

Sharon Betancourt is a marketing manager for Think Inside the Box as well as her own personal informative blog. You can find her on Twitter via @ParentingNinja