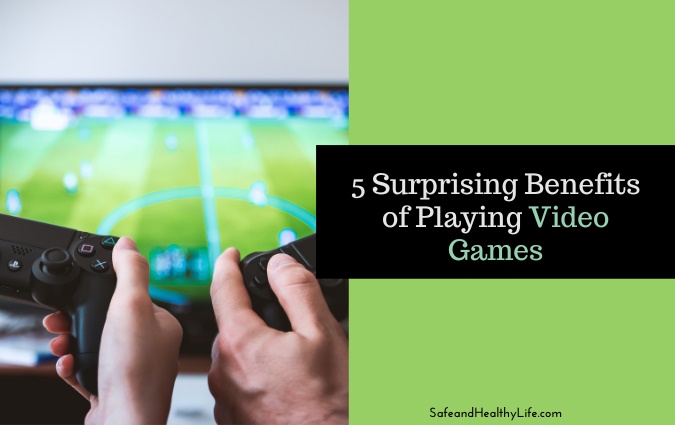 Playing video games has been on the hot seat for the last few years.

Gaming has been linked to negative behaviors such as sedentarism, isolation, and depression. Parents worry about their kids and teens, and some even worry about other adults.

Unfortunately, the media has only focused on selling violence and addiction as consequences of gaming but hasn’t investigated any preexisting behaviors or other factors.

In response, gamers and fandoms worldwide have been working to prove that video games can be a welcome recreational activity and, when used properly, is enjoyable and even beneficial.

Some researchers have decided to look more closely at this phenomenon and have found diverse positive outcomes from playing video games.

The gaming community, and even famous gamers such as Dan Avidan, for example, work hard so that people can see that video games are art, involve creativity, and can also be used in healthy ways.

One recent investigation by Oxford University scientists showed that interest in video games is associated with an increment in affectional and emotional wellness.

Instead of thinking only about aggressive and depressive effects, they focused on the sense of autonomy, competence, and enjoyment gamers experience while playing.

Nonviolent games help to augment positive emotions and even self-esteem.

This is because video games facilitate cognitive training. In some, you must memorize patterns or codes, solve puzzles or apply strategic thinking.

These practices can create and maintain positive cognitive results and keep the brain in better shape.

In 2015, a study from Australia revealed that games played in groups help relieve sadness, feelings of isolation, and depression in nursing home patients.

In addition, these games help seniors feel a sense of belonging and support. Other clinical trials have found that video games, even played independently, can aid in treating depression in older adults.

4. Video Gaming Is Related to Creativity and Intelligence

According to a study from Michigan University, children who play video games have a higher tendency toward creativity. A great example of this is Dan Avidan.

Not only does he play and help develop video games, but he is also a comedian and musician with an extraordinarily creative and compelling career.

Studies have shown that these games help seniors, students, and even kids to move and burn calories.

However, it’s important to remember that they aren’t a substitute for playing sports or doing workouts.

It is essential to remember that playing video games requires balance, as does any other activity. Too much of anything is never a good thing.

Also, choosing games that help with problem-solving and aren’t gory or overly violent is essential to ensuring a positive experience with video games.

Steve Barker is an independent blogger and content writer. He is a pharmacist and nutritionist by profession. He has vast knowledge in the healthcare field. He loves to share his thoughts with his informative pieces and connect with the audience.