A List of Powerful Herbs and Their Health Benefits 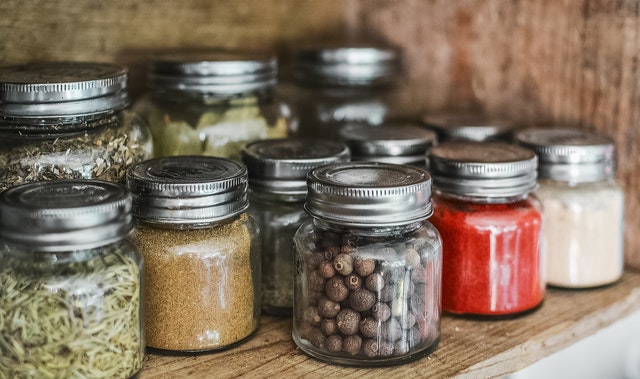 Herbs and other spices have been in use since the ages of our forefathers. To date, they are still used for the culinary value they add to our foods, as well as the medicinal properties they possess. Research has been done and it indeed has proven their remarkable health benefits.

Below are some of the healthiest herbs and the impact they have on our bodies.

Most chefs would use turmeric to give foods that magical yellow color. What most people do not know is that turmeric contains curcumin, a compound with powerful anti-inflammatory properties.

It also contains anti-oxidants that are famous for their anti-aging properties.

Regular use of turmeric helps improve brain function, reduces the risk of heart attack and fights diseases such as Arthritis and Alzheimer’s disease. To ensure a speedy recovery, patients are advised to take Dr.D’s BioTurmeric turmeric supplement which contains higher curcumin contents and is absorbed faster and easier by the body as compared to turmeric in its raw state.

The most popular use of cinnamon is in baked goods. The reason why it is on this list is because of the amazing effect it has on the blood sugar.

Cinnamon lowers blood sugar by simply slowing the breaking down of carbs in the body making it the recommended herb for people suffering from diabetes. It also improves insulin sensitivity in the body.

In addition to the above, cinnamon lowers cholesterol, fights inflammation and has anti-oxidants properties.

The name sage comes from the Latin word Salvere, meaning ‘To save.’

Sage has been used to improve brain function and memory of patients suffering from Alzheimer’s disease. This is a disease that is characterized by lower levels of acetylcholine, a chemical used to send messages to the brain. Sage works by inhibiting the chemical’s breakdown.

The same applies to healthy people; A little sage in our foods can go a long way to boost our memory function.

From ancient times, peppermint has been used as herbal medicine and aromatherapy. It is used to relieve pain for people with conditions such as irritable bowel syndrome (IBS).

Peppermint can also be used in aromatherapy to fight nausea in people who suffer from cancer.

Today we are not talking about the regular basil or Thai basil but Holy basil.

As the name suggests, Holy basil is a sacred herb from India and is famous for its ability to inhibit the growth of bacteria, molds, and yeast.

Additionally, it boosts immunity by increasing the number of immune cells in the body and lowers blood sugar levels before and after meals.

Cayenne is a type of pepper that is mostly used in the preparation of spicy foods.

It contains an active ingredient called capsaicin that reduces appetite and also increases the metabolism rates of our bodies, thus burning more calories. This is true for people who are not regular eaters of spicy foods.

These effects are, however, not applicable to people who are accustomed to eating spicy foods. This means that over time, a tolerance to it can occur.

Ginger is one of the most popular herbs in the world. It can be used as a spice in a variety of foods and drinks.

Ginger is most famous for its anti-inflammatory properties and its ability to fight nausea.

Additionally, it can be used to ease pain and decrease stiffness in people with osteoarthritis.

Ever wondered why quite a number of performance-enhancing drugs contain fenugreek? This is because fenugreek is known to increase libido and masculinity.

Another major benefit of including it in your meal plan is that it contains 4-hydroxy isoleucine, a plant protein known to improve blood sugar control. This is particularly important for people suffering from diabetes. (See also: Ayurvedic Herbs to Prevent Diabetes)

Commonly used in the preparation of soups and spicing-up seafood, rosemary contains an ingredient known as rosmarinic acid that is very effective at fighting allergies and nasal congestion.

Used in the preparation of almost all foods, garlic has been used from ancient times due to its medicinal properties.

Garlic contains allicin, a compound that is responsible for all the health benefits it possesses as well as its distinct smell.

Garlic is your best bet when it comes to combating cold. It is equally good in lowering cholesterol and blood pressure.