How to Break the Infertility Stereotype 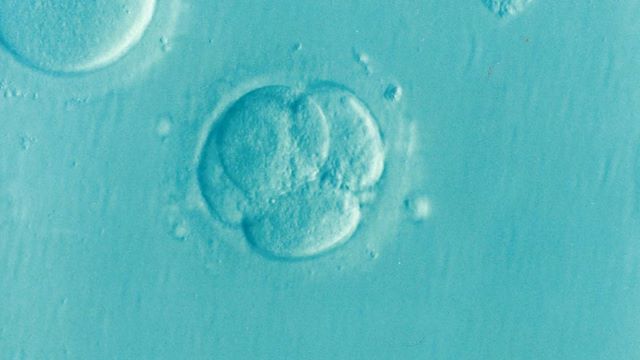 There has always been a female stereotype where a woman isn’t a complete woman until she’s a mother and a male stereotype that says all men are fertile. These stereotypes no longer hold true, especially in a society where 12% of married couples experience infertility. Parenting and reproduction have changed, now we’re waiting for society and gender stereotypes to catch up.

Despite Common Gender Stereotypes, Infertility Does Not Mean a Person Isn’t Complete

Throughout most of history, infertility was thought to be a female problem, at this time women stereotypes were based on fertility and motherhood since almost all women were in the home. Women who weren’t mothers were not conforming to gender stereotypes and often marginalized by society, especially if they weren’t married. Men were always considered to be fertile and masculine and fertility and masculinity were intertwined. Today things are different, we know that infertility problems can occur in both sexes and most couples going through infertility treatment know where their problems originate. This new knowledge, however, has not done much to change the infertility stereotypes that still exist. In the U.S. today approximately 12% of the couple have some kind of infertility problem. That’s a larger percentage than any other time in history and affecting enough people that there is no one who doesn’t know someone who is going through or has gone through, infertility treatment. With this large a percentage of the population touched by infertility, we need to start breaking down the old infertility stereotypes as we adjust to this new norm.

Infertility is very hard emotionally on both men and women but the sexes process hurt and disappointment differently, often playing right into the male stereotypes and female stereotypes. Studies have shown that men, when processing their thoughts about something big and life-changing like infertility, usually use their spouse/partner as their main source of emotional support. They will generally share their feelings and discuss things with their spouse but don’t feel the need for emotional support from other people. Men prefer not to share their infertility journey because, with the typical male stereotype, they feel infertility equates with being less masculine and don’t want to be viewed as less of a man. With many people still believing the typical male stereotypes, it’s no surprise that men don’t want to advertise their infertility.

Women have always taken the emotional brunt of infertility because the ideal female stereotypes all revolve around motherhood. While both people in the couple feel stigmatized by their reproductive problems, women are more concerned about how people will react to her infertility. Many women feel that infertility makes them feel like the odd one out in their communities because many communities revolve around children and their activities. If you’re a mom your part of the club. One interesting thing that has come from recent research is that when the woman is more concerned about how people will react to her infertility diagnosis, both partners share more with friends and family. Men are more willing to share their wife’s infertility issues than their own. With society and gender stereotypes still leaning toward people who are parents being in the mainstream while non-parents are considered outside of the norm. Because of this, some infertile people make a point of explaining to people, especially friends and family, that they are childless because of infertility, not by choice. If they’re actively trying to change the situation, by fertility medicine or pursuing adoption, so much the better. With these activities, they’re on the outer edge of the tribe and are not considered outside of the norm.

A common infertility stereotype, that infertile men and women are less masculine and feminine than fertile people, is still prevalent in today’s society. This stereotype doesn’t correspond with what medical science knows about infertility but cultural norms haven’t caught up with medical science yet. As a society, and reproductive medicine, advances and more people are able to have biological children, many common infertility stereotypes should be on their way out. Gay people are a good example of a stereotype that is on its way out. Thanks to changing attitudes in society and advances in reproductive medicine, many gay people are now having biological children. Many of these people don’t conform to their gender stereotypes and are putting a whole new face on parenthood. Another form of parenthood that has become more common is single women becoming mothers by choice. These women and some men aren’t teenage parents, they are adults with jobs and support systems who want to parent and can give the child everything they need. Parenting and reproduction have changed, now we’re just waiting for society and gender norms to catch up.

Recent studies have shown that there is a significant relationship between gender role conformity and infertility-related distress for both men and women. This would seem to show that people in the society that identify more closely with the gender stereotypes prevalent in society will exhibit more distress when discussing or thinking about their infertility that people who don’t tie their identity so closely to gender stereotypes. People are herd animals and want to blend in with the crowd, this is how we manage to live peacefully in societies. In most societies, the majority of people identify with the typical male stereotypes and female stereotypes so in order to break infertility stereotypes we have to change the way we think about male stereotypes and female stereotypes. We have to start valuing people for everything they offer, not just their reproductive abilities.

Sophie Yang is a content writer at the Reproductive Services Medical Center, a full-service fertility clinic in San Diego features a full line-up of fertility services; including hassle-free egg donation process, sperm cryopreservation, In vitro fertilization and much more. She loves writing about the reproductive system and treatments for infertility. When she is not writing or working, you can find her gardening.