How Much Alcohol Should You Really Be Consuming In a Week? 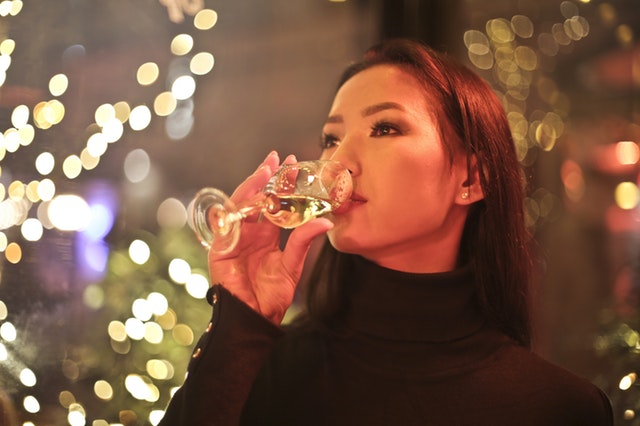 How much alcohol is safe, or even healthy, to consume per week? The frustrating answer is, “It depends”. You’ll find a variety of studies claiming everything from “under seven per week” (in one of the latest studies) to none. There is no clear answer because it’s different for every person. How your body responds to alcohol depends on a number of factors including your natural sugar levels, your age and weight (it’s not as simple as man vs. woman) and of course whether or not you have a predisposition to alcoholism. There’s also a difference in the type of alcohol, with red wine notoriously being hailed as a heart-healthy beverage.

It’s a decision that you can only make after a frank conversation with yourself and perhaps a few doctors. It’s very likely that different doctors will have different answers, and they’re being driven by their own education, research, and sometimes the personal relationship with alcohol. When the world can’t even agree on what really makes an alcoholic, there’s no way to determine for half the population how much alcohol is safe.

What we do know is that US adults are drinking more, particularly women. Women are leading the pack when it comes to wine consumption, with the idea of “mommy drinks wine because …” becoming full-fledged memes. Like other trends, such as fashion, alcohol consumption tends to ebb and flow. During the Mad Men era, it was common for adults to drink somewhat heavily even in professional settings. Then came the health craze of the 1980s with women idolizing extremely svelte bodies. Since alcohol, no matter the kind is packed with calories, that certainly didn’t pair well with Jazzercise.

Before determining how much you can safely consume per week, it’s critical to address whether or not you’re at risk of alcohol abuse. Consider your family. Is there a history of alcoholism? Do you have a history of blacking out or browning out? Could you easily go a week without drinking and not miss it? How about a month? Are you uncomfortable in social situations, such as a party, without having an alcoholic beverage? Have you made mistakes and put yourself in danger because of drinking? Do you consume more than three beverages per night on “nights out?” All of these may be a sign of alcoholism, or they may not. Again, it depends on the person and specific circumstances.

What the Experts Say

According to the National Institute on Alcohol Abuse and Alcoholism, low-risk drinking for women is no more than seven drinks per week or three per day (whichever is lowest). Still, low-risk doesn’t mean any risk. You’ll think this number is either low, high, or just about right—it all depends on your own drinking habits. However, a new study out of Cambridge has revealed that a woman drinking more than five drinks per week may cut her life short. Just last year, the Daily Mail reported that a group of researchers has determined red wine isn’t good for your heart after all-while the Mayo Clinic still reports that many doctors say red wine is good for the heart. We also have the Centers for Disease Control saying that women who may become pregnant shouldn’t drink at all because the risk isn’t worth it.

In other words, there are a lot of experts armed with a lot of funding money coming up with a variety of studies and “best practices” that are highly contradictory. So, how much should women drink per week to be safe? Considering you can get resveratrol from foods besides red wine, the idyllic answer is probably none. Alcohol has empty calories, lowers inhibitions to decrease safety and judgment-making, and generally isn’t linked with the best decisions of a person’s life.

However, just because something isn’t wholesome doesn’t mean it inherently comes with risks. There are certainly a large number of women who drink responsibly and never have adverse side effects on their alcohol consumption. If we were to live solely by doing what’s best for us, our lives would be full of fear and quite boring. In the end, only the individual can determine how much alcohol per week is safe for them.

Unfortunately, this kind of judgment requires brute honesty with oneself. For instance, it’s relatively common in college to binge drink. That’s part of the culture, and the idea of alcoholism is rarely broached. Certainly, many college graduates go on to enjoy a safe life of moderate drinking. For others, the college was the beginning of their journey of alcoholism. Would they have become alcoholics if not for the environment of binge drinking? Maybe and maybe not.

If you’re concerned about your drinking habits, talk to your doctor. It’s the perfect step in either getting help or ensuring a healthy relationship with alcohol.