How to Beat a Drunk Driving Charge 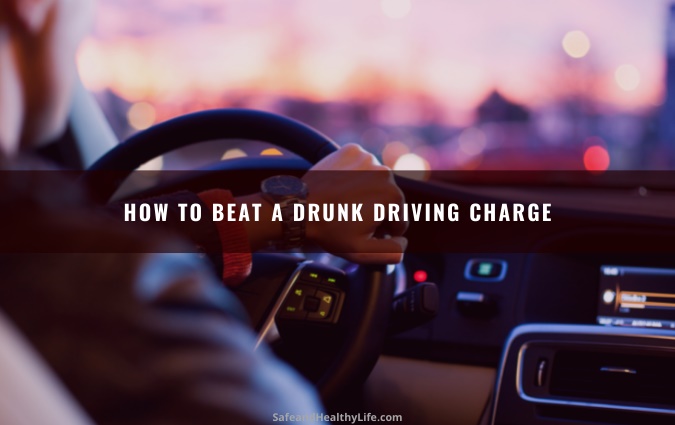 If you are arrested for drunk driving, the most important thing you can do is learn as much as you can about the legal process surrounding DUI.

If nothing else, having a firm grip on what to expect can lower your anxiety levels.

The large majority of DUI charges are initiated through a traffic stop. Maybe you swerved over the line or were driving erratically.

There are also sobriety checkpoints, especially during holidays. Once the officer has you in their view, it is up to him or her to decide whether you are under the influence, and at that point, you may be subjected to field sobriety tests, such as:

If you do not pass these tests, you may be required to take a breathalyzer or even a blood test.

Chemical testing can include breath, urine, or blood tests. This is up to the officer at the time of your arrest.

More often than not, the cop will conduct a simple breathalyzer because results show immediately.

In comparison, when blood and urine samples are used, there is a delay as the sample is sent to a lab to be tested. If the test registers your blood alcohol content at 0.08% or more, you will be charged with drunk driving.

Implied consent means if you refuse a field or chemical test, your driver’s license is automatically suspended. You may request a DMV hearing to contest your license revocation.

This is an administrative process that has nothing to do with your criminal hearing but it may restore your driving privileges while you are waiting on your court date.

The most important step you will take to defend yourself is hiring an experienced DUI attorney in Tampa.

At your arraignment, the prosecutor will suggest sentencing and the judge will read your charges aloud. You will then be asked how you plan to plead, and then the pre-trial motion begins.

This is important in DUI cases since this is the time your attorney will petition to prevent some evidence from being used in the trial.

Your lawyer may be able to contest the outcome of blood tests that were not administered properly or other evidence does not meet stringent criteria.

Some evidence can be eliminated entirely. Plea bargains are also possible, and sometimes settlements are agreed upon without ever having to go to court. You are more likely to receive a plea deal if it is your first offense.

It is also extremely important you do not discuss your arrest with anyone. Sometimes arrestees are stressed out and want to reassure everyone around them, so they make public statements that inadvertently appear to be admissions of guilt.

Unfortunately, such statements can be used against you. Don’t talk about the incident and avoid social media at all costs.

There is no reason to lose hope if you’ve been arrested for drunk driving. A DUI lawyer will assist with keeping you out of jail, restoring your driving privileges, and minimizing damage to your public reputation.

Anne Kamwila is a freelance content writer and a digital marketer. She is passionate to write about health, technology, and business-related guides, news, and books.