Is Sobriety The Foundation For A Celebrity Comeback? 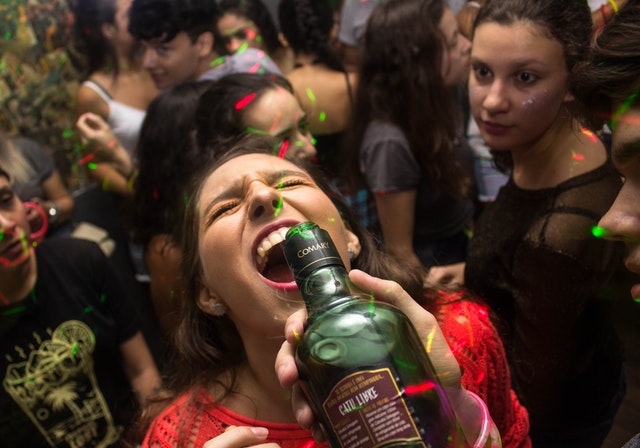 By now we all know that being a celebrity doesn’t actually make life any better. On the contrary, it imposes a hell of a lot of pressure. They are expected to perform wanders every time they hit a stage or screen. They need to look perfect all the time. They cannot even relax when off duty, as privacy is hard to find when everyone recognizes you.

This constant pressure is part of what leads many celebrities to use drugs and alcohol. In addition, there is the party lifestyle that is very seductive to those with enough money to “feel good” every night of the week. If you’re even slightly susceptible to addiction, a celebrity may not be the best path for you.

But it’s not all bad news. While substance abuse can destroy a celebrity’s career, sobriety can be the perfect foundation for a comeback.

I don’t mean to imply that sobriety can be a good PR move. Sobriety does much more than save a reputation. It can help celebrities find more meaning in their fame and use it to help many others. (See also: The Pros and Cons Of Addiction Counselling and How It Can Help You)

Many celebrities have been mocked for being so-called divas. They have very public breakdowns over things that we don’t expect to phase them. But often, these individuals are not being sensitive because they want more attention. The opposite is true: they have our attention because they are so sensitive.

Most celebrities are very creative people. And creative people are generally also highly sensitive people. It is that sensitivity that allows them insight into the world around them. They are attuned to the subtle beauty of the world and help us see it, in one way or another. Musicians create songs that make us feel. The best actors make us feel with their portrayal of the depth of characters, fictional or real.

This sensitivity is another factor that often drives people to addiction. The pain can be so great that they choose to numb their sensitivity, even though it is their greatest strength.

Sobriety does not just help talented people live functional lives, but actually makes them better at what they do. To become sober, they need to learn to channel that sensitivity in healthy ways, rather than numbing it or letting it control them.

Many celebrities whose careers have been curtailed by addiction have had their best years after becoming sober. Robert Downey Jr, Eric Clapton, Carrie Fisher, Tim McGraw, and so many more actors and artists have made their biggest contributions after beating their addictions.

Perhaps the most important reason sobriety can be the perfect platform for a celebrity comeback is that it gives them the opportunity to educate the masses about addiction. Celebrities are often held up as role models and scrutinized when they do the wrong thing. Unfortunately, they’re often the worst role models, as the expectation to be perfect guarantees their “failure.”

But celebrities who have gotten sober can be excellent role models, simply by sharing their journeys. Many sober celebrities have helped lessen the stigma surrounding mental illness and addiction. While that stigma won’t go away entirely, hearing celebrities open up about it shows many individuals they’re not alone.

Simply talking about the problem already does a huge service to the world. Those who have managed to get and stay sober prove that addiction can be beaten. They give hope to the millions suffering from various addictions.

Carrie Fisher always spoke very openly about her journey, both in terms of her mental health problems and her addiction. She was candid about her sobriety and relapses, and countless people I’ve treated have mentioned that this encouraged them to seek help.

Demi Lovato is perhaps the best example for the younger generations. She shares her struggles in interviews and in her music, proving to her many admirers that addiction does not make you a failure.

Helping Themselves, Through Others

Helping others also gives the person suffering from addiction more motivation and willpower to stay sober. So, while they’re giving back to the world, sober celebrities are building a stronger foundation for their own sobriety.

We all love a good comeback story. But the lessons we learn from celebrity comebacks are so much more important than the pleasure we get from simply following their stories. Sobriety is the perfect foundation for a celebrity comeback, not because it will save their reputation, but because it will make their fame so much more meaningful, and their contributions more vivid.

Dr. Nancy Irwin is a co-author of “Breaking Through, Stories of Hope and Recovery” and a Primary Therapist at Seasons in Malibu World Class Addiction and Mental Health Treatment Center.