Prostate cancer is a silent killer that claims about 26,000 people each year just in the US. About 180,890 cases of prostate cancer were reported this year, and about 1 in 7 men are at risk of developing the disease during their lifetime.Although it was earlier restricted to older men, it is now not uncommon to detect the disease in men less than 40 years of age. The average age of diagnosis is about 66 years, but about 1 man among the other 39 diagnosed will eventually succumb to the disease. Today, there are about 3 million men in the United States who have been living with prostate cancer after diagnosis.

Diagnosis vs. Prognosis: a battle that can be won

The disease itself is quite manageable as the prostate cells thrive on testosterone. The most common way to treat this cancer is to introduce anti-androgen in the system that drives the prostate cells to death. However, the main problem with prostate cancer is timely detection. Almost 87 percent of the cases that are detected each day are in the advanced stages. The late detection brings about a worse prognosis. 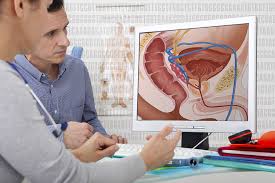 In most cases, prostate cancer goes unrecognized due to the lack of decisive symptoms. Sometimes people face no symptoms at all. And the growth of the prostate gland is considered as normal in the old age when the cancer is most commonly detected.

High PSA does NOT always mean you have cancer

If you have your PSA level between 4.0 ng/mL and 10 ng/mL, you just have a 25 percent chance of actually having cancer. So once you get your blood work back, insist on getting an ELISA done for drawing a sure conclusion on your health condition. During prostate cancer, a regulatory protein TP53INP1 is over-expressed in the cells. There are several enzyme-linked immunosorbent assay kit brands that are currently optimizing the process to quantify the levels of the marker protein. Monoclonal antibodies are generated specifically against the TP53INP1 proteins. The kits will be able to not only diagnose a person but also conclude the levels/concentration of the antigen (protein) present in the provided sample.

Why is detecting prostate cancer so challenging still?

The most common marker of prostate cancer is the prostate serum antigen (PSA) levels in the blood. The normal PSA levels for people around the age of 40 is 4.0 ng/mL or below. So if a man has PSA levels above that, he may be at risk of having prostate cancer. 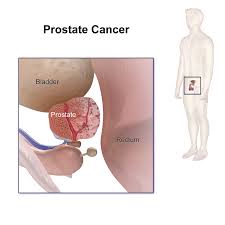 However, this is not a complete diagnostic tool as a higher PSA level (up to levels of 11.0 ng/mL) is seen in “healthy” men who are older than 60. The increase is caused as a side-effect of multiple drugs they are taking for controlling other health-related conditions. High PSA levels can be a result of recent catheter insertions, benign hyperplasia of the prostate gland and even from recent urinary tract infections (UTIs), although the last cause is far less common.

Disclaimer: All images are provided by the author.

Diagnosis of prostate cancer is neither easy nor pleasant. Here, Isabella speaks about the challenges faced during and after the diagnosis that makes it necessary to seek out a reliable diagnostic process. Check out Isabella Rossellinee’s take on the variation in results cause a change in enzyme-linked immunosorbent assay kit brands on the same test sample for a better idea.