The Surprising Uses of Botox 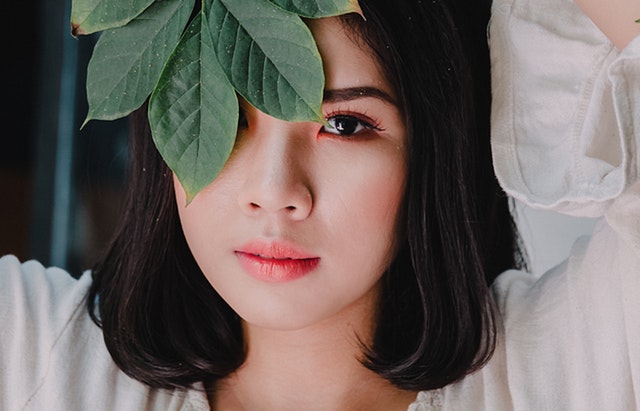 Let’s not sugarcoat anything, as we all know how people react when they hear the term “Botox”.

For a very long time, Botox was seen as a privilege for the rich, who could afford to have the injection, and then it made them look like plastic dolls.

Ironically enough, this is entirely false, especially in recent years with Botox becoming far more accessible to a larger number of people.

There are now many clinics where you can find Botox NYC is a real epicenter for your skincare needs and there is a myriad of clinics that offer their own deals and benefits in Manhattan alone.

And all over the world, many people are seeing the benefit of Botox when it comes to skincare, regardless of their financial status. So, it’s safe to say that Botox has become a very popular treatment in the beauty industry.

The Hows and Whys

But I’m sure that you’d be surprised to hear all the benefits of Botox outside of the beauty industry as well. As it turns out, Botox possesses a wide range of useful benefits and applications and extensive research is now being done on the compound to find all that is possible.

Before we talk about the uses of Botox, we have to understand how Botox actually works. Many people assume that Botox is just an injection that puffs up your skin and makes it look tight and plastic-y (if that’s a word). But in reality, it does something completely different.

Our facial muscles are under constant strain. This is subconscious and has nothing to do with what you do with your face, so don’t think that just because you look grumpy all the time, your muscles are working any more than someone else’s.

These muscles are constantly working whether you like it or not. And because of this constant strain, wrinkles and other skin conditions begin to form on the layers above.

Botox acts as a coolant, that tells your muscles to chill out and lay low; to stop straining themselves so hard, and to have a little rest. When this happens, the muscles become far less tense and the wrinkles disappear.

This numbing effect was experimented on other non-beauty related cases to see if Botox could possibly reproduce the same great effect. So then let’s get on with the uses.

All of us have felt a twitchy eye here and there. You know; that little jittering in the eyelid, that’s not really all that annoying, but sometimes it happens too often and it becomes annoying really quickly.

Now while many of us have twitchy eyes from time to time and it goes away rather quickly, there are people who’ve had it far worse. In fact, many people suffer from blepharospasm, which is a condition where the eyelids constantly tighten up and start twitching.

After extensive research, it was found that Botox for the eyes is a very effective treatment for this condition. Since it specializes in soothing the muscles, by making them less tense, Botox was able to successfully get rid of the eye twitching.

So if you or someone you know happen to be suffering from similar conditions, give Botox a try to see if it works for you.

You know how your head hurts sometimes and it’s hard to pinpoint where it’s coming from and no matter how much medicine you take it just never goes away.

Well, you may have a migraine. And these are caused by a large variety of different reasons but there’s one mutual thing about all of their cases: they’re very annoying and painful.

Many people all across the world suffer from migraines and it’s been one of the most widespread conditions among adults. So, it’s safe to say that migraines are a pretty big deal.

And you should be surprised that there is research being done on how Botox can help treat them.

Some people may be allergic to medicine which treats migraines, or they simply don’t work for them. So, doctors often recommend going in for some Botox.

Upon being injected into specific parts of your head and face, like the temples and the nose bridge, the Botox will help alleviate the pain from migraines.

While it may not be as widely used as a traditional migraine medication, it is still being extensively researched and making great progress in treating the condition.

So keep Botox on your radar if you’ve been suffering from migraines recently, as it may be a very efficient answer to your painful problem.

You may feel like sunshine and rainbows now, but pretty soon, as with everyone, moving gets a little more painful with age. I’m not saying you’re going to have to resort to rolling your way to the store, but let’s just say; that morning jog is going to be a tidbit more uncomfortable.

Disorders like, the very widespread arthritis, are common problems that people, especially the elderly, must face. And I’m sure you’ve heard of it. Arthritis treatments are constantly researched and looked into to solve this widespread condition.

And you should once again be surprised to hear that Botox has shown some positive results in treating movement disorders as well, especially in the join areas.

So basically, it blocks out pain and soothes out the muscles that are susceptible to tension. Those who’ve been treated with Botox report much better limb and joint functionality than ever before.

Muscle tension and joint pains can keep you from enjoying your life to the fullest, but with Botox, you can wave them good-bye with your fully functioning arms. And while research is still being done, the results have shown very positive results.

No, you didn’t accidentally stumble onto a different article. We’re still talking about the non-cosmetic benefits of Botox and yes; treating depression is one of those benefits.

As with the previously named uses for Botox, there is still extensive research being done on the effectiveness of Botox as a possible treatment for depression.

And while you should be hopeful for future findings, don’t jump to conclusions that Botox is the one and only solution to something as serious as depression.

But yes, there is current research being done. And yes, it’s showing positive results. After several testings using the Beck test (which is used to measure depression in adults,) after a certain amount of time, patients who received Botox were reported to have improved in their results.

Again, while this may not be a fully discovered treatment or cure, the research shows positive results and great improvement thanks to the Botox injections.

…I’m not really surprised. Botox has garnered quite a sketchy reputation among the masses. Unfortunately, most people don’t really understand what Botox is and what it can be used for, and all the benefits that it offers.

And keep in mind; these are only a few of the benefits that have so far been found. More research is being done on many other medical conditions and how Botox can help in treating them.

So keep Botox on your radar to see how it further develops and what new discoveries are found in the near future.

If you’re interested in getting treated with Botox, NYC houses many clinics, which treat thousands of patients and are ready to meet any of your needs.

Ann Lewis enjoys the art of writing and has experience in various spheres of the craft. By blending information, with advice and impromptu jokes, she writes articles that not only have something to teach but are also light, easy read.