What Is Heavy Metal Toxicity? 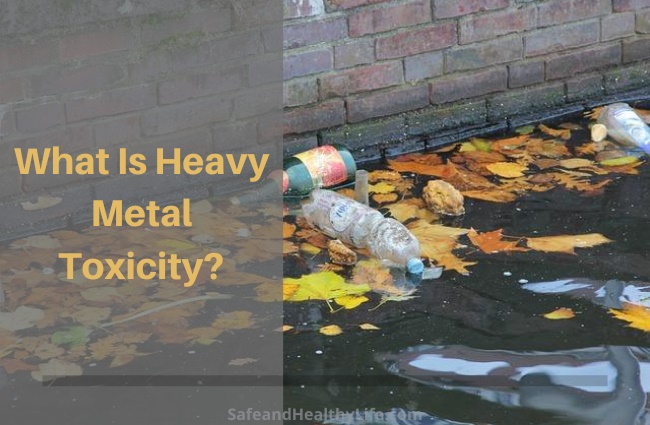 You may have heard the term heavy metal toxicity floated around, often in the context of natural health, so what is it, and what does it mean for your health?

There are toxins all around us, and we can limit our exposure, for example, by using a good water filtration system and being careful about the products we use in our homes. However, we can’t entirely avoid all toxins.

Heavy metal toxins can be among the most detrimental to our health, and the primary toxins that fall into this group are mercury, lead, arsenic, and cadmium.

Heavy metals are linked to illnesses in children and adults. In Flint, Michigan, the concept of heavy metal toxicity came to the attention of the nation because high levels of lead were found in the water.

That led more people than ever to consider the use of a water filtration system.

The following are some of the other important things to know about heavy metals and their toxicity to your health.

In the U.S., men and women are equally vulnerable to the effects of heavy metal poisoning, but children in the U.S. are more likely to get lead poisoning than adults. Even so, the number of children with high lead levels in their blood has dropped drastically over the past 20 years—85%, in fact.

While lead poisoning may be on the decline in children, the following are some of the primary sources of heavy metal poisoning currently:

Chronic, long-term symptoms of exposure may be more difficult to identify. These may include weakness, tiredness, headache, constipation, muscle pain, and joint pain.

If it’s believed that you have heavy metal poisoning, it is something your doctor can test for using a blood or urine test.

How Is Heavy Metal Poisoning Treated?

For example, there’s something called chelating agents that can bind to metals, so they’re excreted in the urine. Some diuretics may help as can suctioning the stomach in cases of acute heavy metal poisoning.

To prevent heavy metal poisoning, first to be aware of potential sources. If you’re going to be working around heavy metals, wear proper protective gear, and always check labels on anything you bring home to see if it contains heavy metals.

Metals also accumulate in dirt and dust, so keeping your home and office space clean can help. Related.

As long as you speak to your doctor and you don’t have a case of poisoning, but you just believe that you may have some level of toxicity from heavy metals, you might think about a diet focused on detoxification.

For example, fresh fruits and vegetables can be detoxifying, particularly if they contain high amounts of vitamin C.

Foods that have enzymes and aid in digestion and detoxification can include blueberries, citrus fruits, bell peppers, guava, parsley, and strawberries.

Susan Melony is a freelance writer, digital marketer, and entrepreneur based in Kansas City. She often travels while working, and is passionate about the digital nomad lifestyle.