Why Are Flotation Tanks Becoming So Popular? 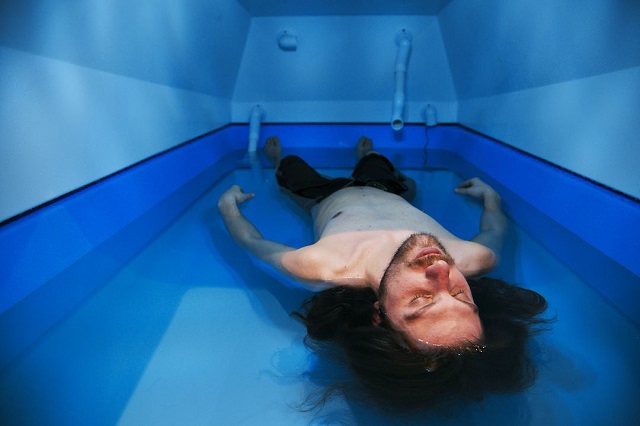 Floatation tanks were initially introduced to the world during the 1950s era by infamous scientist John C Lilly, who was at the time known for his fascination with dolphin communication and the effects of psychedelics on the human psyche. So you can imagine how the scientific community took his findings on floatation tanks, as many of his colleagues actually considered them to be an activity for outliers like “hippies” and new-age groups.

However, things are slowly but surely changing, because nowadays floatation tanks are starting to get mainstream acceptance as a viable mode of healing. In fact, these peapod-shaped contraptions have been known to give users an unparalleled sense of freedom and release, which is why many turn to them to heal anxiety and stress disorders. Some even use floatation tanks as a way to refocus the mind or to open themselves up to creativity and inspiration, as it enables them to access what’s known as “altered states of consciousness.”

For most people, their introduction to floating was through an episode of the popular animated series The Simpson, where the main character Homer was shown experiencing a psychedelic trip after floating on the warm waters of a floatation tank.

Some might recall seeing a floatation tank experiment by a scientist character in the movie Altered States, which is a cult classic of the ‘80s era.

However, most of the modern American population discovered floating through the Joe Rogan podcast, which is presented by a comedian and sports commentator of the same name. Rogan is an avid floater himself, and his passionate pronouncements about floating have raised awareness and demand for floatation tanks in the country, to the point where the US now boasts over 300 floatation centers and counting. In fact, floating has become so popular in the ‘States that an entrepreneur in Portland, Oregon decided to open a 24-hour floatation center, the first of its kind in the entire world.

These days, however, “floating” is often referred to by the scientifically respectable term of Restricted Environmental Stimulation Therapy, and has been shown- through scientific study- to successfully heal symptoms of anxiety and stress.

Certain studies indicate that floatation might even be useful in treating post-traumatic stress disorder, while Swedish physicians are already recommending it for patients with certain ailments.

Meanwhile, the Laureate Institute for Brain Research, which is situated in Tulsa, Oklahoma has a lab exclusively dedicated to floatation tank research, which has sparked even more interest from patients who’re intent on trying it out as a healing modality.

Not only that, but spas and exclusive float centers have also been established across the US to bring the multitude of health benefits offered by floatation tanks to the general public.

Patrons of these floatation centers claim to experience vast improvements in conditions such as fibromyalgia and other inflammatory pain disorders, as well as increased creativity, better problem-solving skills, and an overall agreeable mood afterward.

Floatation patients range from visual artists who use the pods to enhance their creativity, to martial art athletes who swear by its ability to help them focus and successfully visualize their wins in the dojo.

Apparently, it is the complete lack of distraction caused by sensory deprivation that makes the pods so effective at helping athletes improve their performance.

How Does It Work?

Those who have experienced ‘floatation’ describe the process as follows:

First, you strip down to your birthday suit so that you can fully experience the sensation of floating in the warm and super-saturated magnesium water, of which many have likened to being back in the womb.

Afterwards, you just float about in the water, as soft music lulls you into a state of relaxation, but only for a moment, because once you’re fully immersed into the experience, the music stops to leave you in complete silence and darkness, with the only sensation available to you is that of the water.

Despite being completely submerged in water, your toes might prod out everyone and then, or the side of your head might come into contact with the tank, but other than that, you just fall into a state of deep relaxation. Apparently, you might also start to hear some of your organs as they gurgle about inside you, or see vivid images forming behind the darkness of your eyelids if your eyes are closed, and eventually you might even fall asleep.

Jett Bowman was born and raised in the Bronx, New York. He was a former journalist who is an enthusiast of alternative medicine, Aside from that he is reviewing books of therapy and mental conditioning. He also loves to travel and collect a souvenir.