Why Astaxanthin Is Good For Health 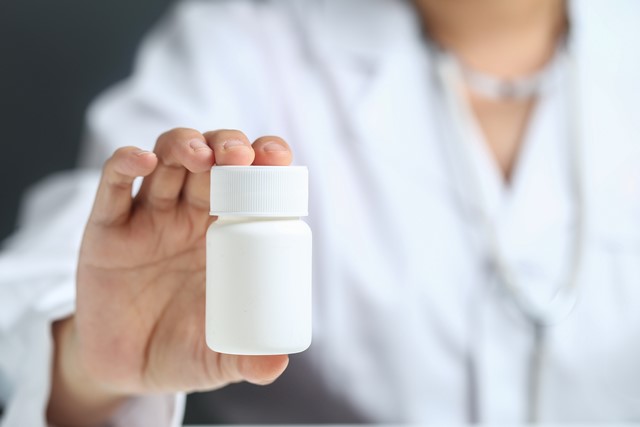 Astaxanthin is a natural supplement that belongs to a group of chemicals called carotenoids.

This ingredient occurs naturally in certain algae and causes the pink or red color in salmon, trout, lobster, shrimp, and other seafood.

Other than being naturally ingested through the foods we eat, astaxanthin is gaining popularity as a supplement, in tablet and oil form.

The rise in popularity and a diversifying market can be related back to the growing research into the health benefits of astaxanthin.

Up until recently, we didn’t know much at all about the natural supplement, but growing research suggests it’s one of mother nature’s miracle ingredients.

With varying health benefits, there are many reasons why you should consider implementing astaxanthin into your diet, some of which we are going to discuss below.

It Reduces The Oxidative Effects Of Diabetes

This can lead to further diabetes complications and can make it more difficult for individuals with the condition to recover from said complications.

Research, however, has recently found that astaxanthin can protect pancreatic beta cells, the cells that produce insulin, from oxidative stress caused by the high blood pressure.

As well as this, astaxanthin can also help diabetes by improving the recovery rate of lymph cell dysfunction.

This, in turn, will improve insulin sensitivity over time.

It Protects Eyes From Bacterial Inflammation

Bacterial inflammations in the eyes are quite common, with many individuals experiencing this at least once in their lifetime.

Despite this, the inflammation in the eyes can cause severe discomfort, to the point where it becomes extremely painful for the sufferer.

Eyedrops and other anti-inflammatory ingredients have the potential to ease symptoms, and antibiotics can cure them over time, but astaxanthin may be a great non-pharmaceutical, less invasive approach.

According to HealthcareWeekly, there are properties within the natural ingredient that reduce inflammation.

It does this by suppressing the development of endotoxin-induced uveitis in a dose of 100 mg/kg of astaxanthin.

Not only could this help people to overcome a bacterial infection, but regularly ingesting the natural supplement could also be used as a preventative measure by those who are prone to these infections.

Like we mentioned at the start of this article, researchers aren’t entirely clear why astaxanthin is good for your health, but early research suggests that it could benefit our overall heart health.

Early examinations studying the effects of astaxanthin on rats found that the natural supplement could help to improve elastin levels and increase arterial wall thickness.

These combined will both reduce someone’s blood pressure, which puts less strain on the heart and allows people to stay healthier for longer.

It is also thought to be able to be good for your health by reducing cholesterol levels in the blood.

There are also claims that astaxanthin can prevent other heart conditions like heart disease, but this information has yet to be confirmed through official studies.

Current statistics show that almost 1 in every 5 American’s currently suffers from rheumatoid arthritis.

This is a condition where the joints become inflamed and, as a result, cause high levels of pain for the sufferer.

The current response to this pain is to provide patients with heavy duty pharmaceutical drugs that will sedate them, and hopefully deal with the pain.

Early research, however, suggests that we could be astaxanthin could help people with rheumatoid arthritis—and other related joint pain conditions—live a higher quality life.

This is because of the anti-inflammatory properties that astaxanthin has, which we mentioned earlier on in this article.

Researchers aren’t yet sure whether astaxanthin alone will be able to handle these conditions, but it could become part of an overall treatment plan, allowing an individual to slowly reduce their painkiller prescriptions over time.

As a species, salmon are known to be the fastest fish in the river, swimming up and down like an Olympic swimmer.

Coincidentally, or not, salmon also happens to carry more astaxanthin than any other form of seafood.

According to HealthcareWeekly, taking this ingredient will leave you feeling more refreshed and energized throughout the day.

This will allow you to be more productive and have the motivation to achieve your goals.

These effects are thought to be most beneficial during exercise.

Astaxanthin can also help to improve an individual’s recovery from exercise, as well as reducing the amount of time the recovery period takes.

This will allow you to get back in the gym lots faster than those who aren’t fully utilizing the benefits of natural supplements in our foods.

It Modifies The Body’s Immune Responses

The immune system is responsible for producing antibodies, and research suggests that astaxanthin may help to enhance this process.

This makes the natural supplement good for your health as it will help you to fight off illnesses faster.

It could also be useful for those who suffer from autoimmune diseases in the future, but further research needs to be undertaken to confirm this.

As well as being ingested through the food we eat and taken in tablet form, astaxanthin can also be applied directly to the skin.

This is thought to be beneficial in protecting our bodies against UV damage when applied in a similar way to sunscreen.

When the number of people suffering continues to rise year on year alongside the increase in the average temperature, having a natural ingredient that can protect against this is super important.

The science behind this suggests that properties in astaxanthin reduce skin thickening and collagen reduction, which are both thought to reduce UV-induced skin damage.

Astaxanthin also works to protect against UVA-induced skin photoaging, which we know as the premature aging process, slowing the development of wrinkles and age spots.

It’s important to state that, at this time, there is no research to suggest that astaxanthin is a complete replacement for sunscreen.

For this reason, the supplement should only be applied to the skin to complement the effects of sunscreen, not as an alternative to it.

This article comes from JGBilling, one of Chicago’s premier medical billing outsourcing companies.