5 Most Common Neglected Tropical Diseases and How to End Them 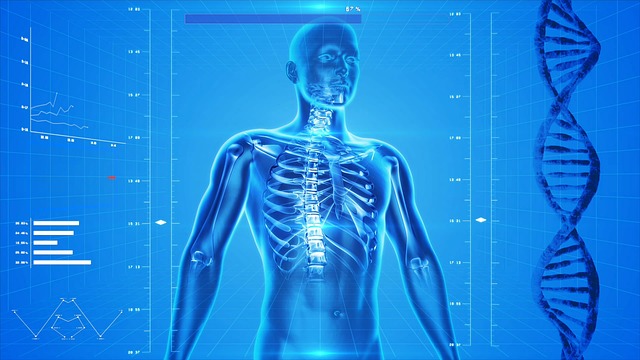 In some parts of the world, prosperity and economic progress ensue. Many countries experience better living conditions year after year. Unfortunately, the progress isn’t equally distributed, as indicated by the result of the 2018 Legatum Prosperity Index.

On the flip side of the coin lies a collection of medical conditions that appear to be more prevalent in the poorest of the poor. These conditions, called Neglected Tropical Diseases, remain prevalent despite extensive and collective efforts to get rid of them.

Despite this, governments and private entities continue to battle these diseases through the right knowledge and unwavering hope that this global dilemma can be ended.

What Are Neglected Tropical Diseases?

Neglected Tropical Diseases or NTDs are a collection of communicable diseases common in tropical and subtropical countries. These affect over one billion people throughout the world. The diseases are most prevalent in nations that have problems with poverty, especially those that lack adequate sanitation and live in close contact with livestock and domestic animals.

The 5 Most Common NTDs

As of 2018, the World Health Organization has identified a total of 20 neglected tropical diseases that account for billions of sick people around the world. Women, children, and all those residing in remote communities with very limited access to standard health care are considered most vulnerable not just to NTDs, but to the accompanying consequences as well.

Although all of them should be taken seriously, there are five NTDs that are most common around the world:

Diseases such as hookworm, whipworm, and roundworm involve helminth infections that are most prevalent in people living in the poorest communities. These spread through human feces which inadvertently contaminate the soil due to poor sanitation.

The morbidity of these soil-transmitted infections depends on the number of worms present in the intestines. Bacteria involved in this type of NTD tend to aggravate malnutrition and kills its host through intestinal bleeding, dysentery or diarrhea, and loss of appetite. It can also cause complications like rectal prolapse and intestinal obstruction, both of which can only be treated by surgical intervention.

Caused by parasitic blood fluke larvae commonly found in bodies of fresh water known as “schistosomes,” this neglected tropical disease occurs in poor communities with a lack of potable drinking water and sanitation system. It is characterized by the presence of microscopic adult worms living in the veins along the intestines and the urinary tract.

Although the mere presence of schistosomes in the body is already an issue, the condition worsens when the adult worms start laying eggs. Trying to combat the foreign contaminant, the human body’s reaction to the schistosomes leads to massive damage to the internal organs.

More popularly known as “elephantiasis,” this NTD causes deformities in certain parts of the human body and excruciating pain. This condition manifests later in life but can be acquired during the childhood years and can cause permanent disability.

This condition may infect anyone who has come into contact with three species of nematode worms called “filariae.” Once a pair of male and female thread-like worms start to mate, they begin “nesting” in the human lymphatic system. They will then cause havoc to the delicate balance of body tissues and blood, which manifests in the form of genital diseases and limb lymphoedema accompanied by severe pain and fever.

Mostly occurring in communities that rely on farming and other forms of agriculture, onchocerciasis is caused by the transmission of filarial worms through bites from black flies that carry the infection. When infected, a human becomes the host to female adult worms that produce microfilariae larvae that later migrate to the skin, eyes, and other organs.

The condition manifests after the death of the microfilariae where the infected organs undergo severe inflammation. If the eye is infected, the condition causes eye lesions that inadvertently lead to visual impairment. If it’s the skin, rashes and severe itching can be experienced, which later results in the dermis wasting away.

Dubbed as the most prevalent infectious disease that causes blindness worldwide, trachoma can spread between children and from mother to child. It is common in communities where there is a shortage of water and an abundance of eye-seeking flies. This condition can begin during infancy and progress later in life, leading to episodes of eye inflammation, or worse, total blindness.

How to End the Prevalence of NTDs

After determining the gravity of the problem on NTDs, the World Health Organization started an initiative in the form of a “roadmap.” The goal? To eliminate, control, and eradicate the neglected tropical diseases.

Since then, many entities — from health organizations and leading pharmaceutical companies to philanthropic groups like the Legatum Institute — came up with ways to help with the global dilemma that prevents equal prosperity growth around the world. This combined effort continues to yield positive results throughout the years.

The Legatum Foundation, for example, helped initiate the END Fund through an $8.9 million investment in 2006. In 2007, the independent legal entity started raising funds and treating NTD patients up to the present.

As a result, the group was able to help treat more than 120 million patients along with their partners in the cause. The initiative also produced over 600,000 trained health workers to continue the quest to eradicate NTDs.

NTDs are Neglected No More

The battle against neglected tropical diseases ensues since they were first identified as a major cause (and result) of poverty. Fortunately, knowledge, information, and a collective effort among governments and private entities continue to spread as well, thereby aiding in the reduction of the NTD prevalence around the world.