5 Non-Acidic Coffee Alternatives to Power Up Your Morning

There is no doubt that coffee dominates the majority of people’s daily routines and for good reason. It’s tasty, can improve your health, and gives you that boost when you need it the most. I know for me personally, I have a really difficult time in the morning getting going unless I’ve had a cup of coffee from my Ninja coffee bar or a solid dose of caffeine. But a few weeks ago I began to realize that the acid in my coffee was giving me stomach and digestive issues. I began looking into alternatives that weren’t so hard on my system and wanted to share my finding in the case in anyone else was facing a similar issue. But before I go into what I found, let’s first look at why coffee can be problematic for some people.

Our bodies naturally gravitate toward optimal pH levels in the body. These levels are what help us feel the focus and overall well-being. However, when we consistently ingest foods and liquids that influence these levels in one way or another, over time it can affect our health in a very negative way. For me, this was showing up as indigestion and heartburn. What was really alarming is that I learned that when you are experiencing these symptoms, it also means that your body is having a hard time absorbing critical minerals like calcium and iron. I also found that the excessive amount of coffee was changing how bright my skin looked, and the texture of it also felt rougher. Additionally, there are various substances found in the coffee bean, and therefore the coffee you drink, that can put unneeded stress on your liver. The liver is responsible for filtering out toxins that enter your body and you want to do everything you can to ensure that it’s working properly. You need to look for low acid coffee beans that you can consume safely.

Here are some of the alternatives to my morning coffee that I have found that are not just delicious but also work just as well for sustained energy throughout the day.

Dandy Blend is a tasty mix made up roasted dandelion root, barley, chicory, beet and rye which, when brewed with hot water, tastes a lot like great tasting coffee. Where the dandy blend wins over coffee is that it’s naturally gluten-free and is packed with healthy minerals that don’t create changes in your body’s pH levels. In Chinese cultures, dandelion root has been used to support liver health, so this was a great choice for me as I tried to restore the function of my liver that had been impaired by too much coffee.

This caffeinated tea is extremely popular in South America and is a favorite in countries like Brazil and Argentina. I fell in love with yerba mate tea because it tastes great (after you get used to it) and also has a substantial antioxidant and trace mineral profile. As an added bonus, I drink my tea right before I work out as yerba mate has been shown to help your body utilize carbohydrates in a more effective manner. Drinking this fantastic tea daily can also boost your digestion and create a more favorable stomach acid profile.

Also loved by the people of South America, guayusa is a plant native to the rainforests of Ecuador with surprising health benefits. Even though it is in the same plant family as yerba mate, I found guayusa to be much less bitter and doesn’t require you to develop a taste for it. Science has revealed that guayusa is packed full of free radical destroying polyphenols and also has chlorogenic acid, which has been shown to help people in their weight loss efforts. Although this is a lesser-known alternative, it’s one of my favorites.

The South Americans really seem to have this stuff figured out because maca root is another wonderful coffee alternative that hails from the mountainous regions of Peru. Maca is a very strong adaptogen that has an energizing effect while containing no actual caffeine. These qualities also help you control stress, which has a cascade effect and keeps the rest of your body’s systems functioning properly.

This is an herbal formula made by a botanical company in the United States that I came across while doing research for myself. This blend contains herbs that both help sustain your natural energetic balance while providing many of the benefits of traditional plant medicines. The Chaga mushroom and cacao gave me great energy throughout the day and the Ramon nut gives the tea a nice nutty flavor that I came to really love. 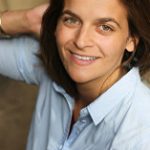 A baker, chef and writer, Remy started missmamiescupcakes.com as a way to deepen and spread her passion for making delicious food. She can also be found on Twitter, Pinterest, and Facebook.