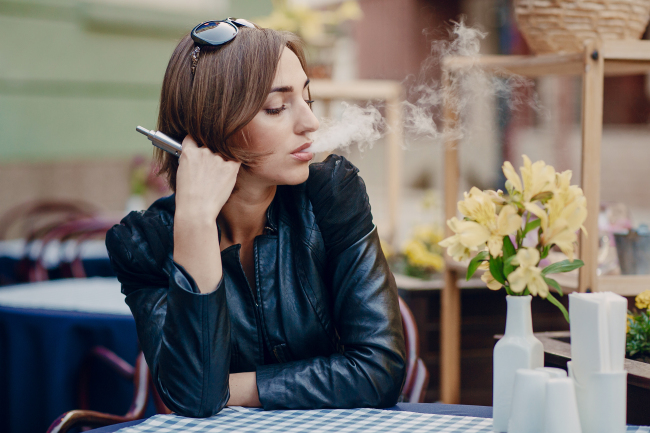 Do you have an instant urge to smoke?

Without giving a second thought, just take out your e-cigarette and start vaping irrespective of any location and the surroundings.

If you are a regular smoker, there would have been a lot of instances where the urge of smoking might have made you impatient. Well, an easy answer to these situations is vaping.

Undoubtedly, e-cigs are anytime better than cigarettes when it comes to ease of use. However, it is not just about the comfort that they provide. Through these years, e-cigarettes have received worldwide acceptance all due to their eco-friendly nature.

From their very way of manufacturing, to what they do, it goes without a doubt, e-cigarettes result in fewer carbon traces than the combustible cigarettes.

Would you not choose the option of greener products if you were given one?

The electronic cigarettes are made in such a way that they can be reused. Apart from the disposables that are long-lasting and more sustainable than the normal cigarettes, they stay durable and only the cartridge of the e-cigarettes is changed as per the usage of the vapor.

We have listed down a few environmental advantages that e-cigarettes have got over the normal tobacco cigarettes.

1. The butts don’t pose a problem

Now that you know what we are talking about, let us take a look at a few numbers. Each year, people on earth litter the planet with trillions of cigarette butts.

Now that is a huge amount. And what do you think the butts are made of?

Well, they aren’t made of something biodegradable. The cigarette butts consist of a thermoplastic polymer known as cellulose acetate. You don’t have to Google it. The main aspect here is plastic.

A cigarette butt will not dissolve. It will instead melt and form a puddle of plastic that is sticky. This plastic would take over ten years to decompose and that is a really long time.

Manufacturing cigarettes has also caused deforestation at a very high level. Treehugger claims that for 300 cigarettes that are manufactured, a tree is cut down.

If we take this into consideration, vaping is a far better option. If you vape e-liquid’s, not only are you smoking what is nearly 95% less dangerous than tobacco but will also be aiding in the conservation of the environment.

Thus, opting for vaporing over smoking can eliminate the use of plastics that are used to manufacture cigarette butts. E-cigs are recyclable and there is no usage of butts, thus making vaporing eco-friendly.

2. Recycling of the e-cigarette batteries

One of the less-known information about the e-cigarettes is that many cartomizers, batteries, or even e-cigarettes that are disposable could be recycled.

Many electronics or hardware shops in your locality will have recycling battery stations where you can just give away your e-cigarette batteries. They make the planet a better place to live, even unknowingly.

The vapor cartridges could also be recycled. You only need to do two things before you give it away for recycling. You need to get rid of all the filler materials and remove them to dispose of it.

Wash and clean away any trace of e-juice from the cartridge. Once done, you can dump it into the recycle bin. You could also recycle the bottles of e-cigarette liquids.

3. Difference between vapor and smoke

Scientists and lawmakers are generally quick to regulate vaping beneath clean air legislation that suggests e-cigarette is similar to the second-hand cigarette smoke.

But it is not. A recent study from 4th Barcelona’s workplace and the Indoor Aerosols Conference stated that the e-cigarettes that are exhaled are just the particles of liquid droplets that evaporate very quickly after exhalation.

The study also confirmed that the vapors of e-cigarette vanish quickly. So, yes, though people know and don’t want to act rude to you, they hold back.

But even you know it is eco-friendly. Vaping also is a contribution to the earth in a positive approach. You can visit the vape shop to select vaping resources today.

Recycling is way too important that is one surefire way of avoiding the havoc created by cigarettes. Recycling is not just putting the used bottles, boxes, and cans into the recycle bin.

Every time you are refilling the tanks with e-liquid, you will be making your vape pen to take part in an existing usage cycle and recycling it until the extended usage later.

Vaping needs very little resources when compared to traditional cigarettes, and very much important, it would get rid of the use of smoke that is definitely a nightmare for the environment. Using the e-liquids and cartridges are much farther and better than them.

Cigarettes are arguably the most polluted thing on the planet. All thanks to the careless people that put them down almost anywhere, and also to the sheer incapability to regulate this massive waste, the cigarette butts can now be found everywhere.

These butts contain harmful and toxic substances which pose a great danger to wildlife. On the other hand, no such trash is created by vaping, thus proving to be environment-friendly.

6. No support for tobacco

Tobacco is commercially produced for the sake of cigarettes. It is grown under severe unhealthy conditions.

Heavy fertilizers are used for the production of Tobacco. These fertilizers not only make their way to the tobacco but indeed pollute the environment by ultimately making their presence in water bodies and vegetation.

These chemicals also get into the cigarettes you are smoking, adding up to the already existing toxic makeup. Vaping, on the other hand, is really pleasurable and also fun with different flavors of nicotine-free e-liquids available in the market to choose from.

But what is best about it is the convenience level when compared to traditional cigarettes. It is great to know that by vaping, you can avoid a lot of adverse impacts on an everyday basis. Hence, puff those cloudy vapors and save our ecology!

Well, that is all about how using e-cigarettes instead of smoking tobacco will bring about a positive change in our environment. Isn’t it time to switch?

Lynda Arbon is a passionate and enthusiastic health blogger. She likes keeping herself updated with the health trends and blogs. Her favorite past time is learning history and solving crossword puzzles.

How To Figure Out If You Are Truly Happy

Your Guide To Wellness, Yoga