7 Benefits of Having a Vasectomy 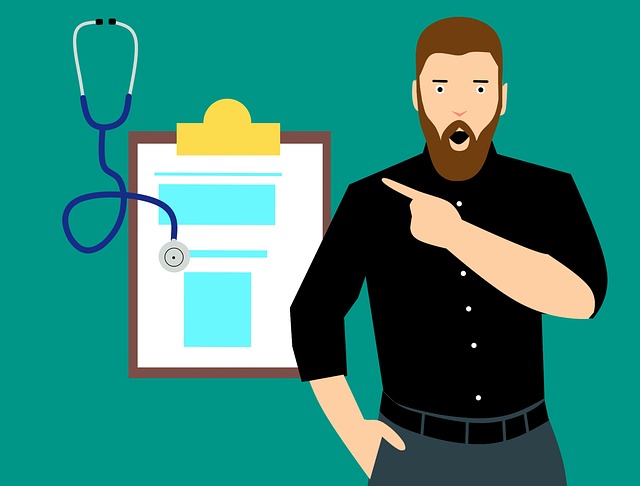 At the time of writing, male birth control is limited. Unlike birth control options for people with female reproductive organs, males cannot take a pill or have a surgical implant to limit their fertility. They can choose to wear a condom or use spermicide, which doesn’t offer long-term peace of mind.

For males, surgical birth control in the form of a vasectomy is the most effective option to prevent pregnancy. It’s a relatively simple operation that offers permanent birth control for men and individuals with male reproductive organs.

Currently, vasectomies are among the most effective types of birth control for both men and women, but many people wonder if it’s worth the time, money, and the healing process.

However, vasectomies have a lot more to offer than pregnancy prevention. From convenience to a better libido, there are many benefits to permanent male birth control.

Let’s take a look at 7 benefits of having a vasectomy and why you might consider “getting snipped” if you want to prevent pregnancy.

Few birth control options – for men or women – are as effective as vasectomies.

In fact, you have less than a 1% chance of impregnating your partner after you have your operation.

How does this compare to other types of birth control? Based on information from the Family Planning Alliance of Australia:

Ultimately, if you want to nearly guarantee pregnancy prevention a vasectomy is one of the best choices.

Vasectomies are partly as effective as they are because they are permanent. They do not rely on hormones or awareness to prevent pregnancy – once the operation is complete, it serves as passive birth control 24/7.

If you’re sure you don’t want children (or you don’t want your family to get larger), a vasectomy is the only permanent birth control as a person with male reproductive organs.

3. Vasectomies are Easier and Safer than Female Sterilization

It’s true that people with female reproductive organs can permanently change their fertility, but it’s a much more challenging process. Vasectomies are usually outpatient procedures – you go to your doctor, he uses a local anesthetic to eliminate the pain, he cuts the two vas deferens and stitches the operation site shut.

In fact, some vasectomies are so simple, doctors don’t use scalpels. They use a special tool that creates an incision so small, the doctor doesn’t need to stitch it afterward. At Vasectomy Brisbane 13Snip, no-scalpel vasectomies are standard, further streamlining the process.

Female sterilization is a much longer process. It requires full anesthesia, a long recovery period, and creates additional risks not present with vasectomies. Additionally, many doctors will deny a woman’s right to sterilize herself in many places if she doesn’t have any children, isn’t married, or isn’t a certain age, limiting your options if you’re a young, unmarried female.

4. Vasectomies Can Boost Your Libido

There’s a common misconception that getting a vasectomy will negatively impact your sex life.

In general, the exact opposite is true – most men find sex more enjoyable after they ‘get snipped’ because they don’t have to worry about pregnancy.

Additionally, doctors recommend men who’ve recently had a vasectomy ejaculate between 20-30 times before they return for a fertility test. It can take up to a year for a man to achieve azoospermia (a state wherein no sperm are present in ejaculate), so it’s important to do so as much as possible to clear any remaining sperm from the vas deferens.

Before you get a vasectomy, it’s important to realize they are meant as a permanent solution. Yes – they are reversible, but you shouldn’t get one and bank on restoring your fertility later.

However, vasectomy reversals are possible. According to Dr. Michael Eisenberg, a respected urologist at Stanford Health Care, about 90 percent of vasectomies are successful if they’re performed by urologists specially trained in microsurgery.

If you’re considering a vasectomy reversal, realize that insurance will rarely cover it. It may be expensive, but it’s an option if you need it.

Unlike female sterilization which can require months of recovery, vasectomy incisions will heal within 7 to 10 days. During the recovery period, doctors recommend the patient:

If you follow your doctor’s guidelines, you’ll be back on your feet in 10 days or less. For a lifetime of pregnancy prevention, the recovery period is a small price to pay for many men.

7. Getting a Vasectomy is Cheaper than Childcare

Unlike many surgeries that cost thousands of dollars (including female sterilization), getting a vasectomy is relatively inexpensive. Some private insurance plans will cover vasectomy costs, further limiting the financial burden.

In Australia, the average out-of-pocket cost for a vasectomy with a Medicare rebate is $630 for local anesthetic and $690 for an IV ‘twilight’ sedation procedure. Without Medicare, a vasectomy will cost between $790 and $1080 on average.

Alternatively, the average cost for child care expenses is $106 per day, according to Care for Kids Australia. That’s right – just 10 days of daycare expenses will pay for your vasectomy if you’re paying for it without insurance.

Vasectomies are growing more and more popular thanks to their wide availability, safety, and simplicity. They are the only form of permanent male birth control, helping people with male reproductive organs plan their future with ease.

If you’re thinking about getting a vasectomy, 13Snip in Brisbane may be worth your consideration. With affordable prices and no-scalpel procedures, they offer vasectomies with ultimate peace of mind guaranteed.

Elizabeth Marks is a freelance writer with a passion for learning new things. She writes regularly about Medical, Health, and Nutrition.