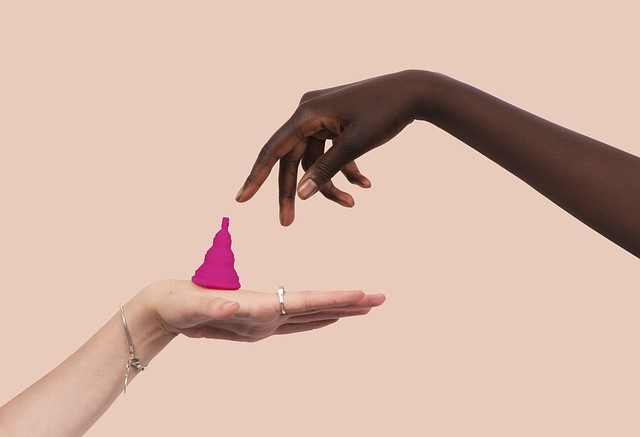 Menstrual cups have been hitting off the shelves since the women’s changed its attitude towards products that they buy in terms of feminine hygiene or menstrual hygiene products.

This feminine menstrual product has been around since the time of the invention of tampons—around the year of 1937, which is the year it was first patented with a material of latex rubber by the American actress Leona Chalmers as the first modern menstrual cup.

Since a woman’s body is different from the other, it makes sense if there are several types of cervixes as well. Now, if you belong in the tilted cervix group, then surely you will have some questions concerning your uterus and in using a menstrual cup.

Thus today, using a menstrual cup like the daisy menstrual cup with a tilted cervix will be discussed so that you will know what to do or if it still fits as a menstrual product for you to use. If by chance, you do not know if you have a tilted cervix, then this article will be of help as well to inform you about tilted cervixes. (See also: Tampons vs Menstrual Cups: Which One is Right for You?)

What is a Tilted Cervix?

Commonly, the uterus sits upright, in an up-and-down, or a vertical position. However, in some women, the uterus or cervix is tipped backward, which points towards the lower back. And this is known as a tilted cervix, tipped, and retroverted uterus.

If you think that this condition is rare, then you assumed wrong. In actual, a tilted uterus is quite common in 100 women, there are 20 women out there having this condition.

Why do I Have a Tilted Cervix?

If you have a tilted cervix or have been told that you have one, cases are, you are probably wondering how you developed such a thing. Well, in most cases, it is just the way how it was formed when you were born.

A board-certified reproductive endocrinologist and infertility specialist at Reproductive Medicine Associates of Connecticut, and also an Ob-Gyn Dr. Hurwitz, stated that the tilted cervix condition is perfectly natural like this is just the way that some women are built.

However, some cases were caused by physical changes within the body that causes this condition. the most common cause for this is the scar tissue due to endometriosis or fibroid.

Because the scar tissue can weigh the uterus down or pull it towards the back, it results in a tilted cervix or a retroverted uterus. Additionally, the conditions that were said beforehand can also create scar tissue in the abdomen area which can also push the uterus backward.

Some women that have tilted cervix can be accompanied with a pain, then one should talk it out with their doctors. Especially if it is about signs of other women health issues like endometriosis, a condition wherein the lining of the uterus grows outside the womb.

There are also some circumstances that might cause a tilted cervix, like pregnancy. There are some women that have developed said condition after pregnancy since the ligaments that hold the uterus in place is stretched and loosen during the pregnancy. Thus, after the delivery, the uterus may shift in a new position, which is a result of the retroverted cervix.

Lastly, menopause can also cause this condition since the ligaments that hold the uterus relaxes as the estrogen drops (which is a body’s chemical substance that primarily drops during menopause), this then allows the uterus to slip into a tilted or retroverted cervix position.

Symptoms of the Tipped, Tilted, or Retroverted Cervix

Like any conditions, having a tilted cervix can also be determined through signs or symptoms. This includes the following:

However, remember that some of these symptoms are considered normal that could be caused by having a tilted uterus. Mostly, it does not matter where your uterus is, especially if you do not have any of the mentioned symptoms. But, if you are experiencing any severe discomfort, then you should talk to your doctor.

Using a Menstrual Cup with a Tilted Cervix

The moment of truth! So, does it matter if you have a tilted cervix when using a menstrual cup? Well then, it’s time to know the truth.

Since every person’s body is different, many women with tipped, tilted, or retroverted cervixes still find using the menstrual cup like daisy cup easy. But it depends on how much your cervix is tilted wither forwards or backward.

For women with a severely tilted cervix, they need to practice with which angle suits them the most when the cup is inserted. This can take a few menstrual cycles to get used to but it surely pays off. (See also: The Pros & Cons Of Exercising On Your Period)

Kelly Jensen is a freelance creative writer who collaborates with various healthy lifestyle enthusiasts to share her experiences through the written word. She especially loves writing about health and the various ways to become healthy. Kelly worked as a content marketing specialist in her former life but recently left to pursue a full-time freelance career.