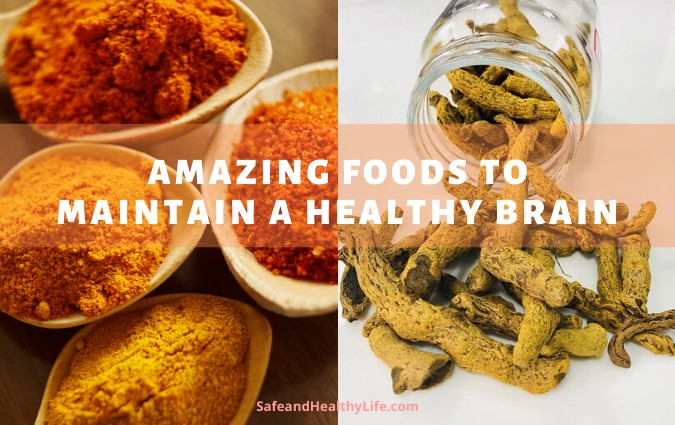 In recent times, supplements for a lot of naturally existing herbs and spices have become abundant in the market. Synthetic supplements have become an important part of our diet in a way where we now depend on them religiously.

However, basic herbs and spices which have been around for centuries have a major impact on keeping us healthy. There is really no substitute for natural things.

Naturally existing foods have just about everything we need in order to ensure that we are healthy and not lacking any sort of minerals or vitamins.

Other than just being a great source of minerals for all of those who consume it, they are an essential part of a lot of cooking recipes. For example, turmeric is widely used in South Asian cuisine. Hence the reason you see people from that side of the world less likely to suffer from brain diseases as they age.

Here in the west, we might not use some of these spices as much as they are used in Asia. Western cooking uses its own spices and herbs which suit its own cuisine just fine.

We do not have foods that are rich in spices here, we generally like to keep it simple the best we can.

Does that mean that we are going to be missing out on some of the benefits which these Asian spices can provide us? The answer is yes, sort of.

In simple words, we are missing out on some of them but not all. We aren’t saying that turmeric isn’t used AT ALL, it’s just not used as much as it is in other parts of the world.

If it bothers you, you may consider looking around for a place to buy turmeric powder. Turmeric can be a great addition to your cooking, bringing you a fusion that you may have never thought could be brought to your cooking.

Adding a new touch of style to your cooking can be a great change from what you are used to. Moreover, you get all the benefits of curcumin, a compound found in abundance in turmeric.

Curcumin and its effects on the brain

Curcumin is found in plenty in the spice and you can really take advantage of this. Whether you are planning on taking turmeric capsules or the powder itself, the main factor which you are going to be benefitting from in the long run is going to be curcumin itself.

As an antioxidant, it could do wonders for our cells and protect them from damage. Moreover, if you have ever read about local South Asian remedies, turmeric is used to help inflammation.

It is actually the curcumin in the turmeric which reduces inflammation sustained from injuries, illnesses, etc.

However, the most beneficial effect which curcumin has is probably on our brain. Memory related illnesses such as Alzheimer’s and Dementia can be treated and controlled to some extent with the help of curcumin.

Hence, the reason why these diseases are a lot less in parts of the world where the spice is commonly used is definitely because of turmeric.

Moreover, it was found in some studies that the effects of turmeric and by virtue of that, curcumin, have an effect on depression and depressive symptoms as well.

Therefore, we see general well-being coming through as you consume turmeric.

Moreover, turmeric has been used to treat all kinds of illnesses for centuries. Before medicine had developed as much as it has in this era, people with internal illnesses would consume turmeric as much as they could to rid of illnesses.

Wounds and injuries were treated with the spice leaving the patient covered in a puff of yellow powder. The anti-inflammatory properties which the spice has are pretty much unmatched.

Before they had modern medicine, this is what they would use to deal with swelling. Infections and swellings were treated with the help of the yellow powder, so much so that even today millions of people still prefer this method of traditional treatment.

We touched upon the effects that turmeric has on our mental health briefly in the earlier paragraphs.

MDD or Major Depressive Disorder is a mood disorder where a person can have severe depressive features, enough for them to be hospitalized in some cases. Turmeric played a significant role in helping overcome symptoms of MDD.

When compared to a control group that was given a placebo, it was found that the effects of the curcumin, through the turmeric, had a positive effect on all those who were suffering from the mood disorder.

Connections between the effects of curcumin and ADHD have been made in the past through scientific research.

However, when tests were conducted it was found that the effects of curcumin had no significant effects in treating the hyperactivity disorder. The significance levels were not much significant than that of the placebo which was given to the control group.

However, we can see that there is a positive co-relation between turmeric and its effects on mental health. Though Alzheimer’s and Dementia are degenerative diseases, the effects which it had on MDD are fairly important to the science behind the yellow powdered spice.

With all that said, we see no reason why turmeric should not be added into our foods the way they do in Asian cuisines.

There is absolutely no harm in doing so if anything it might just give a nice twist to the food we eat. A fusion between styles could be a great addition to your cooking and you never know, it might be received well by everyone who consumes the food.

In conclusion, if you are trying to get the benefits of the herb without adding it to your food, we can recommend that you consider buying some turmeric capsules.

The supplement is going to give you the necessary dose of curcumin which we have explained above, and you don’t even have to change the way you cook. All you need to do is pop a capsule in your mouth and get on with your day.

However, we advise that you check with your doctor first to avoid any kind of negative side-effects which may come with the compound.

Britney Caira is a good writer, and her primary goal is to educate readers and share quality content, She would love to write about Health and Insurance. She assures you that the readers will find her writings interesting and engaging.