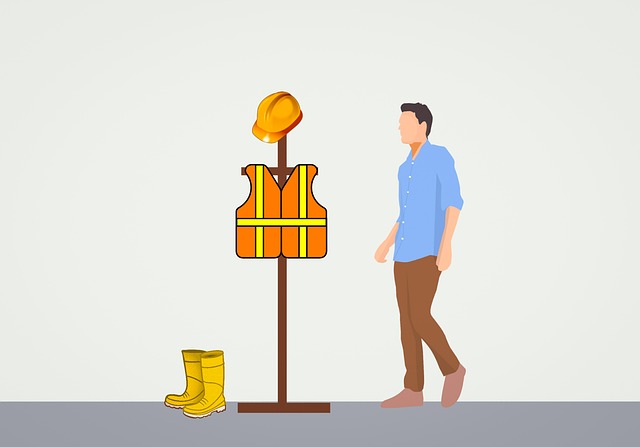 Risky jobs, according to the Bureau of Labor Statistics, include loggers, fishers, and pilots. According to the 2016 Census of  Fatal Occupational Injuries, these particular jobs have some of the highest amounts of workplace deaths in America today – but these industries are just the beginning.

In 2016 alone, there were 5,190 deaths of workers while on the job in total – a 5% increase from the year before. The total average was about 3.6 deaths per 100,000 full-time workers. Loggers had it even worse as their numbers were 135.9 deaths per 100,000 workers. A few other dangerous jobs that should be mentioned include roofing, truck driving, and farming.

The jobs that end up having the highest amount of workplace deaths are actually those that involve transportation. These jobs are responsible for around 40% of any type of workplace deaths that occurred in 2016. The figures that have been included in the data were around 632 truck drivers, about 116 farmers, and 62 groundskeepers.

The next most prevalent workplace danger was actually workplace violence. It has gotten so bad that workplace violence ranks higher on the list than “slips, trips, and falls.” Homicide at work has increased by 20%, which is a huge number and is the highest that it has been since 2010. There were around 500 cases of workplace homicide in 2016 alone.

Construction is one of the Most Dangerous Industries

Another hazardous job that should be mentioned is construction work. It ranks up there as one of the most dangerous industries to be in in the United States. 2014’s numbers show that there were 874 deaths in construction that year and 40% of those deaths were related to falls.

Every day there are about 6.5 million people working at over 252,000 construction sites in the United States alone. As for the fatality rate in construction, it is higher than most professions and would be the highest was it not for safety gear like hard hats and hi-viz vests.

The reason for this high number is the many different potential hazards that are at construction sites. This list of potential injuries includes falling from heights, trenches collapsing, scaffolds collapsing, electric shocks from an arc flash or arc blast, the worker failing to use the proper PPE (personal protective equipment), and injuries due to repetitive motion.

In an effort to help people be more aware of the risk of falling, OSHA started an awareness program called National Safety Stand-Down. This program is to better educate employers and employees about the different fall risks that are at their sites.

The idea of the program is that some time during the workweek the company will “stand down” and have a specified time in which they will discuss with their workers the potential dangers that relate to falling and injury due to falling. They want employers to educate their employees on the safe practices they should be using in order to avoid such injuries. These types of meetings can be great for helping prevent these types of injuries and prevent deaths. Different events like this that have happened in the past have reached numbers as high as five million employees/employers and OSHA is looking to increase that number year on year.

Part of a Greater Effort to Reduce Workplace Deaths

This Stand-Down program is part of a larger program that was launched back in 2012. The larger program was created in an effort to reduce the number of workplace deaths and injuries that happen each year due to preventable incidents. The idea is that if employers and employees are better educated then they will be able to prevent such incidents from happening in the future. (See also: How Healthcare Workers Should Deal with Sharps Injuries?)

The “Fatal Four” includes the most common construction accidents, and falls make up the largest percentage of these accidents. The other three in the “Fatal Four” are electrocution, being struck by an object and being caught in between things, but none of these three come anywhere close to falls in the sheer number of incidents that are reported.

Getting Workers to Wear Hard Hats

One main reason for wanting to educate employers and employees is to make sure they understand the dangers of not following the safety guidelines. You want to make sure that everyone is wearing a hard hat at a construction site. In order to educate workers on the need for hard hats, there should be an appeal to their emotions. They should imagine what it would be like for family or friends if they were to suffer some type of brain injury or death because of an injury that they could have prevented in the first place.

Provide all workers with the proper PPE for the job. All different kinds of PPE (including hard hats) are constantly being improved upon to help the wearer be more comfortable, to help individualize the products and of course to help keep the worker safer. Making sure that your hard hats are up to date is one of the key components to keeping hard hats on your workers’ heads.

Hard hats are constantly being revamped to make sure that workers will keep them on. They are being redone according to what the workers complain about, which is mostly comfort. Hard hats absorb 75% of impacts as long as they are being worn properly. The ratchet harness is one of the newest features on hard hats and allows a worker to adjust their hat with one hand, which is more convenient and comfortable for them.

This article was contributed by Mark Daniels. Mark is a versatile writer with extensive experience in creating interesting, engaging, and unique articles in several industries.