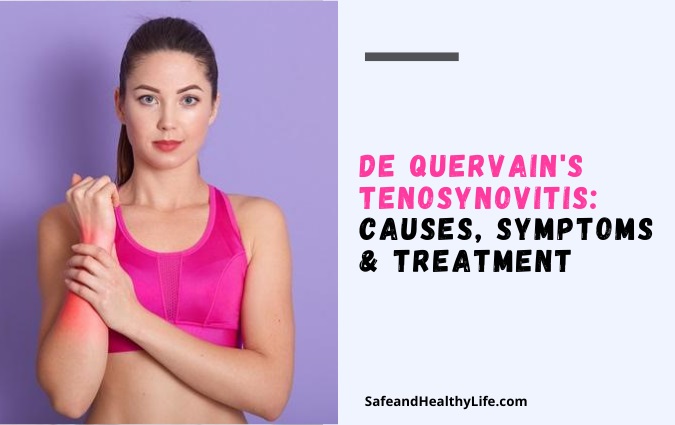 If you have ever experienced a sharp pain in your wrist that stopped you in your tracks, you may have been suffering from De Quervain’s disease.

This common disease has been known to affect many young adults at one stage in their lives and can be extremely painful.

The condition needs to be medically diagnosed and will require treatment if you are to recover fully.

We will take a detailed look at De Quervain’s Tenosynovitis and how you can treat this uncomfortable condition if you happen to fall victim to it.

What is De Quervain’s Tenosynovitis?

De Quervain’s Tenosynovitis is a condition that affects the wrists and thumbs. The condition is excruciating, causing discomfort and making movements difficult.

The infection affects the thumb side of the wrist and is caused by swelling to the two tendons around the thumbs base. De Quervain’s was named after the Swiss surgeon Fritz de Quervain, who diagnosed the first patient with a wrist inflammation back in 1895.

There are more than 200,000 cases in the United States every year, and this number is steadily increasing. Synonyms for De Quervain’s Tenosynovitis include texting thumb, mommy’s wrist, blackberry thumb, and gamers thumb.

De Quervain’s is caused by repetitive movements of the fingers, wrist, and thumb. The repetitive motion causes the tendon sheath covering the tendons in the thumb to become swollen.

For De Quervain’s Tenosynovitis to develop the movement has to be repeated regularly, on a daily basis. The swelling of the thumbs tendons applies pressure to the nearby nerves, causing pain, discomfort, and even numbness in some cases.

Who can contract de Quervains Tenosynovitis?

De Quervain’s Tenosynovitis can be contracted by anyone who uses a repetitive motion with their wrists or hand.

Women are more likely to contract de Quervain’s Tenosynovitis; this is particularly common in mothers as the repeated motion of lifting a young child in and out of a car seat or stroller can cause the condition.

It is also found in people who play video games Regularly, as the repetitive pushing of the buttons in a video console remote is known to cause de Quervain’s, which is also known as gamers thumb.

Another name for de Quervain is Blackberry or texting thumb because of the repeated motion used while sending a text message on your Blackberry or any other cellphone.

You will also hear it commonly called washerwoman’s sprain, and this is from the repeated up and down motion washerwoman use when washing clothes by hand on a washer board.

The condition is also known to affect many individuals who work in the information technology sector, as typing on a keyboard can bring on the disease.

What are the symptoms of de Quervain’s Tenosynovitis? 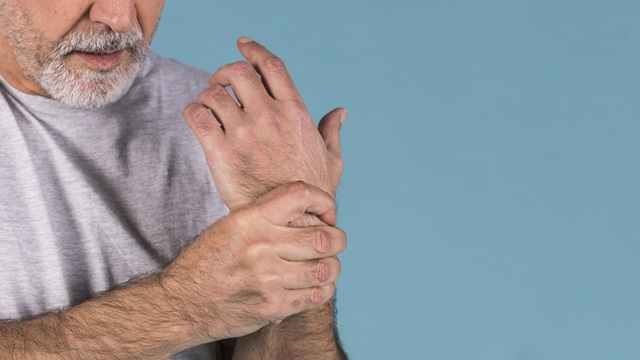 Numerous symptoms can be experienced when someone has de Quervain’s. The most common symptoms are swelling and sharp pain in the wrist and thumb. You may also experience tenderness in the thumb and wrist area.

Movements are known to become difficult when suffering from de Quervain’s Tenosynovitis, you May also experience numbness in the same area.

How do you treat de Quervain’s Tenosynovitis?

De Quervain’s Tenosynovitis needs to be treated for you to recover. Doctors often prescribe an anti-inflammatory and pain killer for patients.

The most effective treatment for de Quervain’s is rest, stopping the cause of the condition helps in the procedure. The use of a splint or brace is also widespread to help prevent the movement and allow the area to heal from rest.

If You are looking for a de Quervain’s Tenosynovitis natural treatment, you will want to look no further than the de Quervain’s wand.

This remarkable invention will help eliminate the need for surgery and make a massive difference in the movement in the wrist and thumb. The de Quervain’s wand can be found at dequervainscure.com.

How long is recovery from De Quervain’s Tenosynovitis?

On average, it takes anywhere from 6 to 12 weeks to heal from De Quervain’s. This is as long as you are resting the wrist, thumb, and hand as instructed by your physician.

Once healed completely, all pain and discomfort should be gone entirely. In extreme cases, your doctor may recommend surgery to repair the damaged tendons.

The recovery time for surgery may take several months, and in some cases, you may not be able to move the hand and wrist as you could before wholly.

The sooner you begin to treat de Quervain’s Tenosynovitis, the better, and the de Quervain’s wand is known to help eliminate the need for surgery, also relieving some of the common symptoms experienced.

What makes the De Quervain’s wand so popular is the ease of use, very compact and lightweight, making ideal for all. The wand is an inexpensive alternative to some of the treatments available on the market.

If you are suffering from De Quervain’s Tenosynovitis head over to https://dequervainscure.com and check the wand out for yourself, you won’t be disappointed.

Mark is a content writer, and he enjoys his work. In his spare time, he likes writing health articles. He’s committed to writing during his work hours and his spare hours, the only difference being work and leisure. He also enjoys wine tasting and takes an interest in cooking.