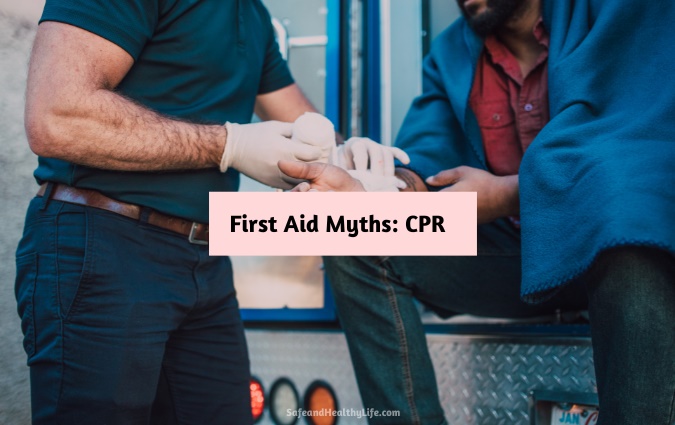 In the last 50 years, CPR (cardiopulmonary resuscitation) has saved hundreds of thousands of lives through chest compressions and mouth-to-mouth breaths.

CPR (and other types of resuscitation, such as defibrillation) are frequently the subject of myths and misconceptions that might discourage people from performing CPR in an emergency.

What are some of the most common misunderstandings people have about CPR, and what is the reality?

If you do chest compressions when they aren’t needed, you could do more harm than good

People are often uneasy about whether to perform CPR because of the potential for causing harm to a person’s ribs. According to most medical authorities, the risk of serious injury is relatively small, and the risk is worth taking.

Reassuringly, a 2012 study found that only 26 out of 910 cases of CPR performed by bystanders in Yokohama (Japan’s second-largest city) were deemed unnecessary. Of those 26 cases, only three resulted in complications from CPR, including one minor rib fracture.

All of the complications were relatively mild. CPR has far higher odds of saving a person than of injuring one, so if it seems CPR is needed, don’t hesitate!

For CPR to work, you have to do the breaths

Generally, this notion has been disproved. In some studies, CPR using only chest compressions has been shown to be as effective (if not more effective) than CPR using both compressions and breaths.

A good thing about compressions without CPR is that bystanders are more likely to perform this kind of CPR on a stranger.

However, you should still include breaths in CPR in cases of infant or child CPR or near-drownings, as compression-only CPR is inadequate in those situations. If you’re unsure whether to include breaths, you’re probably better off doing so.

The existence of Good Samaritan legislation in many countries, including Australia, protects individuals who perform CPR or other first aid out of a sincere desire to assist. But this can vary from one state to another.

In NSW, for example, you are not always protected if you caused someone’s medical condition. However, an innocent bystander who performs CPR on someone who appears to need it is usually covered by the law.

It may seem like the CPR recipient would prefer to have their own fingers in their mouth than a stranger’s, but using the unconscious person’s fingers to remove a blockage should be avoided for several reasons.

For one, when someone is unconscious, their body goes limp, including the fingers, and limp fingers are not going to be useful for scooping up an object in a tight space like the inside of a throat.

Another reason is that performing a delicate action using someone else’s hand would be hard even if they weren’t unconscious. But even aside from using an unconscious person’s fingers, the question of what to do about blockages in someone’s airway when they need CPR is far from settled.

There is a danger that food or vomit blocking the airway could make the person choke, and it should be dislodged as soon as possible. But in trying to remove the obstruction, you risk forcing it further down the throat.

There are also the risks of causing infection and being bitten to take into account. If you need to perform CPR and you see a blockage in the person’s airway, and it looks like you can remove it safely, go ahead and do it.

But keep these points in mind:

If someone is having heart problems, just get them to cough instead

This urban myth has been seen all over social media lately. People may have gotten this idea from the fact that people with short-term chest pain cough, or it could be a misinterpretation of real medical procedures.

Occasionally, coughing is used under medical supervision for heart issues. But coughing does NOTHING for actual cardiac arrest.

The factors that lead to cardiac arrest (usually an arterial blockage) are not helped by coughing, and coughing is not a technique for self-administered CPR. The only time chest compressions are effective is when the person is unconscious and can’t cough at will, making this one clearly wrong.

It’s unsurprising that people are reluctant to perform CPR on infants and children because they are even more fearful about injuring them than adults.

What are some of the most persistent misconceptions about CPR for infants and children?

Instead of blowing from your lungs, use air from your cheeks

This might be a good idea in theory, but it’s hard to implement in reality. It’s easier to control your lungs. Just be sure to blow gently – enough so that the child’s chest rises and no more.

With both your hands around their chest, do compressions with your thumbs

People have probably picked this one up by observing paramedics and doctors doing CPR on infants, and this is a technique they use.

However, it is an advanced method that requires training to do properly. It shouldn’t be attempted by laymen, who are better off just following the recommended method and compressing the chest with two fingers.

Pick the baby up and do compressions on your arm

This is possible but not recommended. It has a number of drawbacks: it’s difficult to use the right amount of pressure on the sternum, you can’t support the baby’s head as well, and you may tire more quickly.

It’s better to do the compressions on the floor or another solid surface.

CPR and defibrillation are often used together, but many people find using a defibrillator intimidating.

What are some of the myths about defibrillators?

You can only use a defibrillator on someone if you’ve been trained; otherwise, you could kill them!

Historically, there was some substance to this myth. Only a medical professional should use a manual defibrillator, one who’s had training in when it’s necessary and how it should be used. They aren’t made with laymen in mind.

But this isn’t an issue for most of us, as we aren’t likely to ever get near one of these. If you aren’t a medical professional, any defibrillator you come in contact with is much more likely to be an AED or an automated external defibrillator.

AEDs are designed with the non-professional in mind. Much of the thinking has been done for you – not only do simple instructions come with them (many models even speak them out loud), but their ability to read someone’s vital signs and heart rate makes it almost impossible for an AED to shock a person who doesn’t need it.

Of course, this doesn’t mean you shouldn’t get training in how to use a defibrillator. Being trained in how to use an AED can take seconds or minutes off the time it takes to give someone resuscitation – and that’s a big deal when every second counts.

This is false for two reasons. Firstly, that isn’t a decision you’ll need to make. As said above, an AED will work out whether defibrillation is necessary.

Secondly, in the event that someone’s heart really has stopped, a defibrillator won’t help them much. One common misunderstanding about defibrillators is the perception that they start the heart. In reality, they stop it.

When someone’s heartbeat is erratic (as happens during a heart attack), a defibrillator temporarily stops it so it can restart in a more natural rhythm. If a heart has stopped completely, defibrillation won’t be of any use – it’s time to start CPR.

A matter of life and death

Almost every first aid training course, from Beijing to Brisbane includes CPR as a major component, and many workplaces require employees to receive training in it annually.

When someone is on the ground and not breathing, CPR can mean the difference between life and death. And the benefits are almost always greater than the dangers.

Amanda Murphy is a professional content writer and researcher working for First Aid Pro in Adelaide, South Australia. She holds a Bachelor’s degree in English and History from the University of Adelaide.