How Has the Dieselgate Scandal Affected Air Quality? 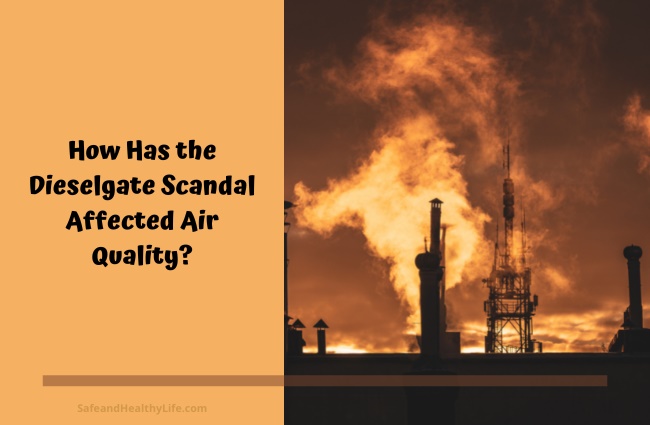 Affected car owners have also been busy working with their solicitors, preparing what they need to file a diesel emissions claim against their manufacturer.

The biggest impact of the scandal, however, is felt all around as air pollution levels continue to stay at alarming levels. Diesel vehicles involved in the diesel emissions scandal emit nitrogen oxide (NOx), a gas that has devastating effects on the environment and human health.

According to a 2017 study conducted by Environmental Health Analytics, NOx emissions that are higher than the regulated limits were linked to approximately 38,000 excess deaths all over the world.

The majority of these happened in Europe, where the laws have been in favor of CO2 emissions rather than NOx emissions.

In September 2015, the US Environmental Protection Agency (EPA) discovered defeat devices in Volkswagen’s diesel vehicles sold across the United States. VW initially denied the allegations but later on admitted that they knowingly fitted their vehicles with illegal software.

A defeat device is designed to detect when a vehicle is in regulatory testing in a lab. It automatically and artificially adjusts emissions levels to make sure that these stay within the emissions levels set by the World Health Organization.

When the vehicle is brought out and driven in real-world road conditions, though, nitrogen oxides are emitted in voluminous amounts that exceed the regulatory limits set by the WHO and EU.

As such, VW deceived their customers when they sold the vehicles as clean and environmentally friendly. Essentially, the vehicles are heavy pollutants because of the volume of NOx they emit.

Approximately one year after the VW diesel emissions scandal broke; Mercedes-Benz was implicated in it. Owners of Mercedes diesel vehicles in the US got together to file a class-action lawsuit in relation to the use of defeat devices.

Nitrogen oxide or NOx, the gas that diesel vehicles emit, is a gas that significantly impacts the environment and human health. Its major components are nitrogen dioxide or NO2 and nitric oxide or NO.

NOx is known to help in the formation of smog and acid rain. It is also a significant contributor to the creation of ground-level ozone.

It also affects vegetation and makes crops and plants susceptible to frost and damage. It also stops their growth.

The most devastating effect of nitrogen oxide, however, is on human health.

If a person is exposed to low levels of NOx, the impact can be any or a combination of the following:

Exposure to high levels of nitrogen oxide can have devastating effects on a person’s health, including:

Some cases of NOx exposure may also lead to bronchitis or emphysema and other respiratory diseases. Nitrogen oxide is also said to trigger mental health issues, such as anxiety and depression.

A 2019 study revealed that air pollution has become more dangerous than smoking as it leads to more deaths in a year globally compared to cigarettes. In 2015, about 64,000 deaths in the UK were linked to air pollution.

In 2018, UK NOx emissions from road transport were estimated to make up at least 31% of the total emissions. This is why vehicle NOx emissions are regulated. The Worldwide Harmonised Light Vehicle Test Procedure or WLTP is required new car models to pass before they can be sold.

Car owners whose vehicles were fitted with defeat devices are encouraged to file diesel claims. This is the legal way of getting compensated for the financial burden and inconvenience customers experience. The claims process can be time-consuming and challenging, especially for first-timers.

So, the best thing to do is to work with a panel of emissions solicitors who are skilled and experienced in bringing claims to court. The ideal team is the one that is committed to helping car owners like you.

With them, you won’t need to ask, “How do I file my diesel claim?” Your panel of solicitors will gladly guide you through every step of the process.

Choose to work with the panel of solicitors at ClaimExperts.co.uk. They offer a no-win-no-fee guarantee, so you don’t have to worry about expenses. Their panel is also regulated, so you know you’re working with experienced professionals.

Visit their website to get to know more about what they offer and to find out if you are eligible to claim.

Barbara is a Senior Support Manager at Emissions.co.uk. Emissions.co.uk specializes in bringing claims in the UK on behalf of those who have purchased vehicles from these manufacturers, whose cars breached harmful NOx emissions standards. They go against a number of car manufacturers who have lied about their pollution and emissions, in a scandal that is now known as dieselgate.