How to Help Your Teen Become a Better Driver 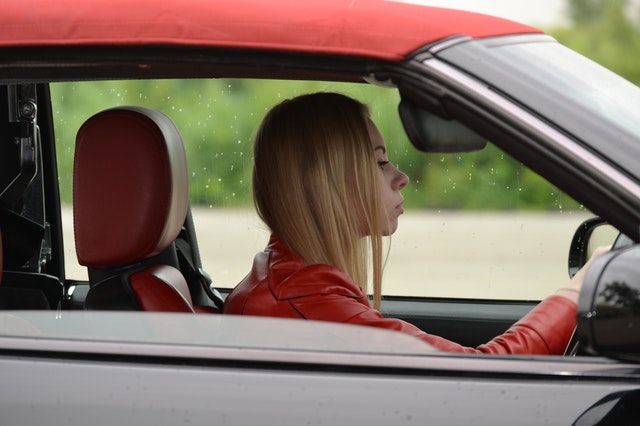 It probably feels like just yesterday your son or daughter was learning how to ride a bike. You were at the park taking pictures of his or her first time riding a bike without training wheels on your flip phone or disposal camera. Now, he or she is a teenager learning how to drive a car.

This can be stressful for any parent. Not only is your baby boy or girl all grown up, but he or she is also now old enough to drive. Although this may be scary, you need to realize that you play an important part in teaching your teen how to drive. This is why we’ve created a guide with all the information you need in order to help your teenager become a better driver and feel comfortable behind the wheel.

Take Teens out to Drive

Teenagers might play a lot of video games that involve driving, but the truth is that it just isn’t the same. They aren’t using their right foot to accelerate or using mirrors to switch lanes. Instead, they are using their hands to make a cargo 100 mph.

You learn how to operate a vehicle by being on the road. The saying, “practice makes perfect” directly, applies to drive. Put this saying to the test by showing them what to do. Have them sit in the front passenger seat while you drive. Explain everything that you do from the moment you sit in the driver’s seat. This will allow them to see and hear everything you do. While you’re behind the wheel, also explain why and how you are doing whatever it is that you are doing.

Having teenagers drive around the neighborhood at noon every day just isn’t going to cut it. They will be excellent at driving around the neighborhood at 10 mph, but won’t encounter real traffic. This is why it’s best to constantly change their routine. Have them drive you to the grocery store, to restaurants, and the mall. Making teenagers drive you to different locations will help them encounter different situations that they will face when on their own.

In addition, teenagers should also practice how to drive at night, and while it’s raining or snowing. They will not always have the luxury of driving on a sunny afternoon. While that would be great, that isn’t always going to be the case. Driving at night will allow them to drive with reduced visibility. It will show them the importance of always having your headlights on. Driving in the snow or rain will show them how to drive in slick pavements. It will teach them that you must drive slower because your car doesn’t have the same traction.

Remain Calm at all Times

It can be difficult to remain calm while teenagers are behind the wheel, but it’s something you must do. Many teens will not want to learn if you are constantly yelling at them. You need to remember that they just started to learn how to drive, and there are a lot of rules to follow.

In addition, it’s important to give your teens simple and clear instructions. This will allow them to understand what it is that you want them to do and react quicker. Also, whenever they successfully complete a task, praise them. This will boost their confidence up and will encourage them to continue to learn.

In a situation where they make a mistake, try your best not to yell. It can be difficult to hold your anger in, especially when they make a huge mistake, but just remember that you were once in their shoes. Instead, have them pull over. Explain to them what it is that they did wrong and how they can improve.

If teenagers are not comfortable with you in the car or you get really nervous while they are driving, there is always the option of driver education courses. This will not only keep your stress levels down, but they will also be driving with a trained professional. They will learn everything they need to know and will be put in many different situations.

It’s important to ask teenagers questions, but it doesn’t always have to be while they are driving. You can ask questions or bring up different scenarios they might encounter on the road at any time. It can be while you all are eating dinner, while you are behind the wheel, or at the park. In addition, ask teenagers if they have any questions for you. Maybe they were too nervous to ask a question while they were behind the wheel or they just thought of a scenario and aren’t sure how they would react to it. This will always have them thinking and better prepared for the next time they are on the road.

Jake Rivers has loved nothing more than cars since he bought his first Mustang back in the year 2000 – until he had his first daughter Ellie, of course. After writing about sports cars for over a decade, he’s switched gears to focus more on the parenting aspects of driving – like safety! He figures it’s the best way to combine the two things he loves most.