Every day, 115 people die in America due to the misuse of opioids. This is a serious problem that threatens public health. It also threatens economic and social welfare. It is estimated that the United States spends $78.5 billion on costs related to the opioid crisis. These costs are related to criminal justice involvement, addiction treatment, lost productivity and healthcare.

Over 42,000 people died due to an opioid overdose in 2016. This was one of the deadliest years for opioid overdoses. Forty percent of these overdoses were from prescription opioids.

It is estimated that 21 to 29 percent of people who use opioids for chronic pain will abuse them. People who use heroin first are more likely to misuse prescription opioids.

What Caused the Opioid Overdose?

Pharmaceutical companies began marketing opioids as a safe and effective medication in the 1990s. They also stated that patients who use these drugs will not become addicted to them. That is why doctors began to prescribe them at a much higher rate. The overdose rates began to rise as the use of these drugs increased.

There are three distinct waves that occurred in the opioid crisis. The first wave began in the 1990s when doctors began prescribing these drugs. Overdose deaths started to increase in 1999.

The second wave began in 2010. The number of heroin deaths increased drastically during this time. The third wave began in 2013. There was an increase in deaths related to illicit Fentanyl. The drug was being illicitly manufactured and sold.

The Internet’s Role and Facebook’s Involvement

The internet has contributed to the opioid crisis. There are many fraudulent online drug dealers. According to the National Association Boards of Pharmacy, there are over 100 online pharmacies that illegally sell drugs. The Food and Drug Administration has been trying to stop these companies from selling drugs.

The FDA has also turned to Google and Facebook in order to combat the sale of opioids. If a person attempts to buy drugs on Facebook, then they will be redirected to a message that gives people information about treatment.

How To Help A Loved One

If you believe that your loved one is battling an opioid addiction, then you should encourage them to go to a treatment center. A treatment center will give people the medical care and support that they need in order to recover.

The opioid crisis has ruined countless lives. It has also lead to deaths. Fortunately, the right treatment can help people get on the right track. 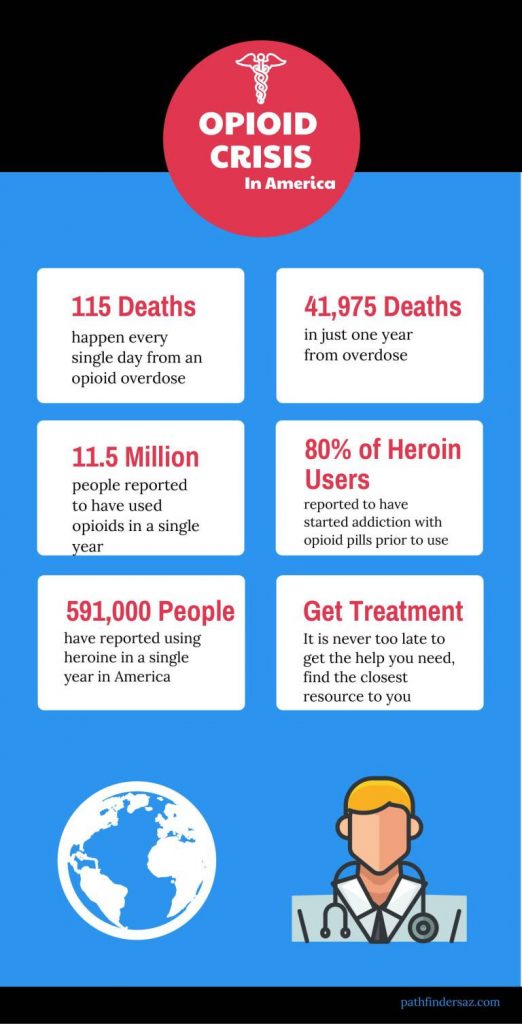