Is Vaping A Better Choice Over Toke?

May 3, 2019Written by Safe and Healthy Life Expert 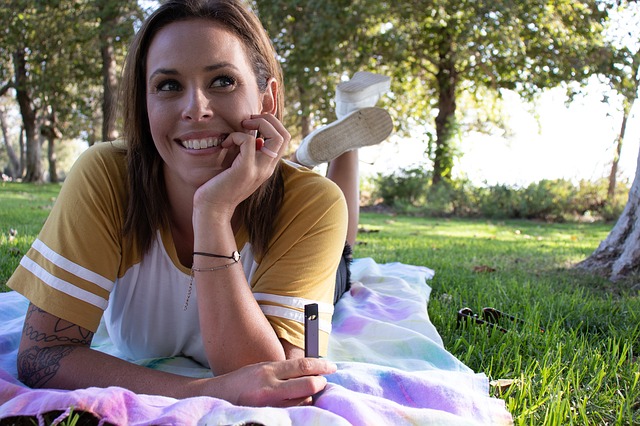 Almost every toker knows it, the higher the THC composition, the higher you get. Legalization of cannabis across many states has imposed regulations on the cannabinoid composition in any weed you purchase.

With regulated composition, heavy tokers have impatiently begun to find new ways to get higher. One such mode of getting high with weed is vaping. The resins and oils in the buds and toke-totes are extracted and refined. This mixture of pure cannabinoids is then heated and inhaled.

Following this increased exploitation of the methods of smoking weed, arguments about which one is better and safer have also begun to surface the internet.

The worst part of smoking is the accumulation of tar in the body. When you toke weed, either rolled or hit a bong or even make use of the third lung, you are actually inhaling tar in huge quantities.

Whereas, when you vape, the amount of tar is decreased immensely. This is mainly due to the fact that no combustibles are ignited during vaping. What you smoke during vape is just the resins that diffuse when heated. This reduces the risks for ailments associated with breathing caused due to tar deposition in the lungs.

In other words, vaping erases the tar-hazards that can make you seriously sick.

You’ve already understood the fact that vape refills contain just the resins and oils that are rich in cannabinoids. For this obvious reason, it can be easily implied that the vape contains a higher concentration of the “HIgh-Stuff”.

When extracts are drawn from the strains, the composition of the resins can be easily altered. As Joe Tierney, from Gentleman Toker states, vaping is much more effective than toke smoking. It is pretty obvious that vape concentrates contain potentially high amounts of the stuff that gets you high.

Higher concentrations of cannabinoids mean that the smoker can get high far more rapidly as compared to smoking a joint or hitting a bong. Several studies show that smoking weed helps cure anxiety and makes a person feel pleasant. Especially, the THC compound, that is known to get the smoker high.

So, does this mean that vaping can cure you faster as compared to toking or could it make you feel sick or paranoid?

Although many researchers have argued that smoking weed is less harmful when compared to alcohol and tobacco, it is equally true that weed has its own drawbacks. It has long stayed out of mainstream commercial activities because it is believed to be a gateway drug.

Having said that, it has also been observed that smoking marijuana harms mental functioning drastically. It can cause loss of memory, decreased motor coordination, and also paranoia. So, can vaping increase the risk of mental illness?

Maybe it can. CBD and THC, the most abundant cannabinoids present in this herb, is what gets you high and affects the functioning of the brain. As already mentioned, vape contains a higher concentration of these cannabinoids. This poses a higher risk of suffering from mental sickness.

4. Could This Open New Horizons?

It is pretty simple to extract the THC from strains and buds. You just have to heat the buds and compress them. You need a paper or a strainer to collect all the strains released. You can heat the strains to obtain the vapors and you’re high.

Vaping has been around for more than a decade now. And with the commercialization of marijuana, new and more potent methods of consuming it are being explored. You can consume brownies, smoke it, vape it, or even drink it blended and mixed with certain sugar beverages.

The possibilities are immense. But, the question still remains unanswered. Is vaping a better option over toke? Well, simply stated, the answer is not an easy one. With contradictory arguments on the benefits and drawbacks of vaping, it is pretty tough to conclude.

Apart from the mode of consumption, the variety of weed used for extraction also makes a difference. Certain varieties contain higher concentrations of cannabinoids as compared to others. Especially the ones that are hybrids of the naturally obtained varieties like the sativa and then the indigo.

Further studies are still being conducted and unless a legitimate observation is concluded, it is not at all possible to make a statement. But for now, as far as the studies suggest, vaping could be a better option. Considering that it reduces the risks of breathing ailments and also gets you higher in small doses, it definitely proves to be a better choice.

This article has been contributed by Imala Green, who is a passionate blogger associated as a freelancer and working for different firms. She loves penning her thoughts while promoting businesses to target audience.