Most Popular Food Items From The Sea 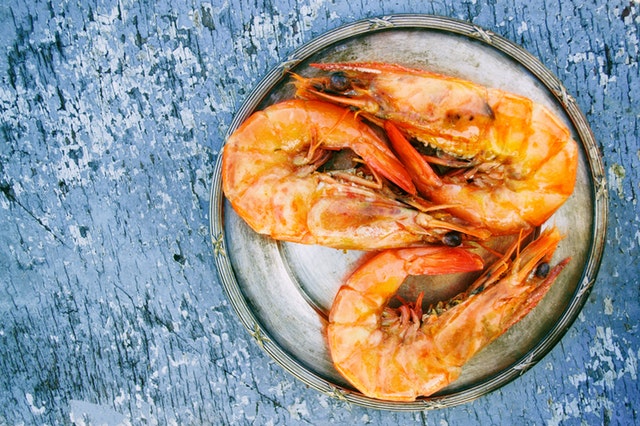 A recent study has revealed that seafood is extremely popular all around the globe with consumers belonging to any demography. This is also true for areas that are landlocked and do not have a seashore anywhere in the country. Seafood means a wide variety of edible items taken from the sea. In some countries of the world seafood is not just a kind of food that you fill your stomach with, it is considered a phenomenon.

Researchers have recently started taking an interest in the nutritional value offered by seafood. It was already known that seafood is high in protein and low in fats, however, they also contain omega fatty acids which play a very important role in developing immunity within the body. They also help increase brain functions in humans.

In order to satisfy the taste buds of the seafood lover, the article below will discuss the most popular among them. No seafood buffet will ever be complete until these are part of the assortment.

Widely regarded as one of the most popular seafood all around the world, the shrimp is an essential element of many starters, salads, and even the main course. It contains protein, calcium, iodine, and Omega-3 elements, and thus, considered very good for general health purposes.

It is also low in fat despite having high levels of good cholesterol. In the United States, shrimp is regarded as the second most popular seafood item after Tuna. Shrimp adapts with all kinds of dishes whether they are plain or spicy, making it an all-time versatile product.

Another great seafood item that is closely related to the shrimp, is the prawn. It can be consumed in many forms. You can bake it, fry it, boil it and of course, grill this lovely food item. But, no matter how you choose to eat it, the prawn never fails to satisfy your hunger and your craving for taste. Prawn cocktails are also very popular among seafood lovers.

These two fish have been part of our diet for centuries. Some seafood lovers would have them in simple ways like salads and sandwiches.

Salmon and tuna contain ample ingredients that are best for your health including omega-3. However, salmon is pricier among the two. On the health side, tuna offers healthier content including vital proteins and fatty acids.

The popularity of these two fish is further aggravated by their easy availability in canned form. These are readily available to consumers in a very easy-to-use form. Both these fish can be consumed in a variety of ways included baked, fried or smoked. Salmon is a vital ingredient of another very popular dish, the sushi. People who are on a healthy diet can always consume canned salmon which is a versatile product that can be eaten at any time of the day.

These are considered a kind of shellfish. It is a hugely popular dish among seafood lovers from around the globe. In some parts of the world, you can purchase live crabs, otherwise, they can also be obtained in canned or frozen forms.

Another closely related dish is clams. They are also available throughout the world in more than a hundred varieties. They are highly sustainable, and thus, considered the first seafood choice of many people. Crabs are although abundantly found in coastal regions where people are addicted to this delicious delicacy. Crab cakes are extremely popular in some coastal regions. A crab cake contains crab meat, its eggs, and milk. Onion and peppers further complement this delicious and mouthwatering dish.

Codfish is available in a wide range of varieties. They are considered the chefs’ favorites because they can be easily incorporated in any seafood dish, and enhance its taste.

Seafood lovers would state that a buffet is never complete without a cod. This is because of its great taste, and its ability to mix with just about any dish complimenting its taste and texture.

Cod does not only provide nutritional value, but it also offers lean proteins, vitamins, and essential mineral ingredients. The omega-3 content is lower in cod but it is still considered a very healthy and preferable diet. The mercury ingredient is also lesser in cod when compared to other seafood items.

Most people consider the look of the catfish as weird. However, its bizarre appearance does nothing to diminish its popularity among its worldwide consumers. In fact, it is considered a very famous seafood option within the United States.

The catfish offers a unique taste that compliments all the dishes that it is a part of. Many seasoned chefs would experiment with the catfish to prepare unique dishes for their customers. Food critics agree that its flavor is excellent. It contains high levels of vitamin D as well as omega 3 and 6 fatty acids.

Any list of seafood delicacies will never be complete without lobsters. It is an item that can be had in any form. There are lobster rolls, bisque, and linguine. You can bake them, fry them or have them with butter and spice. No matter which way you choose to eat them, they never fail to impress you with their flavor and savor.

Food obtained from the sea is very popular all around the globe. Despite tickling your taste buds, it offers various health benefits that you may not be able to have otherwise. First of all, they are a source of omega-3 which is not found in the same quantity in any other food. Omega-3 is good for the eyes, and also enhances the functioning of the brain.

As we grow old, we become more immune to cholesterol-related health issues. The good cholesterol that is required by our bodies may be found in a variety of seafood including salmon. Eating it also reduces the risk of heart strokes. Doctors have revealed that adding seafood to your daily diet helps you fight depression which is linked to the unbalancing of some chemicals inside the brain. No matter which seafood you love best, it is a fact that it not only offers you great taste but an assortment of health-related benefits that you may not be able to obtain otherwise.