One Ancient Herb With Tons Of Health Benefits 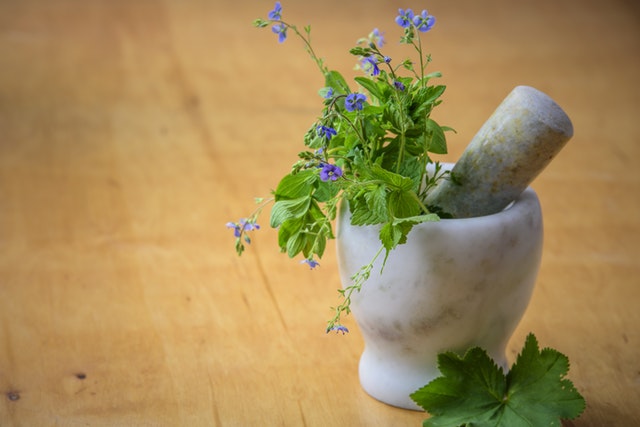 If you are thinking about an ancient herb that keeps you healthy, then you should try Ashwagandha. According to research, the medicinal herb is classified as an ‘adaptogen’. The term means that it can be useful for managing stress and maintaining a relaxed state of mind. So, with his in mind, here are some incredible benefits of Ashwagandha.

For more than 3000 years, the herb has always been used to alleviate stress, improve concentration and boost energy levels. In botany, it is known as Withania somnifera apart from the colloquial names, winter cherry and Indian ginseng.

Once the powder extracted from the root or the leaves, it can be used for treating numerous ailments and conditions. Due to the high content of withanolides, the herb is supposed to combat inflammation and the growth of a tumor.

As per numerous studies, the herb possesses the ability to reduce blood sugar in healthy people and in those who have diabetes.

People suffering from a mental disorder like schizophrenia observed a drop in the blood sugar level once they ate the herb. What’s more, an Ashwagandha rich supplement always served to be helpful for people with type 2 diabetes. Over a period of 30 days, the blood sugar level dropped substantially. This occurred because the plant affected insulin secretion and sensitivity.

Test-tube studies reveal that the herb has the capability of inducing apoptosis or killing cancer cells. It also slows down the multiplication of such cells in many different ways.

Firstly, it is believed that the reactive oxygen species / ROS are harmful to toxic cells but not to normal cells. When the study was conducted on animals, the herb helped in treating different types of cancer which include brain ovarian, colon, lung and breast cancer.

In the case of mice, ashwagandha along with an anti-cancer drug helped in reducing tumor growth by 70 to 80 percent. A suitable treatment plan also helped in controlling the spread of cancer cells.

Cortisol is better known as a ‘stress hormone’ that is released when a person starts becoming anxious. As the blood sugar level increases, it can lead to weight gain and fat storage in the abdomen.

It was found that Ashwagandha helped in reducing the cortisol level by 30 percent once it was administered to a group of people.

Although there’s never be a diligent study, the herb aids in leveling down depression. It was observed that the person perceived a 79 percent reduction in depression when he was on a dose of 600 mg for a period of 60 days.

Ashwagandha has a positive impact on male hormone levels and reproductive health. In a study, when the herb was taken regularly, an increase in the sperm count and mobility was observed. Moreover, due to the high antioxidant count, the sperm quality was improved considerably. It also becomes obvious that the sperm count increases once testosterone is enhanced by the herb.

Research unveils that the medicinal herb improves the system and thereby increases the strength around the muscles. Those who took 750 mg per day helped themselves lose fat and gain muscular strength.

In another study, the reduction in body fat was doubled when the Ashwagandha group was compared with the placebo group.

Due to the growth of natural killer cells, Ashwagandha helps in enhancing the immune system and in staying healthy.

The risk of heart diseases can be reduced with C-reactive protein / CRP.

Surprisingly, the average decrease in CRP was recorded as 36 percent when the effects between Ashwagandha and the placebo group were noted down.

9. May lower down cholesterol level

Apart from anti-inflammatory effects, Ashwagandha is supposed to boost heart health by reducing cholesterol to the best extent. In the case of a test carried out on rats, the total cholesterol level reduced by 53 percent while triglycerides dipped down by 45 percent.

In case the person has to deal with a problematic situation due to brain injury, then Ashwagandha can work wonders. Even though free radicals are released into the body, the antioxidants protect the nerve cells effectively. The herb serves to be a remedy for convulsions and seizures in the field of Ayurveda. After all, the person would benefit due to anticonvulsant properties from a wonderful plant.

Consuming the herb through supplements can actually enhance the process of blood production / Hematopoiesis. A significant increase in the red blood cell and white cell count was found when rats were administered Ashwagandha. This, in turn, implies that it has a positive impact on red blood cell count thereby preventing iron-deficient conditions like anemia.

13. Keeps you away from ocular diseases

According to research, the medicinal herb is considered to alleviate ocular diseases. The cytoprotective properties along with antioxidant properties make the herb ideal for combating cataract. In fact, the benefits are realized as years pass by and the person starts growing with age.

As there’s a decrease in the stress level, the herb helps to overcome insomnia and calm down the mind.

The herb is extremely beneficial to the middle-aged population who can’t manage restless leg syndrome while they are off to bed.

According to medical science, Ashwagandha aids in controlling bacterial growth in humans. The antibacterial properties are extremely effective in fighting away infections in the respiratory tract, and urinogenital and gastrointestinal tract. But, the role is actually played when the herb is consumed orally.

Finally, the herb is good for pregnant women or someone who has just given birth to a baby. Just in case the person has an autoimmune disease, then he should refrain from taking the herb.

If you wish to get the most from the herb, then you must take 400-500 mg capsules at least twice in a day. But, since the plant has the power to reduce blood sugar as well as blood pressure, it’s better to take doses as prescribed by the doctor. Additionally, if you are suffering from problems associated with the thyroid gland, then you should be careful. The herb has the potential to increase the thyroid level in some individuals. Moving ahead, people who try to cope up with unbearable conditions like arthritis, lupus, and type 1 Diabetes should never opt for taking the herb.

It’s always better to take a large dose of Ashwagandha because it has many side effects. The person may have to manage bowel irregularities or a vomiting sensation which is also called nausea. An upset stomach can also make the person uneasy and distract him constantly during the day.