Procedure, Types, and Effects of Liposuction 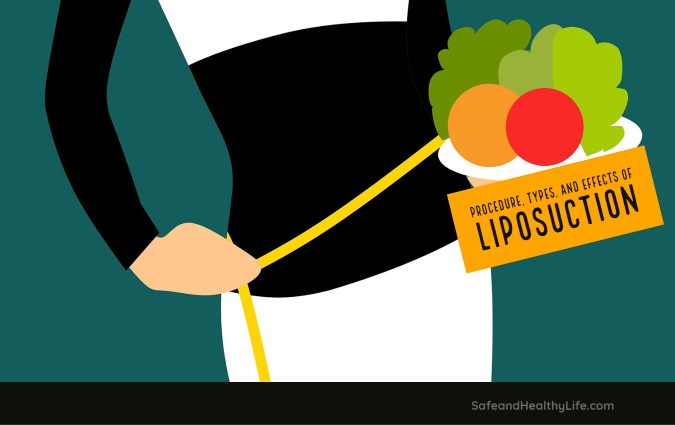 Liposuction is a surgical procedure that eliminates fat that appears to be difficult to get rid of with diet and exercise.

To improve the shape of the underarms, back, buttocks, elbows, abdomen, and legs, a dermatologist or plastic surgeon normally operates. However, liposuction can be done with other surgical treatments, such as breast reductions, facelifts, and tummy tucks.

Liposuction surgery isn’t commonly thought of as a weight-loss method or an alternative to dieting. If you’re overweight, you’re more likely to lose weight by exercise and diet, as well as bariatric operations, like gastric bypass surgery, than you are through liposuction.

If you have extra body fat in some places but otherwise keep a healthier weight, you are a candidate for liposuction.

There are only a few different liposuction techniques. But what they all have in common is the use of a small tube, called a cannula, connected to a vacuum. This suctions the excess fat from your body.

Tumescent liposuction is probably the most common technique. Your surgeon injects a sterile solution into the area where the fat is usually removed. It consists of saline, which is saltwater, along with epinephrine and lidocaine. The solution makes it easier to suction the excess fat with less blood loss and pain.

Ultrasound-assisted liposuction, or perhaps UAL, uses sound wave energy under your skin to rupture the cell walls of the fat. This causes the extra fat to liquefy, causing it to be suctioned out.

Laser-assisted liposuction, or perhaps SmartLipo, uses a laser to create a burst of energy to liquefy the fat.

The Procedure of Liposuction

Local anesthesia, on the other hand, will only relax the particular area of the body that will be treated, and the patient will remain awake during the procedure.

Tumescent liposuction is a widely used technique today, which only involves the use of local anesthesia. This will make the procedure less invasive and involves a faster recovery.

Nevertheless, the choice of use and technique of anesthesia will be determined according to the degree of fat to be removed and considering several other factors.

After the individual has been placed under anesthesia, the surgeon is going to create small incisions in specific areas of the body to remove excess fat tissue. The incisions are generally minor, ranging from a quarter to a third of an inch.

A seasoned surgeon is going to ensure that the placement of incisions is actually like that the subsequent scarring remains discreet as far as you possibly can.

Through the incisions, the surgeon is going to insert a slender vacuum tube called a cannula. It is going to go into the deeper fat layers. Through moving the cannula back and forth, the surgeon can manually dislodge the fat cells.

As soon as the fat cells are disintegrated, these will be suctioned out with the assistance of an attached vacuum pump or perhaps a syringe.

Other technologies, radiofrequency, ultrasound, or laser may be combined at this stage to create fat removal easier and less invasive.

The individual is going to receive replacement fluids intravenously during and after liposuction because fat removal will result in some amount of bodily fluid and blood to be eliminated along with the fat.

Following the procedure, the surgeon is going to close the incisions with dissolvable or removable sutures. Drainage tubes may be placed beneath the skin for a couple of days to collect extra fluid and minimize the danger of infection.

Sutures and drains will usually be removed in about a week to ten days. To reduce bruising and swelling, the surgeon may leave the incisions open in some cases.

As with any major surgery, liposuction carries risks, like bleeding and response to anesthesia. Possible complications specific to liposuction include:

Because it is a surgical procedure, liposuction can sometimes be a bit more expensive, the costs of liposuction vary based on which part or perhaps parts of your body you decide to have handled.

While skin loses firmness since it ages, the effects of liposuction are normally long-lasting as long as you control your weight. If you gain weight after liposuction, your fat distribution will shift. For instance, regardless of what areas were handled previously, fat can accumulate across your abdomen.

Before making a decision to get liposuction, it is best to consult a cosmetic surgeon. During the consultation, the surgeon will ask questions regarding the medical history of the patient.