Hard water affects many Americans and people from other nations every single day. While water hardness levels vary, the mineral content inside of it causes limescale buildups in the long run.

Not only that, but the effects on skin and hair aren’t good either. If you want a healthy lifestyle, you’re going to need to test for hardness levels. We’ll get to how you should do that right now.

Following the standards set out by the Water Quality Association of the United States, water can be considered hard if it surpasses the limit of 1 GPG (one grain per gallon).

The best way to determine how hard the water in your household is to get a TDS meter and test it yourself or contact one of the approved testing facilities to do it for you.

Getting your water tested by a professional is preferable because you can also choose to test it for other pollutants as well.

To give you an idea of hardness levels, take a look at this list:

Hard water has been correlated with eczema and hair loss due to calcium and magnesium particles found within it.

These hard minerals block skin pores and cause scalp calcification. In turn, your skin and scalp can’t get the air they desperately need, and problems start showing up.

Children raised in hard water environments have a much higher tendency of developing eczema and even dermatitis. Also, people who already have these conditions will only see their effects amplify if they shower or bathe in hard water.

Furthermore, hard water makes shampoo produce less lather while simultaneously making it harder for you to remove it. This directly impacts the development of scalp calcification, which leads to hair loss, discoloration, and dry hair.

If you’ve ever found yourself having the issues mentioned above, then it’s more than clear that your water hardness levels are too high.

The sad fact is that it’s not just your hair and skin’s health on the line, but also the appliances that suffer along with you.

One more thing that’s bothersome is that excessive calcium and magnesium can greatly alter your water’s smell and taste.

Some people might confuse the whiteish look and dubious smell as being just chlorine, but it usually isn’t.

Chlorine isn’t a good solution either, but in these times, it’s fairly hard to find it in such great concentrations that it would alter a glass of water’s smell and taste.

Instead, the problem is more likely to be caused by hardness. If this happens, you know it’s time to act and do something about the issue rather than letting it affect your life even further. Now let’s move on to yet another reason why hard water is problematic.

In time, limescale buildup will greatly reduce the lifespan of your washing machine, dishwasher, kettle, and other appliances and utilities that need water to do their job.

While many people flock to buying water softeners, such a system causes other problems like excess sodium and slowing down your septic system in the long run.

Plus, that you can’t water plants or give it to pets and children once the system is installed. 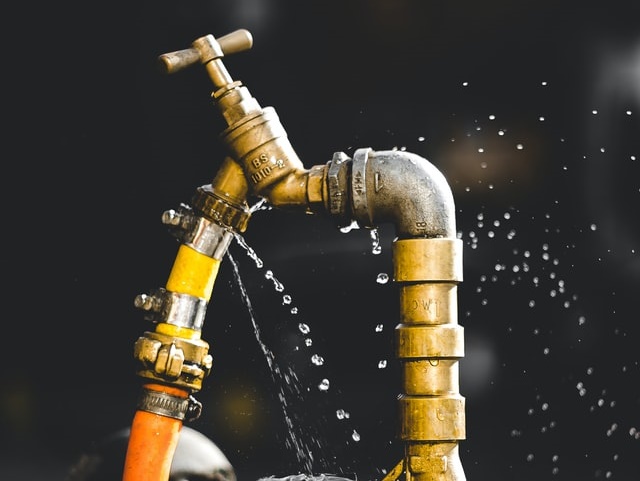 Photo by Valentin Petkov from Unsplash

How to Solve the Hard Water Issue

The best way to solve hard water issues is to look for softening alternatives that don’t add any sodium or chemicals inside your plumbing.

Ideally, you’ll want something that is suitable for all pipe materials, so that you won’t have to change your entire plumbing system. Alternatively, you could use vinegar and lemon juice to descale appliances or get a whole house water filter system that can trap minerals.

You should be aware, however, that drinking hard water doesn’t cause any problems. It’s just your skin and hair that get affected by it.

Even so, when you add the fact that your appliances and spending increase dramatically thanks to hard water, you have enough reasons to try and soften it.

Take your time to test the water for hardness and act on dealing with it as soon as possible. Preventing further damage to your skin and hair is far better than having to repair them with costly treatments.

Fred Conti: working in the copywriting industry for 10 years. I’m always glad to share my resources with any type of reader. Being a contributor to several authoritative websites enriched my general knowledge by exploring new topics.