Why Duvet Covers Are Important? 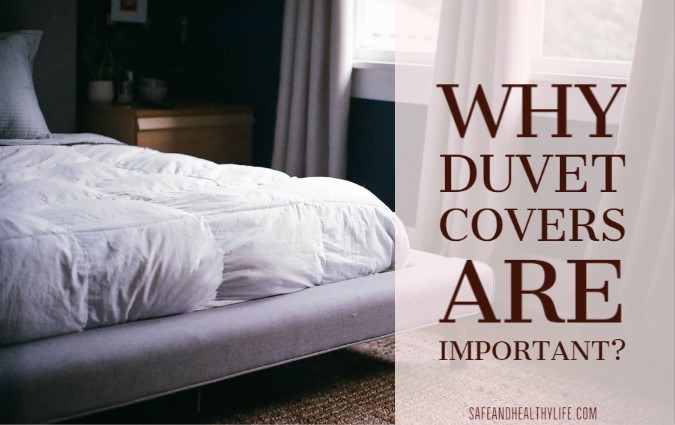 For knowing about the duvet covers, firstly you should know about what duvets are? Duvet is sometimes referred to as a comforter, but they are not comforter’s duvet is a smooth, soft and flatted form of a comforter.

Duvets are usually filled with down, feathers, and materials. Contrasting, comforter the duvets are not stitched. Most often the duvets are termed as the blanket for the bed. We often need a duvet cover for the duvets.

The duvet cover is used to cover or protect the duvet and helps you to keep the duvet clean and fresh.

You can mostly say that a duvet cover to a duvet is the same as a pillow sham/cover to a pillow. The duvet cover is attached to the duvet with the help of buttons, zip, ties or hooks.

The duvet cover is easily washable, they do not pill off easily, and can be used again and again after washing.

As they can be changed back so you can décor your room by changing the cover, not the whole duvet itself. Some of the duvet covers are plain and basic, most often made of different fabrics like cotton or sheets.

As the duvet is filled with down, feather, wool and other stuffing materials, so it’s not easy to wash the duvet.

Because by washing the internal stuffing may get damaged and it may ruin your duvet. Thus, duvet covers are one of the basic needs of the present time. With the help of the duvet cover, you can protect your duvet easily from dust, stain, and color damage.

A duvet cover is like a pillowcase as it covers the whole duvet and helps the duvet to remain fresh and clean.

You can put your old duvet inside the new duvet cover to change the look of the duvet.

Mostly we bought luxurious duvets that keep us warm and help in comfort sleep, so the duvet covers help you to protect your costly duvets.

Sometimes you get bored by using the same duvet again and again and fed up by it. But still, you are in love with your duvet because it fulfills all your needs.

But you need not worry, a duvet cover can do all for changing the look of your duvet.

Duvet covers are easy to interchange so you can change them according to the décor and your mood. Duvet covers help you to enhance the beauty of your bedding and the décor of the room.

You can use any type of duvet cover to cover your duvet. Duvets covers can be in textured, plain, floral print, pattern, self-textured and digital printed. You can easily use a floral print duvet cover on the plain duvet to give your room a new and enhanced look.

Duvet covers design mostly depends on the design and color scheme of the bed set and the decor of the room. Blends duvet covers are a mixture of cotton and rayon/polyester.

You can use these duvet cover because they are more durable and fold resistance. The percale cotton duvet covers have light weighted cotton with a count of 180-200.

The duvet cover can be of sheets too, and they may have solid or bright colors. Duvet covers different solid colors like red, blue, violet are used.

Grey color duvet covers are common in use because they help to enhance the look and the decor of the room. There can be a contrast of different grey tones in the duvet cover.

After knowing which type of duvet cover you want now, it’s the time to choose the right size of the duvet cover for your duvet. If you have a duvet of king size bedding you should know the exact measurement of your duvet to buy a perfect size duvet cover that can fit the duvet flawlessly.

On the contrary, if your duvet is smaller than the duvet trust us it will not fit well. So, always try to take the right size duvet cover for your duvet for the enhanced look.

It is essential to keep the duvet and duvet covers clean, fresh and long-lasting. By taking proper care, you cannot only enhance the look of the duvet covers but can make them durable and up to date as well.

Read the instructions carefully before washing and keeping the care. Every type of duvet cover has a different kind of care and washing instructions.

The linen duvet covers can either be washed by hand or machine Try to use warm water and place your duvet cover in the machine and add a small amount of washing detergent and wash them at a gentle cycle for a smooth and gentle wash.

Avoid using bleach or any brightening agent as they may deteriorate the texture of the fabric. For the silk, blend, or percale cotton duvet covers you can dry-clean them or wash them with the machine or by hands.

If there is any stain on your duvet cover, firstly remove the stain by hand and then wash the duvet cover in the machine.

Fahad writes sweet, fun, action-packed mysteries. His characters are clever and fearless, but in real life, Fahad is afraid of basements, bees, and going upstairs when it is dark behind him. Currently, he is working as an editor for imperial rooms.