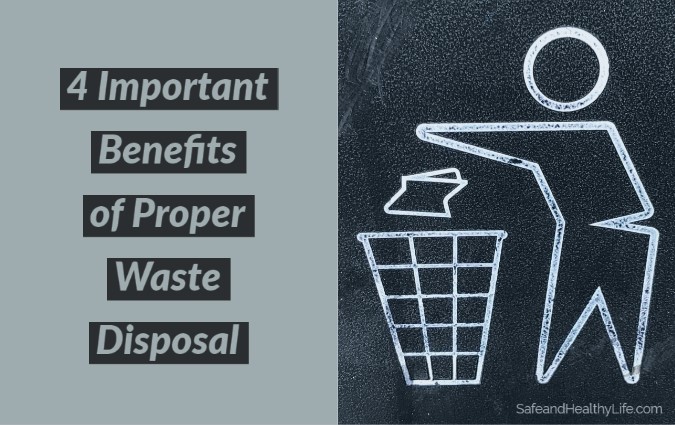 Having waste is inevitable because we do lots of things, be it at work, home or school that could lead to the generation of waste.

This could be from the packets of food people eat or dirt made while cooking. Waste could come out of anything that no longer has been used and needs to be thrown.

People dispose of waste or thrash daily without paying attention to what could happen when the trash gets taken.

This is typically the case with home trash, medical waste disposal that takes place in hospital premises and offices of medical practitioners have to be disposed of more carefully.

Medical waste can be contagious and illnesses can blowout quickly if they are not well handled. This is the reason why making use of treated containers for the disposal of waste in hospital premises is very important.

These containers do not only help in keeping places neat as they help in the careful disposal of the waste but they equally have some environmental benefits.

What are some of the benefits of good waste disposal?

1. A safe and healthy environment

When waste disposal is not well handled, people can tend to become iller after they have left the premises than when they were before visiting the hospital.

The air where the waste has not been properly disposed of becomes contaminated and people will breathe in infected bacteria which could be harmful to them.

When medical waste disposal is gotten rid of properly, the air becomes free of harmful bacteria, odor, or attracting insects which tends to encourage a healthy environment. Thus people are more safe and healthy when the waste is well disposed of.

The proper disposal of waste commences when the doctor and other medical practitioners throw away any biological products that have already been used on patients.

Medical practitioners do have a great role to play when it comes to keeping the patients safe and from any potential illness.

People equally need to practice personal hygiene by throwing their dirt in the provided trash cans and not littering the environment or medical premises with the dirt.

2. People do no longer get exposed to illnesses

Initially, the traditional practice was in burning the waste at a landfill or the person’s backyard. Sciences hold that the burning of household waste and plastics releases particular substances in the air which are sometimes solid compounds.

People who are exposed to this specific matter, risk suffering from brief illnesses like; emphysema, asthma, increases health diseases, and respiratory diseases.

Waste disposals are accountable for repositioning waste to a specific part where it can be securely discarded. The elimination of waste from community areas can aid in decreasing pest influx in town areas, health perils, and limiting the exposures to biohazards.

3. Get rid of the odor and possible pollution

Medical waste is accountable for the nasty smell in and around hospitals. A good medical waste management system gets rid of all the nasty sights and bad odors. With suitable waste disposal, the peril of pollution of water and ground soil can as well be abridged.

It reduces the prospect of fleas and insect invasion in the area. Many animals lose their life after consuming thrash, polythene, etc. The waste management program aids in saving many lives.

Waste disposal has developed into a very huge industry that is beyond waste removal. There is a difference between non-recyclable and inorganic waste. The procedure lets cities to put organic waste to use in developing or mulching compost for open areas.

Apart from this, waste can be packaged and vend in the form of compost to create several incomes. Recycled things are reclaimed and utilized in developing new products.

This process aids in reducing the consumption of natural possessions while lowering the final waste dumping tasks.

Waste which can be considered dangerous to the environment is usually shattered in an incinerator right after it leaves the medical premises.

Following this incineration process will have a great positive impact on the environment because it greatly diminishes the total amount of trash, disinfects the waste and permits the waste to be gotten rid of in local means later on.

The lone disadvantage of the incineration process is that it could generate some poisonous substances in the air as a result of the type and nature of the waste.

Though, this is a very minor issue when compared to the real toxic effect the waste could have on the environment before it is incinerated.

Embracing eco-friendly products could equally aid in making the environment more safe and healthy for people. Most importantly the practice of good hygiene is what most people need to improve healthy living.

This is Kevin, a full-time professional blogger. He loves to travel and try new food, surfing and definitely a music addict. He also loves to write on trending ideas on various topics that prove helpful to others with their personal and business works.