7 Tips To Increase Fertility In Men 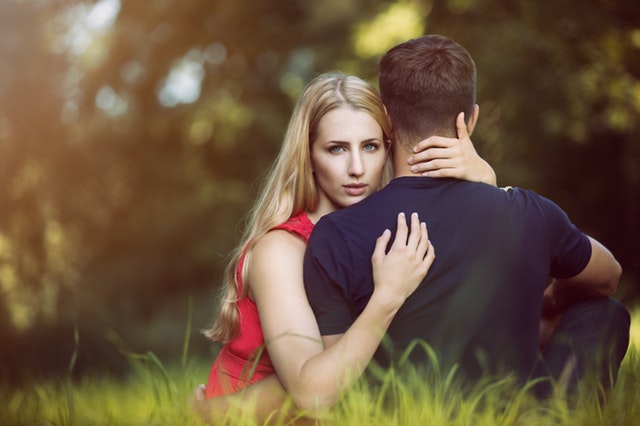 Getting married is an exciting part of life and, for many couples, the next step after marriage would be to start planning a family. Starting a family would involve having at least one child for most couples. Expecting a child is a truly magical experience for both parents and gives them the opportunity to bring a new life into the world. CNN reports that more than 130 million newborns are delivered each year, and this figure doesn’t even account for the unregistered babies around the world. Unfortunately, while many couples have brought a baby into their lives, some couples are having some trouble when it comes to successfully conceive. The reproductive system is complicated and the miracle of pregnancy is just as complicated. Many things can go wrong and cause infertility, which makes it so much more difficult for a couple to fall pregnant.

In this post, we would like to focus on fertility problems in men. Andrology Australia reports that fertility problems affect a man’s reproductive system in one of two ways – it either causes problems with the production of sperm in his body, or it causes problems with his sperm’s transport abilities. Such problems may be caused by a large number of factors, such as genetics, undescended testes, damage from radiation, exposure to chemicals, certain medication, torsion, infection, sexual dysfunctions, hormone problems and more. We are going to share seven useful tips that you can use to help improve your sperm production and quality, which will help to enhance your fertility so that you can finally make her pregnant and get ready to be a dad.

According to Cleveland Clinic, over half of the adult male population is at least somewhat affected by erectile dysfunction. This particular condition causes the inability to achieve an erection or the inability to maintain an erection that is hard enough to penetrate a partner during sex. Premature ejaculation and other forms of ejaculatory conditions may also have an impact on a man’s ability to conceive – not always direct, but often in an indirect way by inhibiting the man’s ability to have sex so that he can conceive. Thus, the first thing you should do to see a doctor and determine what may be causing sexual disorders, should they be present. Once these problems get treated, your erectile function may return to normal, which makes it easier and more possible to conceive.

If you do not have enough endurance or stamina to perform in the bedroom, then your fertility may, once again, suffer indirectly. An inadequate amount of stamina and endurance means you will get tired quickly during sex. Remember that sex acts as a type of physical activity and do take its toll on you; thus you will need to find a way to build up your stamina and endurance. Hitting the gym to get some physical activity is certainly one of the many natural ways to increase stamina in the long run; thus allowing you to participate in sex for longer – and enhancing the chances of successfully conceiving.

Zinc is a very popular trace mineral, but we rarely stop to consider what zinc really is and what benefits it has for our bodies. When you search for natural ways to increase testosterone on the internet, then there is a good chance that you’ll come across zinc. Yes, zinc is one of the few supplements that has been proven to be effective in increasing testosterone – but only when existing levels of zinc are at a low level. Livestrong explains that the spermatogenesis process, which is what medical experts call the process of sperm production, heavily relies on the presence of zinc. Take a daily zinc supplement to support this process – this will also provide you with additional benefits, such as a stronger immune system.

This is kind of a complex area, but still worth a mention. According to Dr. Weil, some studies have linked the isoflavones found in soy products to act as a type of estrogen, but just in a much weaker form. In turn, they also found that these isoflavones may actually be bad for a man’s sperm count. While the mobility of the sperm cells should not be affected by soy, the sperm count may be – and this is one of the common areas where men have trouble in when it comes to fertility.

5. Give Up The Cigarettes

Smoking contributes, at least in part, to at least 20% of all deaths, according to the Centers for Disease Control and Prevention. This activity has been linked to:

Attain Fertility also reports that smoking has been linked to infertility – so now might be the perfect time to finally give up. Plus, you are about to start a family, and you already know that smoking around children can be harmful to them.

Obesity is a worldwide public health concern and affects as much as 66% of Americans. You are at a much higher risk of obtaining numerous health concerns and diseases when you are obese, such as heart disease and diabetes. According to The Robinson Institute in Australia, obesity also affects a man’s fertility in a negative way and reducing weight, even slightly, might have potentially beneficial results.

7. Could There Be An Underlying Problem

While some potential causes of fertility, such as smoking and alcohol use, as well as infection, is well-known, others remain somewhat overlooked in many cases. Sometimes, a person may be developing a disease that is affecting their fertility without their acknowledgment of the disease. For this reason, if you find that you are unable to conceive successfully, a visit to Fertility Plus should be your very first option. This will help to cross out any potential underlying problem, such as diabetes, and help you attend to the particular issues that might be causing your infertility.

Infertility can be a problematic condition for men, causing them to be unable to reproduce due to a problem that has developed with their sperm or their body’s ability to produce sperm. Fortunately, there are numerous treatment options to be used as a male fertility booster. The first method of treatment, however, should be to consider your lifestyle and reduce the effects that potential contributing factors may have; then implementation of the particular tips we have shared here will help to further enhance the results you gain and support you on your quest to fatherhood. 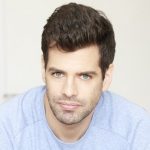 Dwayne Austin is a multifaceted author, blogger & fitness instructor. His articles on Health & Fitness have been published on various sites. Through his meticulous & informative blogging, Dwayne hopes to contribute to curious readers. He encourages people to live a healthy lifestyle. He is passionate about photography and enjoys swimming during his leisure time. Connect with Dwayne via Facebook, Twitter, and Google+.