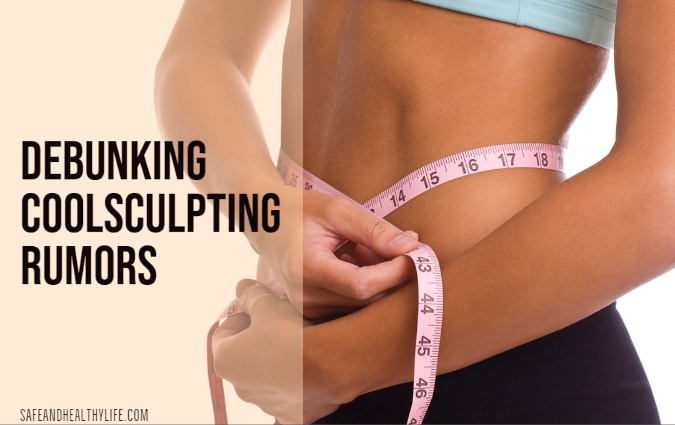 It’s really unfortunate that Coolsculpting isn’t as popular as it should be. Sure, there are tons of clinics that offer it as a form of body contouring and toning, but if you compare it to other types of cosmetic treatments, like Botox or dermal fillers, Coolsculpting just doesn’t have as much renown and isn’t as widely known.

A real shame, considering how amazing it is and all the things it accomplishes. But you may have heard some things about it on the internet and have a hard time figuring out which information is factual, and which is just random gossip.

And as it gains popularity Coolsculpting NYC residents’ favorite way to tone the body, it’s important to know a few of these facts in case you yourself may be interested in going for treatment yourself.

1. You can tone your body with the power of cold temperatures

That’s right. As the name implies, Coolsculpting uses cold air to cause the fat cells in certain parts of your body to commit what is basically cell suicide.

When this happens, the body naturally evicts the dead cells out of the body, thus toning these areas and making them more contoured.

Basically, the cells leave the body naturally, without having to be cut or burned off in any way. It’s one of the most efficient and safest ways of toning the body.

Sure, I’d be lying if I said it isn’t cold. The temperature of the air that’s pumped is around 4 degrees Celsius or 39-41 degrees Fahrenheit, which is cold but not too cold. It’s basically slightly warmer than the standard temperature of your fridge.

But when it’s concentrated onto one area, it may seem like it’s colder than it actually is.

This is even better since this means that your skin will go numb even faster.

And once the skin goes numb, you’ll feel barely anything, not even the cold. So even if you happen to be super sensitive to cold, you don’t really have too much to worry about when it comes to discomfort.

3. You can watch TV or read a magazine during the treatment

Coolsculpting just so happens to be one of the most casual treatments on the market.

While the pumps are placed on your body and doing their thing, you can do just about anything that won’t disrupt their work. Watch TV? Sure. Read a book? Go for it.

You can call your friends, maybe check your work mail, or you can chat up with the friendly staff at the clinic. Basically, yes, Coolsculpting isn’t one of those tense environments.

It’s actually really casual and can be somewhat relaxing in some ways, that is if you’re not sensitive to cold.

4. It takes a long time for the treatment to finish

Nope. If you can spare an hour out of your daily schedule for a single day, you’re all set.

The treatment itself, with all the pre and post-tasks, will take you around an hour.

The cool air stimulates the skin within 40 minutes, so it’s more than enough time for the treatment’s effect to kick in.

After you’re finished with the treatment, the treated area may ache a little bit. After that, there’ll be some redness and dryness but it’ll go away with the proper care.

5. It takes some time for the final effects to kick in

The unfortunate truth of any treatment that utilizes your body’s natural abilities, is that it doesn’t work as fast as something that’d use a chemical or special tool. The treatment simply needs more time to properly show its results.

As the fat cells die out, the body slowly pushes them away from the rest of the fat layer and rinses it out of the body.

Now imagine that it has to do that for a whole bunch of fat cells and slowly chisel away at the layer to make it more toned. It takes months, up to half a year for the complete results to be noticeable.

But don’t be discouraged, because you’ll still see some amount of difference as you go along. Within the first two months, you’ll see the area toned a little bit, until a couple of months after that reaching the final results.

The upside to waiting this long is that the treatment is natural, which means that’s nothing you’ll be allergic to.

However, this doesn’t simply mean that you have to sit around and do nothing for 6 months, waiting for the results to show themselves.

You yourself have to eliminate the very things which caused the fat to build up in the first place, whether it’s eating healthy or being more physically active.

So try to actually dedicate yourself to not simply toning your body, but also keeping it that way for the future by pinpointing the reason that there was fat build-up in the first place and eliminate that source.

You’re in luck that nowadays, most cosmetic treatments are cheaper than they were a couple of decades ago. And Coolsculpting is no exception.

If you take a look around your local area, you’ll probably find a clinic or two which have some convenient offers for you.

If you happen to live in NYC, then you’re in even better luck, since clinics like PLACEHOLDER have some amazing bargains for clients both new and loyal. Their Coolsculpting NYC treatment plan has left many clients with smiles and beautifully toned bodies.

So if this sounds like something that’s right up your alley, then don’t hesitate to call up the clinics and ask them about Coolsculpting and how it can help you tone your body.

Try not to listen to too many of the rumors you hear on the internet about Coolsculpting.

It’s a very efficient and safe treatment and one that has garnered a lot of respect from clinics and clients alike for the past years that it’s been around.