How to Open a Marijuana Dispensary and Make High Profits

May 21, 2019Written by Safe and Healthy Life Expert 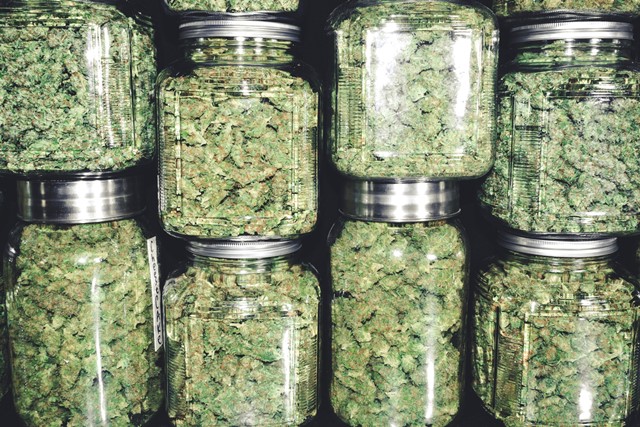 The U.S. marijuana market continues to explode; huge profits are being made. It’s a great time to open a marijuana dispensary. It’s a get-rich scheme without the risk.

Your path to being a dispensary owner will depend on the state where you live. Because marijuana is still federally illegal, there are no overarching regulations guiding the industry. Each state makes its own rules.

So what should you do to get started? Keep reading to find out.

Get a lawyer or start studying. You need to become an expert on the marijuana laws in your state. It’s critical that you understand the legal climate at every step of the way.

Otherwise, you’ll end up wasting your time. There’s no point in preparing for dispensary operations in states that require owners to apply for $1 million licenses unless you have the money.

Every state treats marijuana seriously. There are many, many laws that you’ll need to become familiar with.

What’s your plan after you open your dispensary? Are you going to start a grow house as well? Enter into the manufacturing world and start producing concentrates?

Marijuana behemoths like Planet 13 control multiple consumer-facing brands in addition to their flagship dispensary. If you want to gobble up the market, you have to be huge.

The game plan for a mega dispensary will differ from that for a small mom and pop joint. You need to figure out what your aim is before you go too far.

Once you have a general idea of what you want to do, you can start to hammer out specifics.

It doesn’t matter what state you’re in, opening a dispensary is going to be expensive. There’s no way to get around it.

Your expenses are multi-fold. You have to pay for a suitable retail space and will need to front the costs of a sufficient inventory. You’ll need to hire a few employees.

Many people use loans to get their business off the ground. If you choose this route, be careful that you don’t overextend yourself. Saving money wherever possible, even it means having a leaner inventory than you’d like, is very important.

Speak to other dispensary owners to get an idea of what your costs will be. You can meet industry owners by attending conferences.

Finding people who want to smoke weed isn’t the hard part. The struggle will be pulling customers into your dispensary rather than someone else’s. Competition is brutal.

You need to come up with a plan to make your store stand out. You can do it with amazing prices, with particularly helpful and friendly budtenders, with an amazing location. It doesn’t matter.

The key is that you create a strategy that drives people into your store.

Learn who the cool kids are in your stoner and see if they’re willing to promote your store. Influencer marketing is popular because it works.

If you have a huge budget, hire Snoop Dog. For five figures you can get a celebrity of his caliber to show up at your dispensary.

If you’d rather not pay cash at all, look for up and coming influencers. They might be willing to promote you in exchange for free products.

Only work with influencers that actually have sway over your potential customers. Someone’s follower count is meaningless if those followers are people who would never smoke marijuana.

You have a ton of ideas and no idea if any of them are any good. So, what should you do? Start running tests.

Here’s an example. Let’s say you think people will respond well to a 25% off flash sale on Mondays.

On two Mondays this month, hold the sale and record the data. Figure out how many customers came to the dispensary, how much they spent, etc.

On the other two Mondays in the month, skip the sale and record the same data. At the end of the experiment, sit down and compare the two data sets. It should immediately become clear if the sale is a good idea or not.

In addition to the local and state laws that you need to familiarize yourself with, you should be aware of the federal climate as well. There’s a lot of interest in legalizing weed on the federal level.

It would completely change the game. If that’s the way the wind is trending, you’ll need to be prepared.

You also need to know if the government shows any signs of recoiling from its current live and let live attitude regarding state marijuana markets. Many business owners fear that as the industry sucks in more money, the federal government will be more incentivized to seize it.

Even in tourist-heavy cities like Las Vegas, the local crowd is the backbone of any dispensary. If you anger the locals, doing business in the area will be tough for you.

You can make the community happy by doing things like offering discounts to students and veterans and hosting a happy hour.

It’s also a good idea to host fun events at the dispensary. You’ll meet a lot of people and your name will get out. You want as many people as possible to hear about your store.

If you become a local spot, people will naturally start to incorporate going to your store into their day to day to lives. They’ll recommend you to visitors.

Reasons to Open a Marijuana Dispensary

If you’ve ever dreamed of being a dispensary owner, now is the time to do it. The opportunity has never been riper.

There are a ton of reasons why it’s a good idea to open a marijuana dispensary in the current climate. One of the main ones is that you’ll make money.

If you want to learn more, check out our blog.