How to Use Yoga and Meditation to Overcome Depression and Anxiety 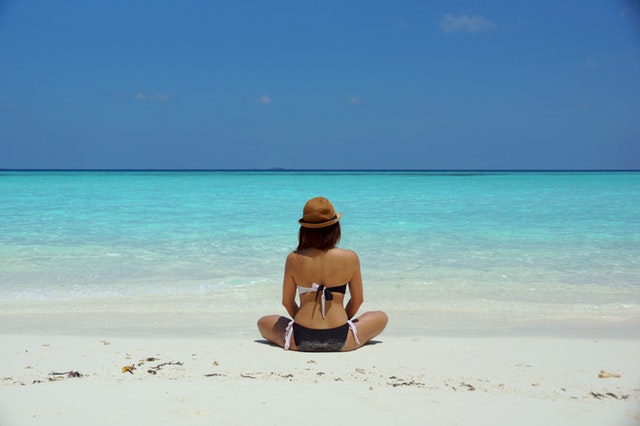 Diagnoses of depression and anxiety are on the rise, and both disorders have been linked with not only genetics but the high-stress lifestyles we lead. The only person who can diagnose and treat depression and anxiety are doctors, but most will note that supplementary and alternative care such as yoga and meditation can be helpful. With so many styles of meditation and yoga, it can be tough to figure out exactly what will help with your symptoms. Some trial and error are in order, and you may need to readjust your practice throughout your life. But do the ancient practices even work, to begin with?

Curing Anxiety and Depression with Yoga

According to Harvard Business Review, yoga has received less attention than meditation when it comes to research and decreasing anxiety and depression—but a recent survey estimated that since about 7.5 percent of adults have tried yoga at least once, there’s plenty of material available to dig deeper. The most common style of yoga in the US is hatha (sometimes blended with vinyasa) which combines poses with breath control followed by a brief moment of relaxation/meditation (savasana).

Studies focused on yoga and reducing anxiety and depression have shown that the body had a great, reduced stress response following yoga practices. It’s a form of “self-soothing” according to Harvard researchers, blended with an opportunity to socialize in a class setting. Simply being with people, and being touched (available in some classes), can be a great way to reduce depression symptoms for some people.

Yoga and the Stress Response System

Yoga has been shown to have the ability to modulate the stress response system, which decreases physiological excitement. In other words, both yoga and meditation have been shown to ease the respiration system, reduce the heart rate, and lower blood pressure. The effects take place during and immediately after class, and researchers theorize that the effects can be long-lasting with regular practice. Harvard researchers also point out that yoga has been shown to maximize the heart rate variability, which lets the body be more flexible when responding to stress.

At the University of Utah, a study was conducted that looked at yoga, stress responses, and how participants responded to pain. The researchers found that those with a poor response to stress also have a lower pain tolerance. In the study, 12 regular yogis participated along with 14 people suffering from fibromyalgia and 16 healthy non-yogis.

The three groups were given the same slight thumbnail pressure, and of course, those with fibromyalgia felt the pain and lower pressures than the other two groups. They also had the most activity in the pain response area of the brain according to MRIs. However, the yogis had the highest pain tolerance, even compared to healthy non-yogis. They also had less activity in the pain area of the brain. Researchers note that practices like yoga may help with stress regulation and, ultimately, pain response.

Harvard researchers note that yoga can be a great way to help manage both physical and mental health. Compared to other forms of exercise, yoga can be relatively low risk while offering high-yield results (of course, with so many styles of yoga, not all yoga is necessarily gentle). Last year, the Psychiatry Research journal showcased a study with 70 adults, all of whom were diagnosed with a general anxiety disorder. One group received meditation training, or “mindfulness-based training” while the other did not. The researchers found that those who were taught and practiced meditation had remarkably lower biomarkers for bodily stress after the study was completed. The researchers say that this suggests meditation alone can impact how a person feels on a cellular level. Meditation and yoga are often used together, but not always. Research has shown that using meditation by itself can be a fantastic means of aiding in depression and anxiety. (See also: The 5 Yoga Poses to Tone and Strengthen your Body)

Curing Anxiety and Depression with Meditation

Compared to yoga studies, there are many more studies on meditation and depression/anxiety—but the studies aren’t flawless. In some cases, there were no control groups. There’s also the risk of “expectancy bias,” which occurs when participants expect a certain outcome (such as for meditation to work). This operates as a kind of natural placebo. Both of these issues were considered in the Psychiatry Research study, with a bias controlled by not mentioning the link between stress and meditation to the groups. Lead researcher Elizabeth Hodge, a professor at Georgetown University, says that the results all come down to a person’s thoughts. Meditation doesn’t need to belong or flanked in ritual or ceremony. Simply slowing down, breathing, and quieting the mind may have the power to help those suffering from depression and anxiety.

Trevor is a freelance writer and recovering addict & alcoholic who’s been clean and sober for over 5 years. Since his recovery began, he has enjoyed using his talent for words to help spread treatment resources, addiction awareness, and general health knowledge. In his free time, you can find him working with recovering addicts or outside enjoying any type of fitness activity imaginable.