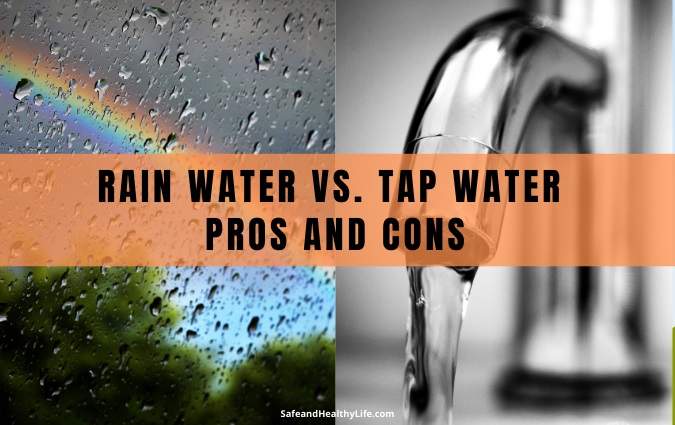 If we’re to list all the benefits of water, there would be no end to it. Everything on Earth is heavily dependent on water to survive and thrive.

Humans can go on for weeks without food but only days without water. Two scientists proved this in 1943 by depriving themselves of water, only living on dry food. The experiment was supposed to last three to four days, but the two started showing signs of dehydration on the first day alone. Lest risk death, the scientists called off the experiment early.

Despite the impending water crisis, tap water is still the preferred source of drinking water in most parts of the world. However, in areas where water isn’t abundant, people collect rainwater for them to drink.

Given benefits such as less reliance on water mains, rainwater might appear to be the next big thing. However, it pays to have a closer look at how the two stack up against one another.

Before water sanitation methods became standard, the best way of determining if a river or stream was safe to drink was with sight and smell. Nevertheless, water-borne diseases such as cholera and dysentery were significant health problems at the time. The introduction of chlorination by the turn of the 20th century was a game-changer, relegating most water-related outbreaks to footnotes.

Today, tap water undergoes several stages of treatment, which varies by country or state. However, most utility companies treat their water using these four phases:

In contrast, rainwater doesn’t undergo the same thorough treatment as tap water. In fact, rainwater collection systems, at most, only have sedimentation and filtration.

The runoff goes through filters like mesh screens before entering and exiting the pipe, while good old gravity pulls down particles in the water inside the tank. The rainwater has to be boiled before it goes down someone’s throat.

Tap water may be safer for people in this case, but it’s the opposite for plants. As the treatment has all but purged everything, tap water can’t provide as many nutrients. 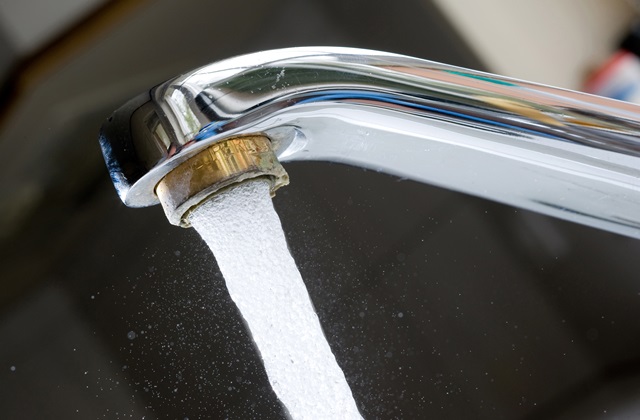 Rainwater, on the other hand, still contains a plant’s essentials despite being filtered. Moreover, compared to alkaline tap water, plants prefer the slight acidity rainwater brings.

You can see the range from The Water Tank Factory for a complete rainwater collection system  – water tanks and all.

Both tap water and rainwater offer convenience but for different reasons.

Utility companies deliver tap water to a household clean and pristine, ready to drink the moment it comes out of the tap. Some households put the water through additional measures like boiling the water, as the mains can be rife with particles and pathogens. It’s not a 100% guarantee, but it makes tap water much safer.

The availability of tap water, however, depends on how the source is. Utility companies can issue an outage if the source is too turbid, as processing it will damage their equipment and result in an extended outage.

This scenario usually comes after a storm where eroded soil and debris mix into the source. Similarly, the lack of water during droughts can hamper tap water production.

During outages, collected rainwater comes in handy. A good downpour, which occurs more often, can replenish tanks and provide a virtually endless supply.

It’s less affected by turbidity issues, as the water cycle only pulls water vapor up, leaving dirt and debris behind (particles in the air may be mixed upon rainfall).

However, the availability of rainwater can be erratic. Climate change has been responsible for the significant shift in the schedule of dry and wet seasons.

Drier months can deprive a house of usable rainwater in emergencies. Also, if the tank isn’t big enough, the house would miss out on precious rainwater come the wet season.

Rainwater collection is introduced as a way to rely less on water mains, especially with the increase in water rates.

In Denmark, which had the highest water rates at $6.70 per cubic meter according to a 2016 survey of 14 countries, water consumption had dropped to its lowest in over 20 years as more people had learned to conserve.

As the weather provides rainwater for free, having a rainwater tank eliminates the need to pay for water services. However, these tanks – along with the plumbing and other mechanisms – are quite an investment. For example, a 5,000-liter water tank can cost between $770 and $2,700 (depending on the material), excluding parts and labor. 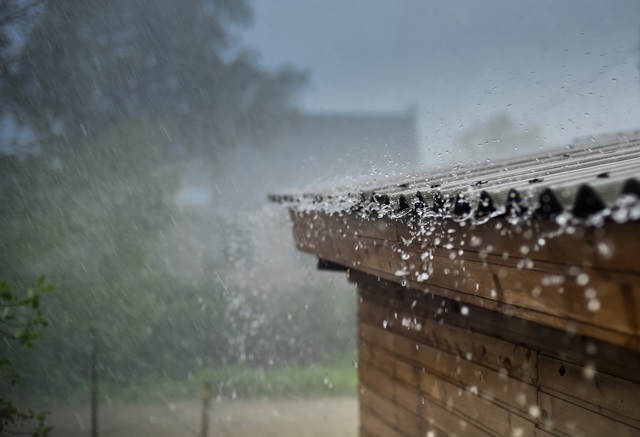 Depending on the local water rate, it may take years to recoup the cost of having one. Fortunately, local governments have been quick to offer rebate programs to encourage more people to install a rainwater collection system.

Meanwhile, tap water benefits from having the cost spread over a long time, paying tens for water every month instead of a one-time upfront of thousands. With climate change causing more intense extremes, natural sources of water are at risk of depletion.

New dams and aquifers have to be built; their construction costs are likely to be passed on to consumers in the form of higher water rates.

To summarize these points: Tap water is safer for humans to drink because of its treatment process. Plants, however, prefer rainwater because it has more nutrients and is slightly acidic.

Tap water can be delivered from treatment to tap in a flash. Rainwater is an ideal auxiliary source when the mains are experiencing problems.

The cost of using tap water is distributed over time, lessening the impact on a household’s finances. Rainwater, on the other hand, is better insulated against increasing water rates.

Due to these pros and cons, neither rainwater nor tap water has been able to supplant each other as the most viable water source. It’s still vital that your home has access to both sources to compensate for each other’s weaknesses.

Benjamin Weber has been writing articles about home improvement, relationships, and parenthood for almost ten years. Benjamin is a father to three children and uses his blog to provide informative tips to his readers worldwide.