Semi Permanent Make-Up: How Does It Work For Men? 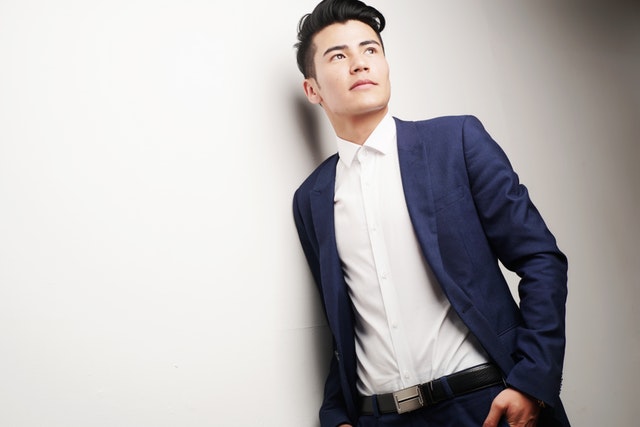 Semi-permanent makeup is considered to be ideal for the metrosexual man. But, it is very important to know how it generally works for men. Microblading for men is mainly known to be one of the most options in these days.

About The Cosmetic Treatment For Men

Nowadays, cosmetic treatments such as eyebrow enhancement, camouflage and also lip correction are not only restricted to the domain of a woman. Here are given about a few of the most important beauty procedures that can be opted by men too.

Most of the men usually prefer to go for the beauty treatments for the purpose of contouring and also enhancing the facial features. This is becoming much more popular among the men in these days.

Also, it includes beauty professionals and also salons who are involved in designing treatments that work for men. Semi-permanent makeup is most popularly known as the Micro-pigmentation. It is considered to be a boon for men these days.

Apart from that, it is considered to be an advanced cosmetic technique which employs hypo-allergic colors into the dermis for the purpose of treating the skin.

Various Treatment Options Which are Mainly Available For Men

There are generally many of the important treatment options which are available for men. So, these are mainly listed below:

In case, the men possess nil or scanty eyebrows or eyelashes then, they can preferably go in for this particular treatment. This is mainly done by the usage if the micro pigmentation technology which is involved in giving you a perfectly shaped natural looking brow.

Sometimes, in the case of men, the experience of hair loss can preferably cause a reduction in confidence and thereby the self-esteem is lowered with the help of it. So, one can easily have their overall hair growth regenerated with the help of hair stimulation technique. This particular technique is also known as micro-tattooing technique.

The actual texture of the hair, growth and also shape of the hair is usually mapped by the professionals for them to work on. Along with that, depending on the hair growth, it also takes about six to seven settings. Also, fuller lips are such a treatment which helps in achieving healthy and also plumper lips.

This treatment is considered to be ideal for both men and also women. Most of the people say that the men who possess thin upper lips or darker lips usually prefer to go in for this treatment. Also, these particular treatments are the permanent fillers and so, it can generally take about a month or so to be treated. In case, someone desires to get their lip line shapes, this is done along with this particular treatment.

There are various reasons for which scars generally appear in the face of men. It can be the one which is caused by an injury or acne. The treatment of this thing is possible only by using RF technology or micro-pigmentation.

There are many of the important steps which are needed to be followed as a part of post-treatment care. First of all, it is essential for you to preferably increase the overall intake of the fluids.

In order to detox your system, you should preferably keep drinking water or vegetable juices and also fresh fruit. Normally, after the successful completion of the treatment, your body is dehydrated and as a result, you will need plenty of fluids for the purpose of replenishing the system.

In case you particularly need aid, you should consult a doctor. In most of the times, there are people who often notice the side-effects a week or two later after they have undergone any sorts of hair or skin treatment. In case such a thing happens, you need to immediately consult a doctor and also you do not need to take any sorts of medication on your own.

Men most often struggle with proper grooming their eyebrows. Along with that, they often lose them completely due to accident or aging. This semi-permanent makeup treatment is considered to be ideal for men. Along with that, you can also get perfect brows without the feminine look for plucking, tweezing or makeup. This particular semi-permanent makeup for men helps to accentuate the face with a natural looking custom designed brow. This particularly uses the patent-pending technology that helps to emulate the real hair.

Most often, men are neglected by the beauty industry. Also, we know that most of the men want to look amazing. This is the main reason, the semi-permanent makes up treatment is considered to be very popular. This does not generally look like eyeliner but instead, it helps to give the illusion of thicker and fuller lashes.

In this way, it is particularly evident from the above section that the semi permanent make up treatment proves to be very much effective in case of men. Along with that, it also works in the most perfect way for men.

Jonathan Paul Aumentado looked to art as a creative outlet. Specializing in portraiture, the eyebrows have always played an important role in perfecting his finished product. He is a semi-permanent makeup artist at Perfect Frame Microblading.